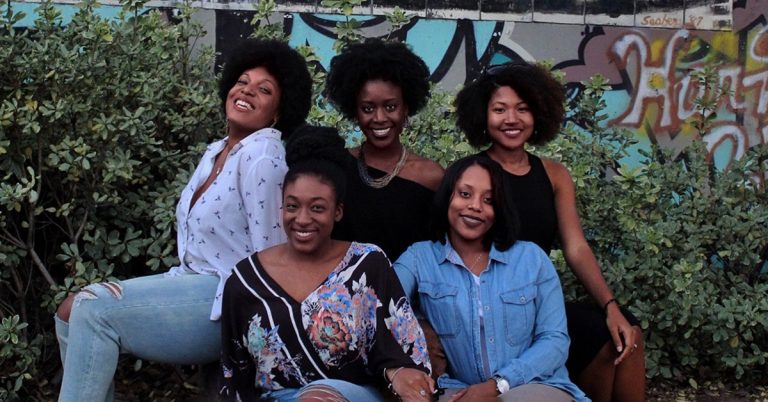 Womanism… A Black Feminism For Us, By Us

These are moments where we can be lost in an instant; where events and movements seem to have commonalities across race, class, and other group identities; moments where we can easily be swept away in a tsunami of universalist framing through social media and public support, leading us to believe that our concerns, struggles, and experiences are one.

In this critical period of #MeToo and #TimesUp, it is imperative that WE — women of color and male “allies” of color — have clear understanding of our long-standing history with patriarchy and white feminism so that we are standing strong in and leading from OUR lens, as opposed to leading and/or following from a “universalist” framework that all too often reflects a white-women-dominant cultural lens.

As we watch, once again, white women take front and center place in a movement birthed and nurtured by a Black Women (Tarana Burke, #MeToo) for 10 years before it rose to a more prominent public prominence by one Tweet from a white actress…as we once again listen to story after story of how patriarchy manifests from the perspective of economically privileged, socially-protected white women…as we see Sisters of Color often aligning with THEIR stories while still battling for media space in which to share our own…having and using that deeper understanding of OUR history to contextualize our #FUBU histories, is essential in keeping those stories from being absorbed in a narrative framed primarily from the experiences and lens of white-women-as-universal.

White women are not universal.

But the dominant narrative crafted around them—whether originating with them or having their complicity with one crafted by white patriarchy—is as old as the American Suffragette Movement.

Historically, white women often viewed and narrated oppression as only a white man’s game victimizing them without directly addressing the ways in which they have benefitted from their active complicity and support of white supremacy; their proximity to white supremacy (even when they were not full beneficiaries of it); and white political, social, economic and cultural power. From Susan B. Anthony and Elizabeth Cady Stanton to Betty Friedan and Gloria Steinem, white feminism has always centered the concerns of white middle-income women, relegating women of color—their bodies, voices, and concerns—to the background or ignoring them entirely, until they needed their bodies and voices (but still not their concerns) for political capital.

White Feminism has not been as much a movement to re-order society against patriarchy, as it has been to broaden the share that white women have in access and opportunity to the spoils white men continue to enjoy and people of color— especially women of color—continue to be denied.  As such, Ida B. Wells’ crusade against lynching–-close to 200 Black women were lynched by white people between 1880 and 1930 (Crystal N. Feimster, “Southern Horrors: Women and the Politics of Rape and Lynching”)—was studiously ignored by white Suffragettes. Suffragettes who had supported “Black equality” drew that line at supporting the 15th Amendment since it did not explicitly state that women would not be denied the right to vote. As Susan B. Anthony famously said, she would “…cut off this right arm of mine before I will ever work for or demand the ballot for the negro and not the [white] woman.” Betty Friedan and Gloria Steinem fashioned the modern feminist movement from a “…white-girl-problems-worldview” centering both whiteness and (middle/upper) class.

This central reality is why it is critical that Black and non-Black women of color—and men of color—in this time of #MeToo and #TimesUp know about and the history of OUR movements resisting patriarchy and building our own movements that centers the realities of women of color.

We must understand what Black women and other non-Black women of color—from Anna Julia Cooper to Amy Jacques Garvey to Florynce Kennedy to Paula Gunn Allen to Jovita Idar to Gloria Anzaldua  to Sylvia Rivera to the women of the Combahee River Collective; the list is long and includes Cis-, Trans, Bi, Two-Spirit, and Same Gender Loving — knew: that to simply assimilate into the White Feminist Movement was to codify the invisibility of Black and non-Black-women-of-color. They also knew that patriarchy operated differently in communities of color; they understood and included in their analysis and strategies the ways in which men of color participated in patriarchy and also the ways in which they were outside of its benefits. (They also understood that there were many men of color who, like some white feminist, were fighting to increase their ownership stakes in the spoils of patriarchy.) They experienced the ways in which white women were not seeking to demolish social hierarchy but rather to secure their positions in the upper echelons of it. And they moved to build their own as a legacy to those who came after.

“Feminism is not simply…a movement to ensure that women have equal rights with men…It is…a commitment to reorganizing U.S. society so that the self-development of people can take precedence over imperialism, economic expansion, and material desires.”  This “Black Feminism” movement was birthed inside of the white feminist movement to claim that visibility that the “universalist”, whiteness-centered white feminist movement actively denied them.

“Womanism” (Alice Walker)—which was not birthed inside of the white feminist movement but from the womb that centers the realities of women of color–not only acknowledges the anti-Blackness that is in the DNA of the white feminist movement, but makes completely visible Black women’s cultural relationship to not only white men and Black men, but to white women. It acknowledges the role that white women play in continuing race-based oppression and white patriarchy: their complicity, their anti-Blackness, their comfort with moving only as far as their concerns take them, their share of patriarchal spoils.  It explains why there is not outcry when Black women are victimized; not solidarity with the ways in which Indigenous women and Transwomen of color and Same Gender Loving women center our own concerns; not understanding of the nuances of patriarchal manifestations based on the history of race in America — or the role of white women (and also sisters of color) in perpetuating them.

The Limits of “Allies”

As women of color in shared, multi-racial, ahistorical spaces, we also need to recognize our own complicity in being used.  In reaching out and hanging in through instance after instance of anti-Blackness and “business as usual” microaggressions directed at women of color by “white allies.” Hanging in even as we are thrown under the bus by our “feminist” white “sisters” when it gets lit. Basking in the acceptance of white feminists—and the roles at the table they allow — until they don’t.  Having only basic knowledge of the history of these relationships, and ignoring (or not heeding) what we know. Willingly putting aside agency for acceptance —as long as we perform in ways that are most comfortable for them: without historical contextualization and with a strict adherence to a “non-divisive” universalist frame.

All of this we saw play out, in real time, in the events leading up to and culminating in the 2019 Women’s March where Black women were demonized by their white feminist sisters because they did not “repudiate” Louis Farrakhan, a man who holds no position to create or implement policy that would impact the lives of white women, men, or children across America.  In a country where a majority of white women voted for Donald Trump to the highest policy position in the USA; voted Steven King back in Congress to a policy position; voted for child molester and white supremacist Roy Moore, repugnant comments by private citizen Louis Farrakhan were the stake on which Black women lead organizers of the March were publicly crucified when they tried to share, from the perspective of Black history and context, why they resisted the demand to “repudiate” him from members of a society that routinely demands that of Black people while excusing and protecting those belonging to groups with actual histories of racialized violence – both policy violence AND physical violence.  Ignoring historical contextualization or resonance, the demand was for Black women to step outside of their context and historical understanding and to assume a whiteness lens context devoid of acknowledgement of a USA historical power and policy dynamic.  Using this frame, offensive speech of a private citizen with absolutely no power to impact lives of privileged people is equitable to beliefs and actions of those with policy power to impact lives of people across the nation.

Womanism…Gender Analysis For Us, By Us

In this time of #MeToo and #TImesUp, it is easy for Black women and non-Black women of color—and especially activists who are not taught this history and have not yet discovered it on their own—to ignore or forget this history; to be “caught up” in social media solidarity and our own experiences and pain.

We open ourselves to being used when we have only basic knowledge of the history of these relationships, and ignoring–or not heeding–what we know.

The roadmaps left by our Foremothers – those upon whose shoulders we stand in this work – are there for us to read, to heed, and to build upon.

This historical knowledge is power.  And in the midst of #MeToo and #TimesUp, maybe we should resurrect #FUBU – For Us, By Us – not from a spirit of exclusion, but from an understanding of what we face in a white supremacist country and from a vision centered in what WE would choose for ourselves and our daughters and sons.