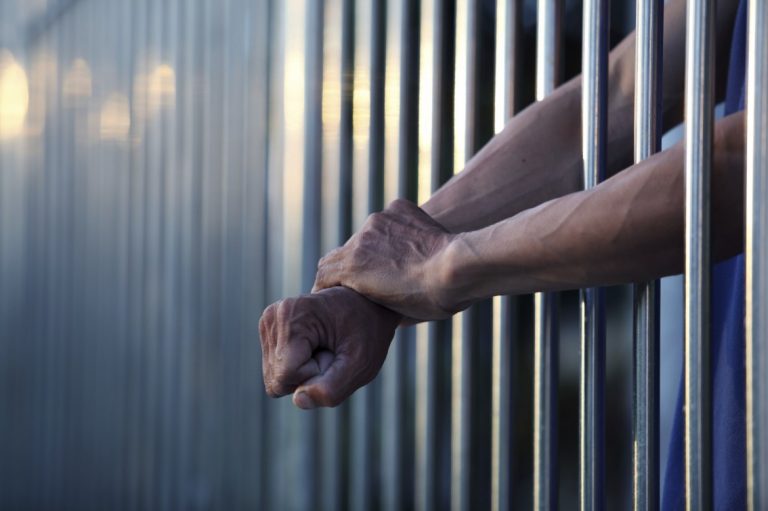 Will Liberal Hypocrisy in Maryland Make Another Kalief Browder Inevitable?

When a train crashes, investigators often study the path which led to the catastrophe. Carnage abound, we’re left only to look further up the track to find where we could have avoided the crash.

One wonders whether in a few years if some will look back at this legislative session and see it as the critical point where the state’s movement on social justice began to go off track.

The battle for bail reform in Maryland has taken twists and turns, including campaign contributions from the bail bonds lobby, wining and dining lawmakers, and consistent misinformation.

At the core, however, the question at hand is a simple one. Will the Maryland Democratic party allow an unanimous state appeals court ruling citing the increasingly accepted argument that it is unconstitutional for someone to be held in jail simply because they are too poor to pay bail, or will the Democratic party pass a bill championed by the bail bonds industry to roll back this court ruling and ensure a bias cash bail system as the default for the state?

In other words, a statewide coalition of advocacy groups is at this point simply asking state lawmakers to do nothing and let the court rule take effect. Even this basic stance has been met with furious opposition from the bail bonds industry and Democratic lawmakers.

That there would be such consternation over the issue of bail in a so-called progressive state like Maryland might surprise some, especially after the highly-publicized case of Kalief Browder revealed in graphic detail why the status quo needs to change. In 2010, a then 16 year old Kalief was accused of stealing a backpack. After being first unable to make bail and then denied it, he refused to plead guilty was forced to spend 3 years waiting for his trial in the notorious Riker’s Island prison. There he was subject to physical abuse and solitary confinement, poignantly documented in the Spike TV documentary TIME: The Kalief Browder Story. He attempted suicide in Riker’s in 2012 before the charges against him were dropped in 2013. After his release, he became an outspoken and well-known activist before tragically taking his own life in 2015.

The pretrial release provision in the Maryland state court of appeals ruling could have kept Kalief home while awaiting trial and can prevent future incidents where people are needlessly jailed pretrial. The bail bonds industry has concocted a plethora of red herring arguments to claim this would be a bad policy, shifting focus from the true reason behind their opposition; such a rule would be bad for their business.

Kalief’s story exposes why the so-called “debate” over pretrial justice reform currently happening in Maryland is so absurd. The bail bonds industry has presented the red herring argument that any pretrial reform which leads to less cash bail will lead to more electronic monitoring, inserting the specter of a shady “Big Brother” state versus the relative “freedom” cash bail provides. For the poor people like Kalief who are forced to stay in jail simply because they are poor, cash bail represents the codification of violent system designed to target poor people of color. Being stuck in your house and monitored is annoying and frustrating; Kalief’s story shows that being an innocent person forced to stay in jail on the basis of an inability to pay bail can devolve into pure hell.

As such, on the level of moral mathematics, this can not be called a legitimate debate. Yet in Maryland, moral mathematics has taken a backseat to naked political calculation. Bail bondsmen have given out nearly $130,000 in campaign donations in Maryland just this year. This includes massive amounts of money to the chairs of the house and senate judiciary committees, where issues of criminal justice are heard. With a statewide election approaching next year, politicians are jockeying for political position and campaign donations. This, combined with the support of one of the state’s most powerful lobbying firms, has given a veneer of ambiguity to give some lawmakers permission to vote their self-interest and claim it as reflecting desires of the community.

To call this act hypocrisy is not to make a moral judgment on the individual lawmakers, but rather to point out the intellectual chasm between the espoused values of the liberal lawmakers and the implications of their advocacy. Pro Bail Bonds lawmakers have advanced an argument saying the court of appeals ruling, which tells judges to prioritize non-financial conditions for pretrial, would violate the freedom of judges, who should be free to pick any condition that he or she wants. Judges, in their argument, should be free to choose whether they want non-financial conditions (which they again characterize as only electronic monitoring) or bail. This argument is:

1st On face incorrect: There is no world where the accused get to pick which conditions for release they receive.

3rd Codifying bias: Overruling the rule change would allow judges to default to what they are used to, cash bail, a system found to replicate racial bias. Judges in Louisiana gave Black defendants higher bail the week after the Louisiana State Football team lost a football game.

While claiming their bill would advance the liberal interest of freedom, they justify the ultimate violation of freedom, forcing poor people, convicted of no crime, to be incarcerated simply because they can’t afford bail.

Maryland is one of the few states where Democrats control both chambers of the state’s legislature and the state is nearly a third Black. The Maryland Democratic party has built itself up as a progressive bastion in “Trump’s America”. Many lawmakers, including the Legislative Black Caucus, have come around on the issue of bail reform and are poised to stand strong against this bill if it does indeed come up for a vote. A nasty floor fight between Democrats appears all but inevitable if it does, and the results of this fight right now are uncertain.

The party recently claimed victory by getting the Republican governor to agree to sign a ban on hydrolic fracturing (fracking). This issue presented a unique form of “interest convergence” between white progressives and white rural homeowners, giving both sides political cover to ban what would only ever amount to a niche industry in Maryland. Bail, however, is big business in the state. The industry extracts over $250,000,00 from Maryland residents every year.

The test of a parties’ commitment to a community is not whether it can hammer out incremental progress in the face of political tailwinds (ex. Last year’s policing reform legislation), but whether they are willing to stand up to political pressure to promote policy that pass the test of social justice, or at the very least, the test of basic common sense. Senate Bill 983 fails on both accounts, causing one to wonder why it has been so hard to get Maryland’s Democratic party to commit to literally do nothing and let the court of appeals ruling take effect.

Given how relevant this quote is to the Maryland bail bond fight, it is perhaps no coincidence that during this Maryland General Assembly Session, the bail bonds industry flew in the current head of the Southern Christian Leadership Conference, the organization MLK helped found, to testify in favor of its legislation, claiming it would help fulfill King’s vision of a “beloved community”.

It is unknown what King would think about him being used in this way, but one wonders how one makes a “beloved community” behind bars. One wonders if Kalief Browder would feel his incarceration helped reflect King’s principles.

For more information on what you can do to support bail reform in Maryland, check out our legislative update page here