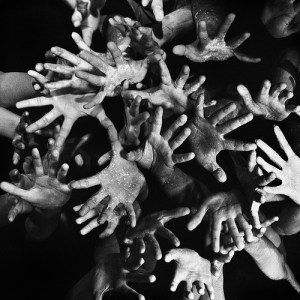 Members of Leaders of a Beautiful Struggle have often stressed the importance of having those most directly impacted lead legislative efforts on the issues which impact their lives.

This is especially important in the context of bail reform. Black communities are disproportionately represented in the ranks of people detained not for being found guilty of a crime, but rather for having insufficient cash to buy their freedom from legal bondage. Black communities suffer the most when its people accused (not convicted) of minor crimes languish in jail simply for being poor. Once they return to their communities from jail, they are more likely to commit a crime than they would if they were released back into communities without jail time. Thus, incorporating community at all stages of the legislative process and finding community centered alternatives to pretrial incarceration should clearly be at the center of pretrial justice reform.

Yet, these are not the issues addressed in most of the bills on bail reform being presented in Annapolis. This fact reflects the reality that most of the bills do not come from organizations led by — or have formal mechanisms of accountability to — communities most impacted by the issues. Specifically, the organization Maryland Alliance for Justice Reform (MAJR) has attempted to position themselves as the power broker on the issue of bail. The problem with this is there are substantive differences on the “best practices” determined by a community consensus and the mainstream liberal consensus represented by groups like MAJR.

Against Evidenced Based Oppression

Groups like MAJR consistently talk about so-called “evidence-based” “race neutral” risk assessments which can create a statewide template for “best practices”. Professor Tim Goddard at Florida International University and Professor Randolph Myers at Old Dominion University explain that without recognition of the depth of institutional racism and constant input from the community, these risk assessments can become a form of what they call “evidence-based oppression”.

The questions of these risk assessments decontextualize one’s life experiences from the broader community and systemic conditions that shape the person’s choices. Risk assessment questions use employment history, time living at the residence, and a history of drug abuse as predictive factors and further serve as proxies for race, which turns systemic poverty and over enforcement of drug law in black neighborhoods into “objective” proof of the risk of future criminality.

Despite the veneer of altruism, these notions of “race neutral” “evidence driven” public safety replicates the same logic of control and surveillance reflected in the Baltimore spy plane incident, where in the name of “protection from crime” citizens and activists were targeted for perpetual surveillance. In fact, the same foundation which funded the Baltimore spy plane, The Arnold Foundation, produced the risk assessment which folks like MAJR are asking communities to trust. Despite not being from, or having a formal mechanism of accountability to, the very communities they claim to be protecting, these risk assessments will determine whether Black people are a “risk to community” without any input from said communities.

While MAJR claims to not be tied to the Arnold Foundation’s risk assessment model, this argument misses the point completely. As Goddard and Randolph conclude, only through tapping community expertise and placing it at the center of the pretrial/risk assessment process can the risks of “evidence-based oppression” be properly addressed. This is a reality forestalled when groups like MAJR, and others not from the most impacted communities, are placed at the center of political conversations on pretrial justice reform.

We are not arguing that groups like MAJR are inherently wrong or hypocritical. We acknowledge that MAJR is not a monolithic group. Yet there is a difference between the incorporation of diverse bodies and the centering of power to those most impacted by issues.  The latter recognizes the expertise and capacity of the community to solve its own problems.  MAJR’s presentation of its bill, without consultation with nor deference to community-led Black and Brown groups outside of their alliance, shows they lack follow through on any professed commitment to be cognizant of the problems with centering institutional nonprofit advocacy groups on this effort.

Political negotiations are difficult and despite talk of objective “political science”, it can be seen as more of an art, triangulating between political concerns, community needs, and legal minutiae. There are almost 10 bills being presented on bail reform right now. The decision over which bills get through committee and which ones die is a political act in itself.  The organization that champions a bill that gets through committee is often empowered to be the key negotiators going forward. There is a real risk of a trade-off between bills being presented by groups like MAJR and bills presented by other lawmakers, such as members of the Legislative Black Caucus who usually have a more clear connection to communities most directly impacted, to justify their bills as the starting point for negotiations of pretrial justice.

There is thus a real concern over groups like MAJR making concessions in negotiations which do not reflect the desires of communities most impacted by issues of bail. Already problematic is MAJR’s language on limited “pilot programs” for pretrial services as opposed to a funded mandate to create pretrial services statewide; their preference for statewide “best practices” as opposed to giving localities the flexibility to develop their own risk assessments (in concert with community); and a lack of discussion on community centered pretrial diversion programming.  It all boils down to a fundamental difference between communities creating the starting point for policy dialogue versus a well-meaning, yet nevertheless disconnected advocacy organizations.

This is a call for dialogue on the terms of community, not on the terms of traditional advocacy organizations. This piece is designed to reflect the urgency of this dialogue, as data centric language and political jargon can sometimes obscure the high stakes which are at play. Make no mistake about what is at stake in conversations on pretrial justice reform.  The critical question to ask is “Who is empowered to negotiate on the question of Black Freedom?”. Given all the facts, we feel any answer besides “communities most impacted by/accountable to community and community expertise” is not just bad practice, but produces bad policy.

MAJR’s leadership has demonstrated a fundamental lack of what we call race literacy. They will say in conversation that they believe in equity, but have been socialized in the common practice of white people speaking authoritatively for Black people. Phil Caroom who is a former judge who has taken the lead in Annapolis on criminal justice reform, has unintentionally led an organization that is majority white to position itself as the primary organization in Maryland working on criminal justice in the mind of many legislators. This does not make them exceptionally bad. Most majority white organizations operate this way in regard to Black people. But they must be held accountable to for the way that they are perpetuating white supremacy.  We need our allies to publicly demand that Majr withdrawal their bills and support the legislative efforts of LBS, Out for Justice and other Black led grassroots organizations.