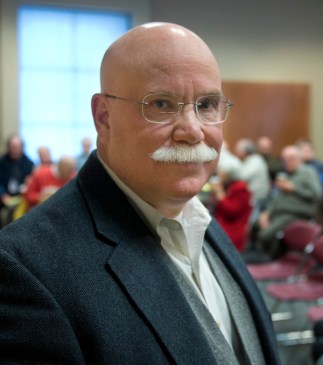 Who’s Afraid of Common Sense?: A Grassroots Response to The Baltimore Sun on Police Reform

Written in response to a piece by Karl Bickel which was published in The Baltimore Sun. We’re publishing this piece on our website with the hopes of creating a more informed conversation on the Law Enforcement Officers Bill of Rights (LEOBR).


The piece written by Karl Bickel in the Baltimore Sun about LEOBR mis-characterizes the legislative demands that are being levied by advocates of police reform. Mr.Bickel’s piece replicates an error seen on both sides when discussing the LEOBR, neither its defenders nor those seeking to reform it have been able to clearly articulate exactly what this Kafkaese rule do and explain it to people in a simple way. However, in our conversations with lawmakers, activists, and regular people, we as activists have constantly seen that once people actually understand the law, they usually find it, in its current form, indefensible.

There are 2 very specific provisions in LEOBR that do not exist in other industries or professions. LEOBR requires that the trial boards that determine discipline for police officers that are accused of exccessive force or misconduct are made up exclusively of other law enforcement personnel. Essentially, police officers are evaluated solely by their colleagues, without any substantive decision making power being vested in the communities which they serve. This is not standard practice in any other major industry that is designated as a public good. Public safety is a public good and the people who are being served should have a substantive role in determining the disciplinary actions imposed on an officers who engages in misconduct or excessive force.

The second provision we want to outline here is that only law enforcement officials can question an officers accused of misconduct. This is another provision that excludes people outside of the institution of policing from substantive engagement with the process of holding police accountable. In order to make sure that police are actually being held accountable we need people outside of the agency to be involved in the investigation in order to ensure transparency. For instance, if a police officer is accused of engaging in sexual assault, it seems that you would want a professional who specializes in dealing with these kinds of issues to interrogate the officers. There are special kinds of skills, training and expertise that professionals have in dealing with issues of sexually assault, but the way that LEOBR is written, it would exclude the ability for an expert on sexual assault talking to an officer who is accused of misconduct. Furthermore, if there are communities that organize effectively who want to be a part of the process of getting information necessary to hold police accountable LEOBR prevents this.

The Op-Ed published by the Sun characterizes the demands of activists into straw man arguments which obscure the weakness inherent in the defense of Maryland’s current LEOBR. For example, Mr. Bickel focuses on claims that advocates are off-base because LEOBR does not affect the ability to bring criminal charges. He assumes that all activists have the same simplistic desire to have all accusations of misconduct charged in a criminal court. In reality, we know it is inevitable that most accusations of wrongdoing will not go to trial. Thus, far from the internal disciplinary proceeding being irrelevant or misguided target for activists, it is the ONLY strategic target in terms of creating a consistent disciplinary mechanism which can serve as a deterrent to law enforcement abuses of power.

Under the scrutiny of logical reflection, defenses of other facets of the current LEOBR also fall apart. The so called 10 day rule is also mischaracterized by Mr. Bickel. It is as if he thinks reform advocates claim police get magical powers to avoid any questioning under the current law. In reality, cops who are accused of wrong doing can be asked questions, but cannot be compelled under force of discipline to give a formal statement for 10 days. This may seem rational in the abstract, but think about it. Testimony from cops themselves show it takes only 1 to 2 days for cops to get legal counsel from the union, so why deny the public, and potentially grieving and traumatized families critical information, of these incidents, for an entire extra week? This feeds the perception that this time is used by cops to manicure their statements to shade these incidents in the most favorable light. It is this sort of structural inequity, not the personal fervor of advocates, which drives a wedge between the cops and the community and prevents the sort of unity Mr. Bickel seems to desire so much.

Finally, in claiming that activists are “derisive” the piece engages in a typical rhetorical maneuver for defenders of the LEOBR, claim that other issues less integral to policing practices and more palatable to the power structure are where “logical” and “rational” activists would focus, thus framing LEOBR change advocates as “irrational” and divisive. The fact of the matter is those who have studies this issue, ranging from the libertarian leaning CATO institute and the recently publicized Black Lives Matter statement of policy demands have agreed the LEOBR itself is a radical departure from notions of far practice in law enforcement. This argument is not divisive or even radical, it’s common sense; the teachers accused of giving their students answers to standardized tests in Georgia didn’t get a panel of fellow teachers to decide if they had broken the law, they were subjected to outside scrutiny. If these state employees with the power to decide As and Bs get this level of independent scrutiny, why is it so “radical” or “devise” to ask that state employees with the power to decide life and death get at least some forms of outside oversight?

In trying to show up protesters, Mr.Bikel shows ignorance of the facts and the common sense need for police reform.