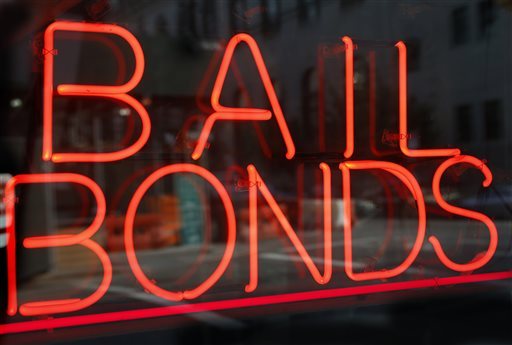 The fight for Bail Reform in Maryland is coming down to the wire towards the end of the 2017 General Assembly. With new things happening everyday, its important that we give you accurate/updated information. Check back to this post daily to get updates on bail reform.

Countdown Until the end of the 2017 MD General Assembly

The bail bond industry is working on a last-ditch effort to protect their bottom line by creating a task force to study the impact of pretrial detention and release by amending other bills – SB 459 / HB 1494  . However, legislation is not needed. Members of the MGA, as well as the Judiciary and Executive branches, already have the tools to study the use of cash bail in our pretrial systems.

WE ONLY HAVE A FEW HOURS LEFT. Go to www.mdelect.net, find out who your legislators are, and tell them to REJECT these amendments!

MD House Speaker Michael Busch announces the he will NOT call SB 983 to a vote on the House Floor (even if voted out of the House Judiciary Committee) – effectively killing the bill.

Unfortunately the MD Legislative Black Caucus vote was not enough to keep SB 983 in the Rules committee until the end of session. SB 983 will only be held until tomorrow – 4/4/2017. With that being said, your phone calls are going to be very important for the rest of session to ensure that SB 983 does not pass and undo the MD Court of Appeals ruling that is an important first step toward meaningful bail reform in Maryland.

When SB 983 comes out of the Rules Committee it will go to the House Hudiciary committee. We are deadlocked with the votes against SB 983 and we only need one more vote to kill SB 983 in committee.

The Legislative Black Caucus of MD stands up to the bail bond industry – votes 31-5 to oppose SB 983.

We want to encourage the MD Legislative Black Caucus to take up the issue tomorrow morning of strongly demanding that the Speaker of the House of Delegates, Michael Busch, to hold SB 983 in the Rules committee. Sen. Mike Miller and Sen. Bobby Zirkin want this bill to pass in order to protect the bail bonds industry.

We still have a chance to kill this bill. SB 983 now goes over to the House of Delegates. It currently sits in the rules committee where a determination will be made about whether the bill should be heard in the Judiciary committee and the House floor. The reason it is in the Rules committee is because Delegate Anderson withdrew the crossfile to SB 983, HB 1215 last week. Technically the bill should be dead given that the House bill has been withdrawn, but it is up to the Speaker of the House, Michael Busch, to determine whether this bill gets to come out of the Rules committee and into the House Judiciary committee.

Here is what you can do:

1. Call speaker Busch’s office and demand that SB 983 be killed in the rules committee. This would effectively kill the bail bonds industry’s bill.

2. Call the members of the Legislative Black Caucus to demand that they tell the Speaker to kill SB 983 in the Rules Committee.

In the beginning of the legislative session we were advocating HB 1390/SB 880. This bill would have fundamentally done two things. The first is that it would have required judicial officers to exhaust all non-financial conditions for release before cash bail is considered.  It also would have instructed jurisdictions around the state to establish pre-trial services and risk assessment tools that would help to make proper assessments about who should and who should not be released pre-trial. This would have helped us to reduce the amount of people in jail pre-trial.

Back in February the MD Court of Appeals handed down a rule change that instructed judges and judicial officers to do as much as possible to avoid giving defendants cash bail. The point of HB 1390 was to support what the Court of Appeals did in trying to reduce the number people awaiting their trial behind bars simply because they don’t have money to pay bail.

What also happened was that the bail bonds industry introduced their own bill which is HB 1215/ SB 983. This bill repeals the Court of Appeals ruling mentioned earlier. It fundamentally keeps in place flawed bail system that we are trying to dismantle. Unfortunately the bail bonds industry has targeted our Black legislators and traditional Civil Rights organizations and have produced a very volatile atmosphere.

A couple weeks ago we decided in consultation with our partners to focus on killing SB 983 and preserve the Court of Appeals ruling. We were successfully able to convince our house sponsors to withdraw both HB 1215 and HB 1390 in order to send a signal that we should preserve the Court of Appeals ruling and come back to looking a legislation in the future.

Even though we were able to get the bail bills withdrawn in the House, the Senate is trying to pass SB 983. The bail bonds industry wants this bill to pass in order to undo the rule. We need to do what we can to kill SB 983 on the Senate floor and keep it from going over to the house.

PrevPrevious4 Things You Can Do to Support Bail Reform in Maryland
NextWill Liberal Hypocrisy in Maryland Make Another Kalief Browder Inevitable?Next