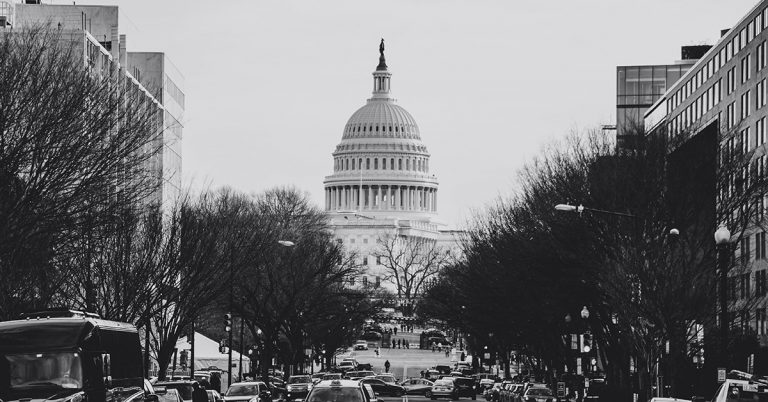 The Squad vs Pelosi. People-Powered Politics vs. Corporation Powered Posturing

The controversy between the so-called squad – which includes Congresswomen Ilhan Omar, Ayanna Pressley, Alexandria Ocasio-Cortez and Rashida Talib – and the attacks that they have been subjected to by both Speaker Nancy Pelosi and US President Donald Trump, have sparked tremendous controversy and interests during the past week.

There are many dimensions of this controversy that are worthy of meaningful dialogue. Among the myriad of issues raised are:(1) the racist and patriarchal attacks from both Pelosi and Trump as an attempt to maintain the hegemony of white moderate political leadership; (2) the characterization of these four Congresswomen as “disrespectful,” and “angry” as a nod to respectability politics; and (3) the diminishing of their base of support as merely people who occupy the Twittersphere.

Many of these issues have been adequately discussed by many people across the US. The issue that does not lend itself to the sexy dramatic theater that has consumed social media and the 24-hour news cycle is the rendering of their political and legislative methodology as a function of their personalities and not careful, thoughtful and intellectually rigorous political praxis.

Many people would describe the nature of their advocacy in Congress as passionate or energetic.  The white imagination that is seared into the American collective consciousness has often gravitated to images of dramatic speeches as the substance of political resistance to white supremacy.  The impeccable ability of these four Congresswomen to address themselves to the public is an asset to their overall work of challenging the system of white supremacy.

The concern that we should have at this moment is that the rhetorical prowess of these Congresswomen, and the moral outrage that has rightly accompanied much of the public conversation about this controversy, does not obscure our ability to see and substantively engage the legislative/political methodology that they have deployed to change the structure of the status quo mechanisms of the legislature.

For those who may not be aware, the American legislative process is very top-heavy.  The Speaker of the House of Representatives has great control over the chamber that she presides over.  She appoints committee chairs, assigns legislators to committees, and controls what legislation is put up for a vote on the floor.

This is a tremendous amount of power. This also means that the Speaker can set the legislative agenda for the Democratic party. Given the power that corporations have over both major American political parties, the corporate sector exercises significant influence over who becomes the Speaker and typically exerts significant influence over the Speaker’s political agenda.  This gives the corporate wing of the Democratic Party, in the case of Speaker Nancy Pelosi, the power to set the legislative agenda for the House. The centrist, corporate wing of the party, has had to keep at bay the emerging embrace of policies like universal healthcare, the Green New Deal, increasing the minimum wage, canceling student loan debt, and many other more left-leaning proposals.

Pelosi and her centrist political approach have expressed symbolic support of these kinds of efforts while relegating them to the margins of the party’s legislative agenda. As it relates to issues that most directly impact Black people, our problems are usually placed in the category of efforts that occupy the margins of the parties’ legislative priorities. We are often told that party unity is most important.  What this usually manifests as are piecemeal legislative efforts that amount merely to disaster management. The above-mentioned Congresswomen are in the tradition of legislators who use the power of their base to push the centrist Democratic Party towards substantive concessions.

Some people find this to be a practical approach to politics that is effective. There are some contexts and some situations where an argument can be made that this is a viable approach to getting concrete material gains for a constituency.  The problem with this methodology is that the legislator’s limits are circumscribed by the allowances that are conceded by the corporate sector by way of their control of the Speaker.

In other words, this approach requires submission to the authority of the Speaker, with no meaningful leverage in the arrangement. In most cases, the limits of the corporate sector are at odds with the needs of the base that is most reflective of the squad’s districts.  This is best illustrated by Alexandria Ocasio-Cortez’s interview with Jake Tapper on her legislative approach to the crisis at the US/Mexican border.

During this CNN interview, Tapper asks Rep. Ocasio-Cortez about the fact that she did not vote for the Republican Senate border bill or the House border bill.  His line of questioning consists of him asking what would she vote for that could pass. She poignantly points out that the nature of her vote against both proposals requires a conversation about the process in which the bills came before both legislative chambers.

There are two things to focus on here. First is that the Democratic Party has traditionally been willing to advance symbolic legislative gestures to give the appearance of their advocacy for people of color. Rep Ocasio-Cortez wants the bill to have language that specifies that money that goes to the border is used for humanitarian purposes, like providing toothbrushes and toothpaste to children being detained at the border.

The two proposals that she voted against did not contain this language. The Administration in the past had taken dollars that were approved congressionally and spent them in ways inconsistent with the congress’ intent. She wanted to make sure that the money actually would go to the families and children at the border this time around. The Democrats were content with just authorizing the funding without the language that spells out exactly how the money should be spent.

Tapper’s question centered around the idea of getting her to say what she was willing to vote for that could pass, and framed her vote against both proposals as potentially inconsistent with her overall objective.  Speaker Pelosi was more interested in getting a deal done, regardless of its actual impact.

If Rep. Ocasio -Cortez were taking the status quo approach to legislative advocacy, she would be reluctant to criticize Speaker Pelosi publicly.  But her legislative power is not based on submission to the Democratic establishment leadership. As she states in the interview, her base expects her to do more than the traditional symbolic gestures that are a vital feature of the exploitative relationship between the Democratic party and people of color (particularly Black people). If she and the other members of the squad had not voted against both bills, they would be forced into a position to appease their base, who elected them to disrupt politics as usual, not adjust to it.

The second dynamic to observe from the CNN interview is the function of her vote against both proposals is to use her base and platform to pressure the Democratic Party establishment to take more bold and substantive stances on issues that impact her base of support.  If she had fallen in line with the leadership, there would be no pressure for the party leadership to demand more from the administration regarding the conditions of the children and families at the border. Fortunately, Rep. Ocasio-Cortez has a base that is independent of Speaker Pelosi’s sphere of influence, which is disruptive to the political establishment.

This is why Pelosi’s comments that minimize her base and her other disparaging comments are so important. Pelosi is attempting to undermine the squad’s ability to be disruptive to the Democratic Party establishment. What good is a Democratic Party majority in the House if you can’t negotiate essential toiletries for families into a bill like this?

In addition to the rise of new political leadership in America, the critical image of women of color ascending to civic leadership and many other important issues to discuss, we would be remiss if there was no attention called to the legislative approach that is being deployed here to disrupt the party leadership.

Former Congressman Parren Mitchell of Baltimore, MD in 1976, with the support of the Congressional Black Caucus which at the time was small in number, pushed forward legislative advocacy on “minority set-asides” during the Carter administration that required a certain percentage of Federal contracts to go to “minority” owned enterprise.  Former Congressman Adam Clayton Powell of Harlem, NY, then councilman and in partnership with A. Phillip Randolph, was able to organize the March on Washington Movement in 1941, where the threat of a mass march of Black people on the capital resulted in President Franklin Roosevelt desegregating the war industries in exchange for them calling off the march.  Rep. Ocasio-Cortez, Rep. Pressley, Rep. Talib, and Rep Omar are the newest iteration of an approach to legislative advocacy that has a track record of effectively delivering results for the community that they represent.

It is imperative that we see this not just as a moment of resistance to white supremacist attacks on women of color, but we also use this moment to highlight the political strategy being deployed by these Congresswomen, as something that is emulated by legislators all over the country.