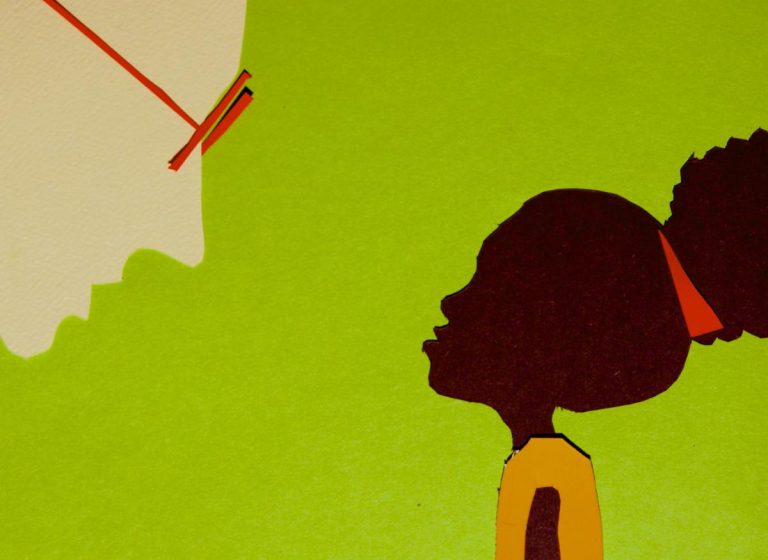 The Industry of Black Suffering: Breaking Down the Non-Profit Industrial Complex 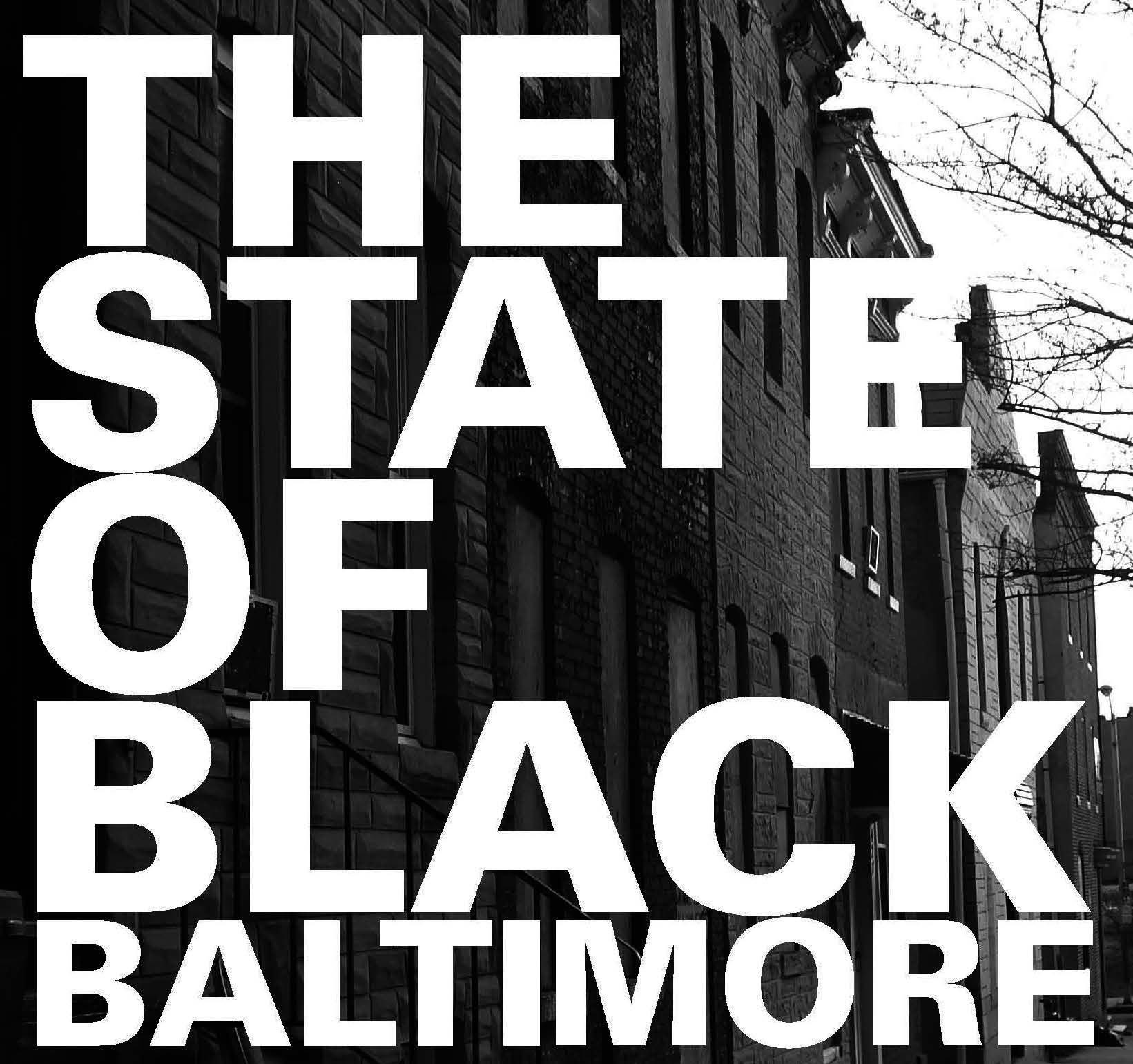 EDITORS NOTE: This is an essay published in the 2013 State of Black Baltimore published by the Greater Baltimore National Urban League. It’s published alongside other essays and testimony about the history of the youth jail fight in Baltimore City. This is also an extension of an article published last year about the insidious tactics of Hathaway Ferebee, the executive director of Safe and Sound.

In our conversations about racism/white supremacy, we often make the it an abstraction that doesn’t directly relate to Black people’s ability to organize. In this essay, we’re going to highlight an insidious strand of racism/white supremacy that exists in Baltimore. The name of this system is the Non-Profit industrial Complex.According to Incite: Women of Color Against Violence, the Non-Profit Industrial Complex is:


“a system of relationships between government, the owning classes, foundations, and nonprofit social service and social justice organizations that results in the surveillance, control, derailment, and everyday management of political movements.”

As a byproduct, it provides comfortable salaries and prestige to many people who are not most directly affected by the problems that they’re trying to address. There are millions of dollars in grant money that flow through Baltimore. That money is typically in the hands of white people who shape and mold the services that non-profits provide. This is true especially when we’re talking about programs that serve Black people in this city. This arrangement is predicated on the notion of giving Black people charity. 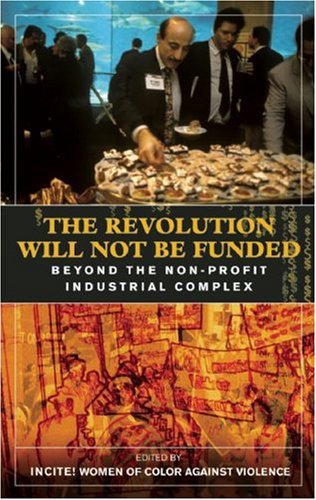 This is best exemplified by the idea that many non-profits geared at empowering Black people will use phases like “anti poverty” instead of terms like “wealth development”. We need to be thinking about justice for Black people, which requires white people to renounce their loyalty to a social arrangement that maintains White power and control. Justice and self-determination for Black people would mean that the Black community would control its own political and economic resources – a move that has long been considered taboo in the non-profit sector because it requires sacrifices from white executives and Board members that many of them are just not willing to give up. In conversations with white people who call themselves anti-racists in Baltimore, several of them have agreed that white people must be willing cede the privileges they receive and work towards giving resources and power to Black people.

This includes, but is not limited to:

It is essential that we be astute in our political analysis on of the ways that white liberalism impairs our ability to effectively gain independence from white supremacist institutions that ultimately do not have our best interests at heart.

The aforementioned dynamics were the elements present for the duration of the organizing against the youth jail. This manifested itself in the form of the “Stop The Jail” coalition. It was primarily constituted of white-led non-profit organizations with spots of grassroots Black organizers and leaders. The sentiments expressed by the non-profits involved would often characterize the organizing as a project they were consulting on. Mass mobilizations, like Youth Justice Sunday in 2010, however, were the major engines of the resistance to construction of the youth jail. These mass demonstrations were organized and carried out by Black organizations and leaders.

In the coalition we would always have to convene meetings about the the structure of the leadership and be clear about how decisions got made. These meetings would typically cause anxiety in the white people present and would lead to tense moments throughout the process. We also found that people had prior experiences which made them feel enormously uncomfortable with the idea of being led by Black organizations. After a series of discussions, we were able to create an environment where the non-profits would apprehensively defer to the expertise of the Black leaders. There were several heated points of contention which ultimately led to one of the white-led non-profits to start promoting their own brand of advocacy against the youth jail. Hathaway Ferebee,  a white woman and the Executive Director of The Safe and Sound Campaign, was consistently frustrated with the dynamics of the coalition. She would cause disturbances and distractions from the work and ultimately decided to take Safe and Sound out of the coalition. When they left, we would all hear about heated exchanges from Hathaway making accusations against the coalition. One example being that we all wanted to construct a smaller jail, which was patently false and never articulated by any group in the coalition. This subterfuge plagued the organizing for a substantial period of time. The tipping point however came at a November 2012 rally hosted by Safe and Sound. It was called the “Affirmative Opportunity Rally” at the War Memorial in downtown Baltimore. The event featured Rev. Jesse Jackson and a host of other politicians and clergy members.

To an uniformed observer, Hathaway Ferebee seemed like the leader of the advocacy against the construction of the prison. This dynamic posed a problem to my colleagues at Leaders of a Beautiful Struggle (LBS). It went far beyond wanting recognition, but rather issue of respecting and coordinating with the Black grassroots activism that was been essential to the resistance of the youth jail. She was intentionally making an effort to misrepresent the fight against the youth jail, which creates the image that she is the prominent voice in this cause.

LBS’ conclusion was that this was an attempt to co-opt the genuine movement around improving the quality of life for Black youth in Baltimore. For people like Hathaway Ferebee, this was an opportunity for personal financial gain and organizational recognition. Ultimately, this was an attempt by Hathaway to get the money that was left over for her own purposes. The combination of her level of access, her omission of Black grassroots organizations and her orientation to the nonprofit sector were clear indicators of her complicity and propagation of the Non-profit Industrial Complex.

The argument was not centered on all non-profits being bad or that white people have no role in the fight for justice. Non-profits should see their goal as empowering a community to meet its own needs and control its own destiny. The Black community should not be forced to remain in a position where we are dependent on benevolent white people to provide services and resources for us. We also argue that whites must be led by Black people and defer to the direction and vision of Black people when engaging issues that most directly impact Black people.

These distinctions are important because the priority for Black people in these instances should be building independent Black institutions. Often times the Non-Profit Industrial Complex frames out the capacity for us to have conversations about how we build institutions for Black people that accurately respond to the forces present in our community. If the priority is not building Black institutions, it offers an opportunity for white led non-profits to usurp the resources and social capital of the Black leaders and organizations. This has the impact of destabilizing the impact of Black organizing while dually increasing the wealth, prestige and status of non-profit organizations. This effect, while insidious, can easily go unnoticed by white people without an posing an explicit challenge the institutional arrangement of the Non-Profit Industrial Complex.

As relatively young Black leaders in Baltimore, we refuse to be a meal ticket for white people who are not genuinely invested in the Black community. There are too many Black children’s lives at stake to play polite parlor games for grant money, prestige and status with white liberals.