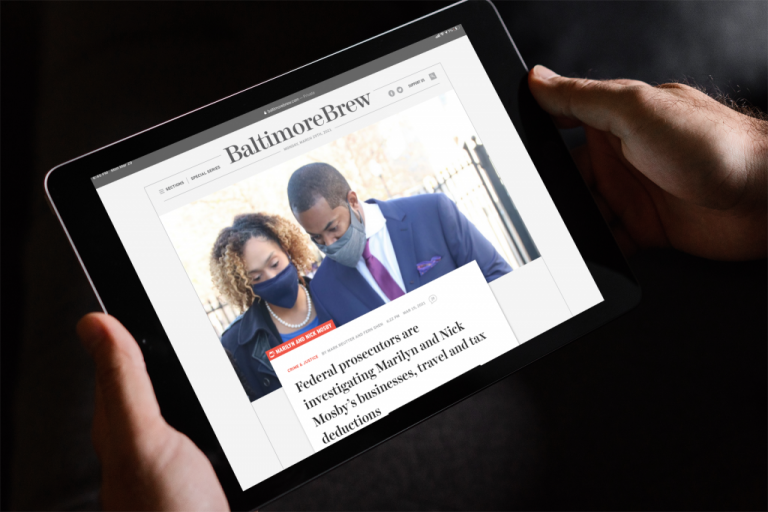 The ‘Baltimore Brew’ is a tool of white supremacy

White folks are used to having power over Black elected officials. Black people who aspire for public office are often straddling the worlds of garnering white social and political capital, while trying to maintain credibility amongst Black people. These worlds are sometimes at odds with each other and in some ways overlap. There are occasions where a Black political figure is able to develop a strong and enthusiastic base of support among working class Black people. Black political officials and organizations that have a solid working/middle class base are a threat to white political formations, regardless of ideology. Those with working class Black bases can chose to be complicit in the system of white supremacy, or challenge it. They can choose to use that power to empower their community, or they can use that power to enhance themselves personally. But having this base constitutes a political threat that regardless of how it is used, is threatening to white institutions ability to curate Black civic and political life in their interests. 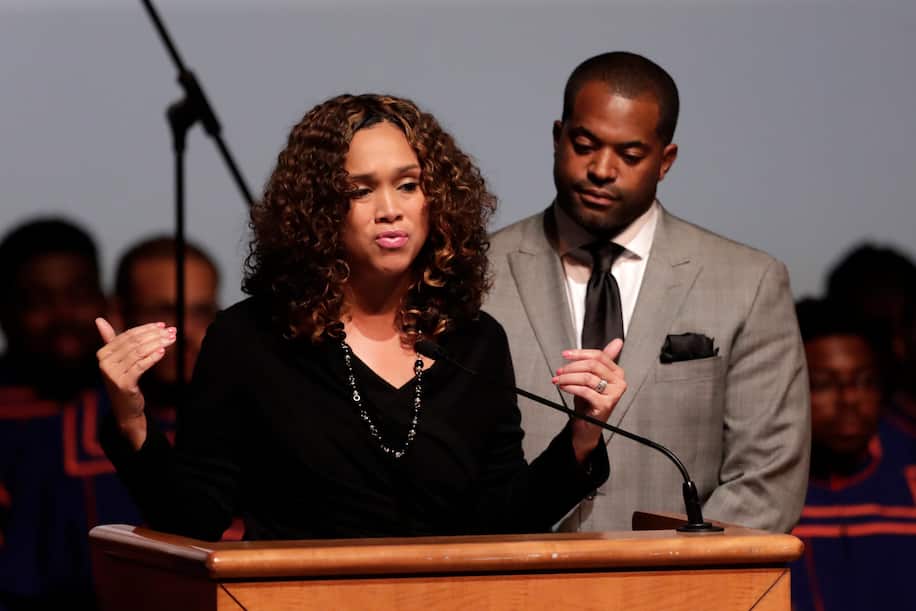 Nick and Marilyn Mosby are not unlike any other Black politicians that have had to straddle these worlds in order to become elected officials. They have been able to garner a working class Black base that, particularly in Marilyn’s case, is emphatic in their support of them electorally. This enhances their potential to act more independently of white institutional control than some other Black elected officials.

There are legitimate things to both criticize and praise the policies and politics of the Mosby’s. The mistake of their many of their critics, particularly of Marilyn, is that they are not speaking to Black working class people outside of so-called “activists” circles. These activists often are louder than their actual connection to the broader non-activists community, and are typically adjacent to white hipster/liberal/mainstream non-profit networks who will use causes to shore up their social justice credibility. This is important to mention here because there are some of her critics who attribute her general imperviousness to criticism to protection from Black establishment connections. While this may be partially true, what is more true is that her activist critics speak to twitter and the hipster/non-profit, white liberal crowd more than they do the base of working class Black support that has elected her twice. Again, regardless of what anyone may think of her body of work, she is more legitimately a voice of Black people than many of her activists critics.

We think for instance that Marilyn Mosby should have reopened the case of Tyrone West being killed in July of 2013 by law enforcement. That is a legitimate criticism, and there are others. LBS and other advocacy organizations have also worked with Marilyn Mosby to work on criminal justice reform policy. People are entitled to fiercely disagreeing on matters of policy and practice. But using the frame of corruption to characterize the thrust of the Mosbys’ political activity is not only dangerous to their political futures, this is a continuation of trend of rendering corruption as inherent to Black political activity, allowing legitimized white corruption to be normalized and acceptable. This should be as concerning to those who don’t support Marilyn and Nick Mosby as those who do.

What is the ‘Baltimore Brew’?

The Baltimore Brew in an online publication that has covered many corruption stories that implicate a variety of people and institutions. While there is corruption in politics that is carried out by Black elected officials, this is often overstated by many of its readers as the reason Baltimore continues to struggle. The primary reason that Baltimore continues to struggle is because of the normalized economic monopoly of white owned and controlled entities have over EVERY MAJOR INSTITUTION in Baltimore, with few exceptions. While there are Black faces at the head of many institutions, the institutions themselves are often controlled by white civic and political power that constitute the confines of how far the Black figureheads can go.

The major donors and boards of trustees actually run the show, not the Black executives that they employ. In fact, as ironic as this may sound to people who have consumed the popular talking points about corruption in politics. Electoral politics is one of the only places where Black people have the ability to equalize the power differential that exist between us and white people collectively. There are certainly Black people who are bought off by white power, but there are ways that organized people can beat organized money in politics. The worldview that the Brew is rooted carries a conceptual blindspot so consequential, that it perpetuates the invisibility of the pervasiveness of white institutional control over virtually every aspect of Black life. Their overstatement of the extent of the problem of corruption in Black political life, provides comfort to the normalization of the civic and economic monopoly that white power exercises in Baltimore City. 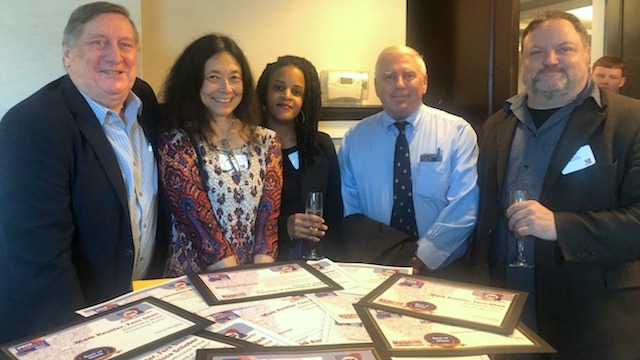 Even though Baltimore is a majority Black city, only 22% of the business are Black owned. Furthermore, the amount of revenue generated by Black owned business is $827,000, compared to the $2,312,00,000 generated by white owned business in Baltimore according to a 2012 NAACP report on Baltimore’s racial wealth gap. Black non-profit organizations only receive 3% of the money granted by philanthropy. Many of the major, well resourced philanthropic institutions such as the Abell Foundation, Deutsche Foundation, The Harry and Jeanette Weinberg Foundation and others are controlled by white people and institutions that they control. Many of the human service related entities are heavily influenced by the power and wealth of Johns Hopkins University and University of Maryland. The majority of the members of the Greater Baltimore Committee and its most influential members are white. Not only do white institutions have a financial monopoly over efforts that progressive minded folks are fighting against (ie mass incarceration) but also have tremendous influence over who is being funded to fight these policies. In other words, white people are funding white institutions, to hire Black people to perpetuate industries that are sustained by Black suffering. Unfortunately, folks tend to confuse the heightened visibility of Black figureheads with racial justice. What is needed is to transfer power and wealth into the hands of independent Black formations that are accountable to the masses of Black people.

Among the institutions that are financing white adjacent versions of Black civic and political life are the Abell Foundation and the Deutsche Foundation. These two institutions also happen to be two major funders of the Baltimore Brew. The Abell Foundation is headed by Bob Embry, who has exercised tremendous control of Black political and civic life through the funding he can provide and through his extensive networks among power elements of society. His long time ability to exercise power in Baltimore is documented in Marion Orr’s book about school reform in Baltimore entitled “Black Social Capital” which includes people who he quoted that demanded anonymity in order to provide frank commentary about his level of control while avoiding Embry’s potential political retaliation. Marion Orr says “Indeed, a number of black school administrators and community leaders complained that Embry was determined to run the schools from his position as president of Abell. Alice Pinderhughes, who served as superintendent during Embry’s brief stint as school board president, ‘was often forced to take a back seat to Embry, who envisioned grand and controversial plans to combat the schools’ problems’…. A veteran BCPS administrator, fearful of Embry’s influence in school affairs, derisively described him as ‘would be mayor, would be governor, the director of the school district and all of that. He’s a power voice here.” 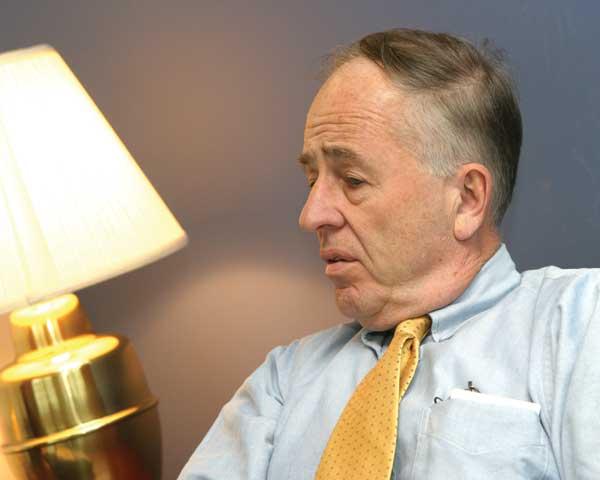 He doesn’t say much publicly, but his power in Baltimore’s Black community is an open secret. There are reporters who jokingly refer to the Baltimore Brew as the “Embry paper.” Embry is an anchor of a larger network of powerful gatekeepers that elevate certain voices and figures that will talk about racism and inequality, but remain largely silent on issues of building Black independent institutions. Politicians like the Mosbys, who are able to get elected independent of the approval of Embry’s networks, in a city where there is a growing appetite for Black autonomy and independence is a threat to those networks. Open conversations about the networks that exercise power over Baltimore’s politics does not happen in the ways that it should because folks like Embry exercise the kind of power to impose consequences on those who would point this out. The inundation of mainstream media criticism and demonization of Marilyn Mosby is not coincidental. To Embry’s networks, Mosby represents the empowerment of working class Black people, that they find to be inherently pathological and inferior. She represents political defiance of Embry’s networks that few Black elected officials exercise.

The Baltimore Brew is an instrument of these white power networks’ ability to curate social justice activity in a way that leaves their power untouched. The Brew is able to advance narratives about Baltimore that criminalizes Black political activity that can ultimately be weaponized against any Black political figure that comes to power, regardless of ideology. This is why it is important that we challenge the Baltimore Brew’s ability to impact the political landscape, regardless of whether you are a fan of the Mosbys or not. Today it is Nick and Marilyn Mosby, tomorrow it will be another Black political figure who exist outside of Embry’s network of control. What is being investigated about the Mosbys pales in comparison to the types of normalized corruption that deserves investigative reporting. The back room deals, the behind the scenes king making, the covert political attacks against those of us who are disruptive to white political power are not investigated with the same vigor as these stories about potential corruption done at the hands of Black people.

The daily assault on the humanity of Black people is constant and normalized. Images and narratives of Black people as criminals, lazy, incompetent, and pathological impact every aspect of Black life. When a Black person commits a crime, it is often attributed to their Blackness. The Brew and the larger mainstream media landscape use these troupes and are often weaponized against Black people in ways that white people don’t even have to think about. This is not an argument for ignoring criminal activity of Black people in elected office. There has been no evidence of criminal activity on the part of the Mosby’s. But the news stories, particularly from the Brew, project criminality. There should be balance in how corruption is talked about and covered so that Black people are not having to spend so much time and energy refuting charges of criminality, while white normalized corruption that harms the masses of Black people is kept in tact.

We urge that Black people and those who see themselves as supporters of Black empowerment reject the efforts of the Baltimore Brew to perpetuate criminalization of Black political leadership.

PrevPrevious2021 MD Police Reform: Why is community oversight of police so essential?
NextPODCAST: From the Streets to the Statehouse – Ep 7 (3.30.2021) – Black Women’s work in AnnapolisNext