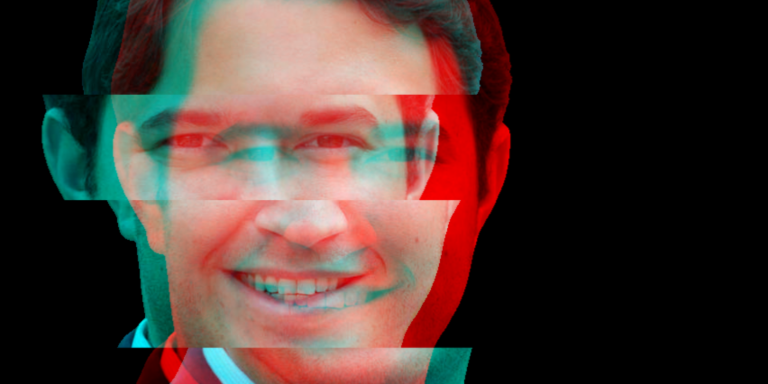 It is no secret that councilman Schleifer represents the right wing of the Democratic Party. He has engaged in a cold war (that is now a hot war) against the most progressive legislator in the Maryland General Assembly, Senator Jill P. Carter. This is a part of a larger war within (and outside) of the Democratic Party regarding the expansion of the Maryland body politic beyond the centrist (conservative) politics that have determined policy outcomes in the past.

The Maryland General Assembly still has a long way to go before it can credibly claim to be an environment that is anywhere close to advancing racial justice. But there have been shifts in the policy making arena in Maryland that has wrestled some power away from the Democratic Party establishment.

Years of pressure and advocacy from grassroots organizations, led by Black and Brown people, have moved Maryland’s policy making further left than what was acceptable under the more centrists political regime of former Speaker of the House Busch and former Senate President Miller. This has been characterized by many conservatives (both Democrats and Republicans) as activists taking over Annapolis and being out of control. It reminds me of my research of the news coverage of Nat Turner’s rebellion in 1831.

The news reports characterized the participants in the rebellion as crazed and blood thirsty, even though Nat Turner was doing the same thing that George Washington and Thomas Jefferson were claiming to do during the American revolutionary war, and that was to pick up arms to fight for their freedom and against tyranny. I guess when ever Black people are able to stand up for ourselves and, in the case of Annapolis, challenge the status quo, then we are out of control in their eyes.

Councilman Schiefler created an all white slate for the 41st legislative district Democratic State Central Committee in a district that is 63% Black. The demographic issue with his slate is symbolic of the substance of his politics. Black people who challenge the system of white supremacy in this society are often demonized and attacked.

Senator Carter has been one of the fiercest challengers of the system of white supremacy and has spent much of her career being attacked by the Democratic Party establishment. Now that Senator Carter is one of the most reputable and celebrated members of the Maryland General Assembly, it should be predictable that there would be an effort to attack her. Councilman Schiefler’s policy perspective is consistent with the Democratic Party establishment and his slate represents the white supremacist worldview the undergirds the collective American consciousness.

The conservative commentators on shows like WBAL radio’s Torrey and Dan show, who are supporters of councilman Schleifer, espouse the notion that there is largely inaction in Baltimore when it comes to addressing violence in our community. This notion reflects an internalization of the white supremacist ideas that Black people aren’t doing anything about violence and that we don’t care. Neither of these gentlemen are connected to the network in our community that is working every day to address violence. The conservatives that are Schleifer’s supporters do very little (if anything at all) to support folks on the ground working to address violence.They just give their unwavering support to law enforcement.

They don’t demand accountability of law enforcement that is necessary to produce the relationships in the community needed to go after those who are the drivers of violence in Baltimore. In fact, the underlying message of Schleifer’s politically conservative network is that communities that are plagued with violence are like misbehaving children who need a strong patriarchal force (police force) to get their act together. People who think like this tend to be folks who either have never actually immersed themselves in the communities most impacted by community violence, and/or who have internalized the societal propaganda about Black people being inherently pathological. Many of these people would not last 2 hours in the life of many of the most dedicated anti-violence workers in Baltimore. The truth is, people are working themselves to the bone in order to address violence in Baltimore.

People like Torrey and Dan would be better off asking those of us seeking to address violence how they can help instead of making such ill-informed commentary about what is happening in Baltimore. They would also be better off not espousing policy proposals like mandatory minimums and sentence enhancements, that have been proven to be ineffective at addressing public safety and more effective at mass incarceration. Unfortunately, there are Black people and other people of color who have internalized this perspective (Torrey, of the Torrey and Dan show that I mentioned earlier is a Black man).

Tony Weaver, in a 2016 study called “Representations of African Americans in Non-Linear Media Content” provides evidence for the claim that made earlier about the way that white supremacy is baked into the American collective consciousness. He says:

Research shows that the distorted portrayals of African Americans found in the media cause general antagonism toward African American males, lack of identification, or sympathy with African Americans, and exaggerated views related to criminality and violence in the African American community (Kang, 2005; Ramasubramanian, 2011; Entman & Gross, 2008). Phelps et al. (2000) found, regardless of conscious reports about racial attitudes, Whites were shown to have increased activity in the regions of their brain associated with experiencing fear when they saw unfamiliar African Americans. One study found that United States citizens support harsher laws if those laws are designed to imprison more African Americans (Hetey & Eberhardt, 2014). These negative effects translate into institutional consequences (Dong & Murrillo, 2007).

Media misrepresentation has been linked to African Americans receiving less attention from doctors, harsher sentencing by judges (Rachlinski, Johnson, Wistrich, & Guthrie, 2009), lower likelihood of being hired for a job or admitted to school, shorter life expectancy (Entman, 2006), lower odds of getting loans, and higher likelihood of being shot by police (Greenwald, Oakes, & Hoffman, 2003).

It can not be overstated how ubiquitous the societal notions of white supremacy are. It is embedded in every aspect of civil society. Anyone who disagrees with this assessment is choosing to ignore the overwhelming sociological and empirical evidence that supports Tony Weaver’s claims.

This brings us back to councilman Schleifer’s slate. The people who back him and are a part of his network do not want police accountability and criminal justice reform that Senator Carter has pushed for. That base perceives those efforts as soft on crime. His base does not want more resources put into community based anti-violence efforts like Senator Carter was able to do in a bill she sponsored and passed in 2020. His base wants to return to former Mayor O’Malley’s zero tolerance policies that destroyed thousands of Black people’s lives and exacerbated law enforcement’s corruption and incompetence.

His all white slate represents the white supremacist perspective that has animated American mainstream politics. It is imperative that councilman Schleifer’s slate is rejected, so that we do not undo the modest modicum of progress that has been made in Maryland politics. Fortunately for the 41st district, Senator Carter has put together a slate to counter Councilman Schleifer’s, that is more representative of the residents of the 41st district.