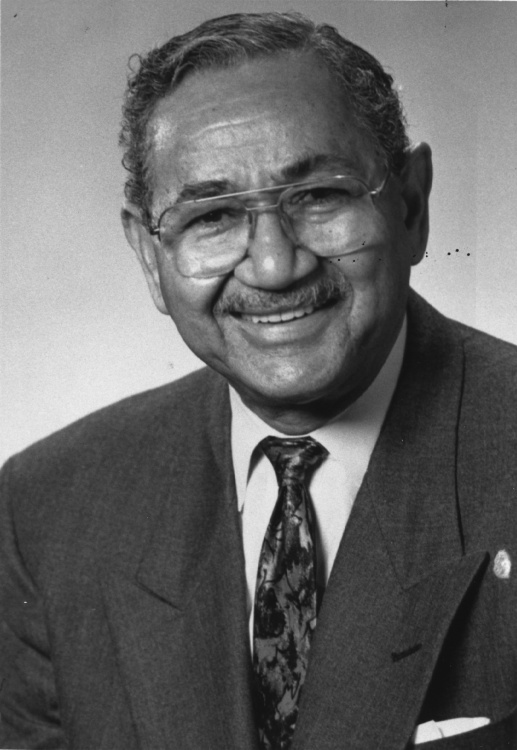 Raymond V. Haysbert Sr., (1920-2010) was born Jan. 19, 1920, in Cincinnati. Haysbert was the fourth of eight children, and three of his younger siblings died while he was still a child. His father moved away when he was eight years old, and with the Depression following soon after, Haysbert and his three brothers went to work. He continued with school, and after graduating he enlisted in an ROTC program at Wilberforce University in Ohio. Haysbert was forced to drop out of school his third year to make money, and when World War II broke out, he joined up with the Tuskegee Airmen in Italy.

After returning from the war, Haysbert married his college sweetheart, Carol Roberts, to whom he had been introduced by Henry Parks in 1952. Parks had opened up his Baltimore sausage factory only a year before, and was struggling to make a go of it in an environment filled with bigotry. Haysbert and Parks partnered and began selling Parks Sausage throughout Baltimore, delivering fresh sausages daily to stores. The strategy was a success, and by 1955 Parks Sausage was a sponsor of the World Series. The company, which had reported losses in its first two years in existence, was reporting gross annual profits of $6 million by 1966 and $9 million in 1968. Parks Sausage became the first black-owned company to go public in 1969.

Following on his successes, Haysbert was named president of the company in 1974, and when the company was sold to a conglomerate in 1977, he made more than $1 million. By the mid-1980s, Parks Sausage was making almost $30 million a year, and Haysbert was serving on several boards of directors, including on the Baltimore Federal Reserve. By the 1990s, however, things were not so good. Corporate clients buying massive quantities began finding other suppliers and health consciousness hurt sales. After a heart attack in 1994, Haysbert handed over the presidency to his son, Reginald, but remained on as CEO. At the same time, he bought back the 49 percent of the company owned by Sara Lee, making Haysbert a 97.5 percent owner of the company. Creditors continued to add up, however, and by 1995, Parks was sold.

Outside of business, Mr. Haysbert became a political adviser and community leader. He was involved with the campaign of Harry Cole, who became the first black state senator in Maryland, and helped Mr. Parks win a seat on the Baltimore City Council in 1963.

When Haysbert died of heart failure in Baltimore on May 24, 2010, he was called an “elder statesman of Maryland’s African-American business community” by the Baltimore Sun and lauded as a “courageous American hero” by the president of the Baltimore City Council. Mayor Stephanie Rawlings-Blake said Haysbert, “used his success and status in the community to help dozens if not hundreds of other minority-owned businesses start and thrive in Baltimore”. He was survived by his wife, Carol, and four children