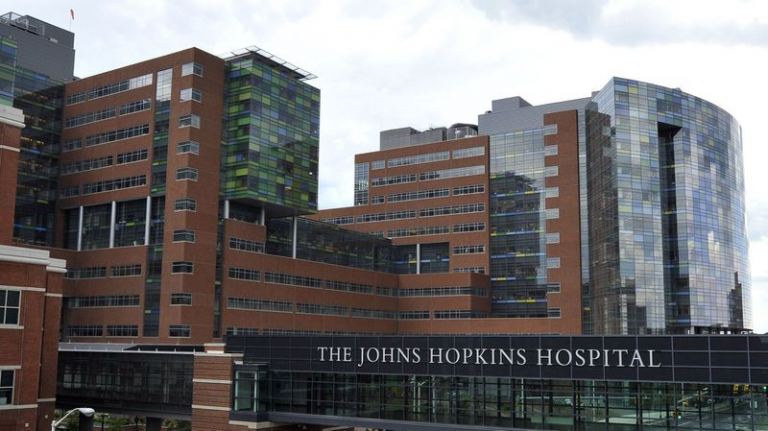 Critical citizenship, Black Lives Matter, and the history of anti-racist activism and politics were among the topics of conversation on Tuesday evening during a JHU Forums on Race in America panel discussion, which took place in Shriver Hall on the university’s Homewood campus.

The event was the sixth installment of the series, which began in April 2014 as an effort to raise awareness on racism, diversity, and social justice in Baltimore and beyond. The panel featured writer and historian Robin D.G. Kelley, professor of U.S. history at University of California, Los Angeles; Salamishah Tillet , activist and associate professor of English and Africana studies at the University of Pennsylvania; and Dayvon Love, Baltimore-based organizer and director of research and public policy for Leaders of a Beautiful Struggle.

The theme of their conversation was “The Next 50 Years: Black Power’s Afterlife and the Struggle for Social Justice.”

James Page, interim chief diversity officer and vice provost for the university, said the forum’s topic could not have been more appropriate, in light of the recent police-involved shootings of unarmed black citizens in Charlotte, North Carolina; and Tulsa, Oklahoma; and amidst a presidential race during which race has been a focal point.

“I’ve learned that diversity is a part of our DNA here at Hopkins,” Page said. “I’m confident that our commitment to creating an extraordinary and inclusive environment, which welcomes all, is sincere.”

Nathan Connolly, an associate professor of history in JHU’s Krieger School of Arts and Sciences, moderated the discussion. He prompted the panelists to speak about what it means to be a critical citizen, and how anti-racist movements can contribute to consensus politics—a strong and broad agreement between the main political parties.

“It’s really important that we focus on rediscovering the intellectual traditions of people of African descent,” Love said, “that are often blocked out of the public mainstream or the liberal academic mainstream … to determine the kinds of intellectual work that will be productive and contributing to building the kinds of institutions that can produce sustainable movement building.”

Panelists also referenced the Black Lives Matter movement as a tool for resolving problems with community complacency and unaware citizens, as well as other social justice issues.

“When we’re looking now at Black Lives Matter, … we see the remnants of a lot of the questions and debates about gender roles, about power, about the relationship between local organizing and national agendas,” Tillet said. “And yet also, I think there’s a critique of some of the pitfalls and problems of both the Civil Rights movement and the Black Power movement itself in Black Lives Matter.”

“The movement for black lives has had one of the sharpest critiques of the neoliberal order,” Kelley said. “They’re trying to go beyond politics as usual.”

Those who were not able to attend can watch the event in its entirety on the John Hopkins University Ustream channel.