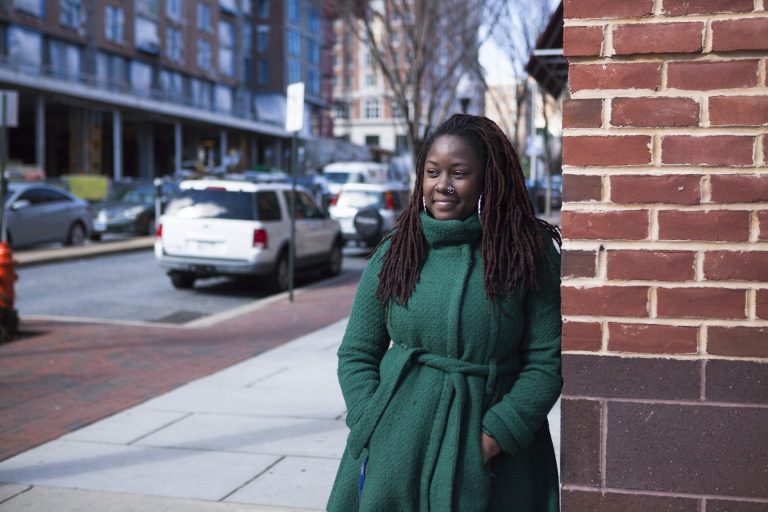 Where is the church in the Black Lives Matter movement?

The spirit of the black church has long animated the movements for civil rights and social justice in America. The call and response, the vocabulary of oppression and solidarity: These are the languages of sanctuaries and pews, of Sunday morning worship and Bible-study vigils.

But in the black- and youth-led political activism of the last several years, the church hasn’t been nearly as visible as it was in the civil-rights movement of the 1960s. After many decades in which the most prominent black activists were ministers, religious leaders seem to be playing supporting roles in the most recent wave of activism.

“I don’t think that people give enough credit to the church or the church’s involvement,” said Brion Gill, a 25-year-old who describes herself as a poet, organizer, and cultural curator, who is pictured above. But, she said, “the idea that it’s not abundantly clear how many churches are involved in this work speaks to the lack thereof.” There are probably as many views of the church’s role in activism, and of activism’s relationship to religion, as there are activists in Baltimore. But, as Gill observed, the fact that it’s even a question suggests that something once powerful has changed.

Like activists anywhere, some of the people I spoke with in Baltimore had harsh words for their community’s established institutions, and were skeptical about how and where Bryant has chosen to use his powerful voice. In conversations about the church, young people, and activism, his name seemed to keep coming up. “It’s interesting, the times when you see him: when cameras are present, when there’s a huge media presence,” said Gill. “I thought it was interesting that he found himself in Ferguson, praying for Mike Brown’s family and giving them guidance in Ferguson, as if there’s not a whole city in Baltimore that needed the same kind of work.”

Gill and her peers have already taken leadership roles in Baltimore’s political-organizing efforts; they’re concerned with long-standing issues such as economic inequality and police brutality. Intentionally or not, they’re also experimenting with what new forms of religiosity and spirituality—often framed in political language—might look like. As 21-year-old Kwame Rose, another local activist, put it, “Young black people are pushing the older generation out of the way and saying, ‘This is our movement. This is our time to lead.’”

Makayla Gilliam-Price is not yet 18. She has led mass walk-outs from her high school, organized protests against police violence, and been arrested in front of City Hall. She has never voted, but she said she’s “extremely excited” to do so soon in her hometown of Baltimore in this election, despite the fact that the local and presidential races are “a hot mess.”

Gilliam-Price, in some ways, exemplifies the new profile of a civil-rights activist: She is insanely young, hyper-eloquent, black, queer, and female. But like many activists, she resists labels and clean descriptions. She also less interested in rejecting the work of earlier generations than in building on their legacy.
At least in this city, the “intergenerational beef,” as another organizer called it, between young activists and their elders might be trumped up. “The people who were organizing in the ’60s—we call them our OGs,” Gilliam-Price said. These were the men and women who stood at the front of protests against discrimination in schools, organized rallies after the death of Martin Luther King Jr., and sat at the tables of voter-registration drives. “Organizing through the churches made sense,” said Musgrove, the UMBC professor. Groups like the NAACP tapped into the money and large communities of congregations, and “they were able to run a lot of the campaigns for desegregation for public facilities in downtown Baltimore—from right after World War II all the way until the sit-ins at Morgan.”The OGs of political activism were church people, but Gilliam-Price and many of her peers are not. Religion is “just not me,” she said. She had harsh words for a class of pastors, including Jamal Bryant, whom she referred to as “poverty pimps”—“nominal church leaders who are definitely just out there for their names and for their brands,” she said. “I went to a protest in Freddie Gray’s neighborhood in Gilmor Homes, and there was a pastor marching with his Instagram handle on his shirt. Church leaders have been exploiting this movement for everything that it has.”Read the rest at The Atlantic’s Website