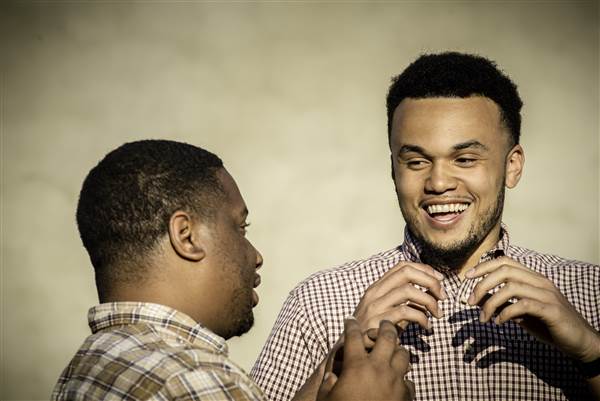 BALTIMORE, Md. — The eyes of the nation and world were once again fixed on Baltimore as the second trial involving one of six police officers charged with the 2015 death of Freddie Gray came to a conclusion on Monday.

In a packed, hushed courtroom, Officer Edward Nero was acquitted of four misdemeanor counts: second-degree assault, reckless endangerment, and two charges of misconduct in office. Emotions swirled after the not-guilty verdict was read, with Nero dropping his head and crying. Exiting the courthouse, Gray’s twin sister, Fredericka, was visibly distraught, too.

The young Baltimore activists who comprise Leaders of a Beautiful Struggle embody words spoken by Frederick Douglass nearly two centuries ago: “If there is no struggle, there is no progress.”

“We’re working to advance the lives of black residents in Baltimore through public policy,” says Dayvon Love, 29, who co-founded LBS (as it’s known) back in college with friends and fellow debate team champions, Adam Jackson and Deverick Murray.

Rapper Talib Kweli’s album, “The Beautiful Struggle” inspired the name of the organization, which launched officially in 2010. “We encourage youth leadership and development, political advocacy, and intellectual innovation,” said Love.

While the group was active prior to Freddie Gray’s death last April, the ensuing uprising has led to heightened outreach. In the shadow of a colorful mural that honors his memory, LBS recently hosted a neighborhood cook-out/peace rally near the housing projects where Gray once hung out.

The organization is also part of the “1619 Coalition”— so-called “activist squatters” in Baltimore who are renovating a dilapidated city-owned property (dubbed “Tubman House,” for abolitionist Harriet Tubman) with plans to turn it into a community hub for residents. The members of LBS will sponsor a debate camp for youth this summer, among its other projects.

“People are embracing the idea that we don’t have to rely on outsiders,” said Jackson, 28, the organization’s CEO. “With capacity building and institution building, we have the model to change our own communities.”

PrevPreviousThe long road back – Baltimore’s police department is broken. The city struck a deal with the Justice Department to fix it. Now comes the hard part.
NextVIDEO: Voices of Baltimore – Brion GillNext