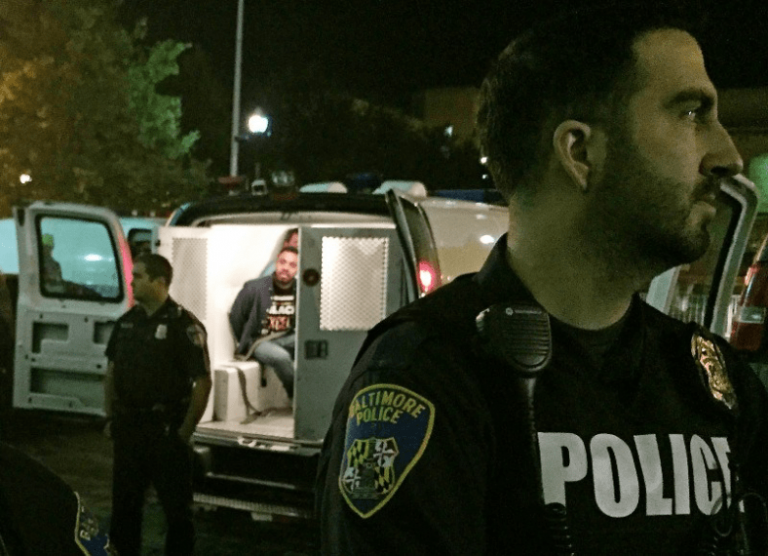 A few “bad apples” can change the culture of a whole police department. Honorable cops in Baltimore feel pressured to honor a “code of silence” and protect fellow officers who are corrupt or abusive, according to former NAACP President and CEO Ben Jealous.

Jealous pitched a plan to change that culture alongside a coalition of community groups outside Baltimore City Hall last week. The coalition, called the Campaign for Justice, Safety and Jobs, came together in response to the death of Baltimore resident Freddie Gray in late April. At last week’s rally, they released a six-point planfor police reform that revolves around promoting police accountability and transparency.

The plan’s recommendations are primarily directed at the mayor and the commissioner of the Baltimore Police Department, who is appointed by the mayor. The recommendations include: firing corrupt officers, ending a “gag order” on victims of police misconduct who settle with the city; speeding up the purchase and distribution of body-worn cameras; taking steps to improve community policing; publishing Baltimore PD policies online; and ramping up the type of de-escalation training that could prevent a heated confrontation between a resident and officers from taking a violent turn.

The rally outside City Hall featured activists as young as sixteen. A number of those youth activists had been arrested in a protest two days earlier inside the City Hall, where dozens of young people occupied City Council Chambers into the early hours of the morning to protest the appointment of Kevin Davis as Baltimore Police Commissioner. Davis’ record in his previous role on the police force of Maryland’s Prince George’s County includes two incidents where he violated one person’s civil rights and threw another to the ground and handcuffed him without cause.

Lawrence Grandpre, a founding member of Baltimore grassroots organization Leaders of a Beautiful Struggle, which was involved in both protests, spoke about the advocates’ larger message.

“People confuse this movement as a ‘War on Police,’” he said. “It’s more useful to think of what’s happening right now as a ‘War on Police-ism’. We’re pushing back on the notion that you can arrest your way out of social problems, that police should be given elevated rights in a democratic system. This report is a recognition that Police-ism has gone beyond the simple desire to protect individuals, and has become a system that perpetuates itself through flawed metrics and non-democratic processes.”

Officials in the Baltimore Police Department have responded to the Campaign’s proposed recommendations. Baltimore police spokesman T.J. Smith told the Baltimore Sun that many of the recommendations were “reasonable” and welcomed a conversation with the plan’s authors. A spokesman for Mayor Stephanie Rawlings-Blake told the Sun that the mayor would “welcome all constructive ideas for how to improve law enforcement in our city” and plans to review the report.

The Campaign for Justice, Safety and Jobs includes advocacy organizations like the NAACP and ACLU; faith leaders like Rev. Heber Brown, III of Pleasant Hope Baptist Church and Rev. Jamal Bryant of Empowerment Temple; labor leaders; and grassroots organizations like Leaders of a Beautiful Struggle and Beats, Rhymes and Relief. The recommendations were released in conjunction with the Center for American Progress, where Ben Jealous is a Senior Fellow.

At Friday’s rally, Jealous praised the young activists and argued that each of the recommendations could be acted on immediately.

“We wanted to make sure this agenda was one our city could act on right away,” he said. “There’s a lot of folks who want to say, we have to wait for law enforcement reform at the state capitol if we want to do anything. But we as organizers and as citizens never give up our power, and we don’t believe our city should give up its power either.”