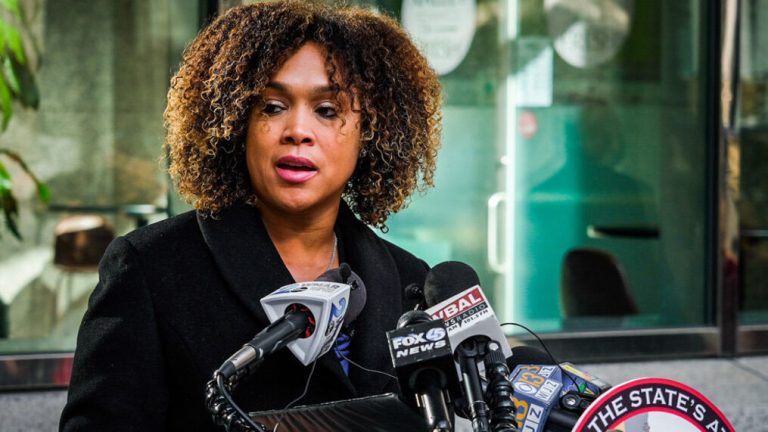 OP-ED: The forces behind Marilyn Mosby being indicted

Too many of the conversations in the public sphere regarding the federal indictment of Marilyn Mosby center on issues of corruption and whether people believe she is guilty of the charges. This focus has crowded out the equally important conversation about the politics of this federal indictment. Americans have been socialized to make politics about personality, which reduces politics to discussions of individual people actions and ideas, and not the forces behind them. There are political forces at play that are particularly important to the condition Black people are in here in Baltimore, that need to be laid out and discussed.

There are certainly issues of Mrs. Mosby’s policies and practices that can and should be criticized and discussed.  From the right, she is criticized for her policy of not prosecuting low level offenses. She is blamed by the right wing for the high rate of homicides in Baltimore.  To her left she is criticized by folks who perceive her to be an extension of the status quo. Regardless of a person’s particular perspective on her policies as a State’s Attorney, it is important to deal with the federal indictment as a separate matter. Mixing these two issues will lead to conversations that will miss the importance of understanding the forces behind the indictment and what we should do as Black people about those forces.

The FBI and the DOJ have a history of targeting Black elected officials. This is not conjecture, this is a fact. George Derek Musgrove in his book “Rumor, Repression, and Racial Politics” on page 4 says:

When African Americans took over cities, legislative districts, and other jurisdictions previously occupied by white political machines, their vanquished opposition and disgruntled white citizens fed allegations of mismanagement and corruption to the local press and law enforcement. The (almost uniformly white) press corps often printed these accusations, or their own, in the hopes of reproducing the scoops of Washington Post reporters Bob Woodward and Carl Bernstein. Few did. They did, however, succeed in instigating scores of government investigations of black elected officials. Though these investigations seldom ended in convictions, they disrupted careers, eroded public confidence in the targeted officials, and reinforced the racial distrust and animosity already existent in U.S. politics.

A quick perusal of some of these investigations demonstrates why they continued to produce a racially disproportionate result. Several of these stings were the product of allegations of fraud made by disgruntled white business men in majority-black jurisdictions. For example, in Winston Salem, North Carolina, Black alderman Patrick Hairison, lobbyist Rodney Sumler, and community activist Rev. Lee Faye Mack were convicted in May 1992 for bribery and conspiracy in the letting of city contracts. The convictions were a product of “Operation Mushroom Cloud,” an FBI-IRS sting begun after a local white businessman, who had just been fined by the city for violating a minority-hiring statute championed by the town’s black aldermen, alleged that several black aldermen were demanding bribes in return for city contracts.

That same year, the FBI concluded a sting against black elected officials in Compton, California. Representative Walter Tucker (D-Calif.), who was a former Compton mayor, and city councilwoman Patricia Moore (D) were later indicted for bribery and conspiracy in 1994. The sting that netted Tucker and Moore had originally targeted Representative Mervyn Dymally (D-Calif.). It too was begun after a disgruntled white businessman whose proposal to locate a trash incinerator in the heart of the city had been voted down by the city council alleged that Dymally had threatened to kill the project if he was not paid a bribe.

This demonstrates the real history of how these kinds of investigations are used as weapons against Black people who challenge white corporate power. Even if these challenges are not a part of larger effort toward empowering the entire community, these efforts challenge powerful white people with power.  This narrative is often omitted from conversations about these kinds of allegations of corruption of Black elected officials.

In the case of Marilyn Mosby, one of the main prosecutors targeting her, Leo Wise, has been accused of going after Black elected officials. In an October 15th, 2010 Time magazine article, it says:

As the House’s top watchdog, Wise was not a popular guy on the Hill. Members complained of being unfairly targeted and that investigations that sometimes yielded nothing were made public, tarring them with the stigma any way. The stilted approach had led to accusations of racism – most of the cases they’ve pursued have been against Congressional Black Caucus members.

The observation made about Wise back in 2010 are relevant today because of the frivolous nature of the current indictment.

The charges made against Mosby are not based on actions that result in harm to the public or gaining an unfair advantage because of her position as the state’s attorney.  But to be able to associate Mosby with criminality, regardless of whether there was any activity that negatively impacts the people of Baltimore City, accomplishes the goal of advancing the narrative that Black politicians are inherently more corrupt than their counterparts. This level of scrutiny is not applied to white people in elected office or other public offices across the state across the state of Maryland. Are we to believe that Black people are engaged in a majority of the corruption in this state? Powerful white people are harder to prosecute because they are not saddled with these troupes of inherent criminality. And they are usually in more powerful networks that provide them more protection from being prosecuted. With Baltimore being a city that is of increasing interest to developers and the ensuing gentrification, there is certainly a desire put in place white political leadership, that is controlled more tightly by corporate forces. Casting Black political leaders as inherently criminal helps to advance that goal.

The truth is that on issues of criminal justice reform, Mosby has been more progressive than previous state’s attorneys in Baltimore. Whether you believe that she is progressive enough, or has executed these policies effectively are up for debate. But it is an objective political fact that she has advocated for more progressive policies than her predecessors. This makes her a natural target of law enforcement and their allies. It’s not just about charging the officers that killed Freddie Gray. Its about the policies that she has supported and advocated that have made her an ideal target for law enforcement. Policies like vacating marijuana related convictions, advocating for vulnerable incarcerated folks to be released from prison during covid and establishing a conviction integrity unit to review cases of folks who have been wrongly convicted of a crime. These are policies, that regardless of what you think about them, run counter to the policies supported by law enforcement.

It is important to address this dynamic because whoever (Black) tries to come to power in Baltimore to challenge the system of white corporate power, they will be hit by similar forces. Particularly those of us that see ourselves politically to Mosby’s left, have an interest in understanding and fighting the forces that have a hand and interest in her indictment. Continue to have discussions and critiques about her policies, but do not get tempted into co-signing an attack that is rooted in the desire to keep Black people “in our place” in this society. Otherwise, if you have any desire to actually come to power in Baltimore for revolutionary ends, you will be next, and the community won’t be sufficiently organized and educated to recognize it and respond.

As a community, we must be clear that this federal indictment is not about protecting the interests of the public, but is about the continued attempt to undermine Black people’s aspirations for power. There are two major lessons to take from all of this. The first is that Black people need to continue to do the work of building independent Black political infrastructure inside and outside of the Democratic party. Clearly, Mosby’s connections to gatekeepers in the Democratic Party establishment has not protected her from the forces the undermine Black people’s aspiration for power.  The Democratic Party only cares about Black people that can help it achieve the interest of its corporate, liberal elite, and not the masses of working class Black people.

The second lesson here is that Black people need to invest and support independent Black media that can put these kinds of stories in context text for our community.  None of the mainstream coverage of this story address the history of the attacks against Black elected officials, particularly those who are perceived to be disrupting the social order.  We need to support Black media that helps our community to understand that all indictments of Black elected officials are not about corruption. This does not mean we excuse corruption of Black people in elected office, but that we can tell the full picture of Black political life beyond the constant demonization.