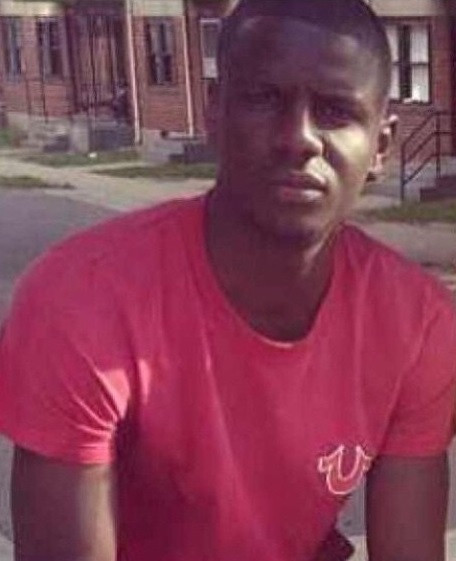 The loss of Freddie Gray’s life profoundly affects me.  Freddie Gray is my age.  He attended school in the general area that I grew up.

Freddie Gray’s death is symbolic of the slow, systemic on-going genocide that is taking place against Black people.  What is even worse is that many of the public officials that have been tasked with addressing these problems remain tremendously impotent in doing so.  I often have intense emotional responses to this impotence of our so-called leadership because of my relationship to the suffering that is present in our communities.

I have dedicated my life to the liberation of Black people not merely as an ideological commitment but because of my own personal investment in the people who I grew up with.  I think about my time at Forest Park High School and the people who I grew to love and respect.  I remember the pain and resilience in the lives of my friends from high school who are often represented in society as pathological.  Even though there were not any serious investments made in the community that I grew up in, there is this societal notion that the Black people in Baltimore are the cause of our own hardship.

It is as if we are to blame for social position that Black people are in.  It is this mentality that is the cause of the inaction by formal leadership of this city.

Some people may say, “here we go again blaming the ‘white man’ for our problems.”  This is the kind of statement that is made by people who do not have a solid understanding of how our society works.

I am a believer that the only people who can fix our problems are us.  White people can’t save us, the government can’t save us, we have to create the society that we want to live in.  We have to acknowledge that we live in a society that is structured on the principle of white supremacy and stop living this illusion that if we just follow the rules that society writes for us that we can achieve true prosperity as a people.  Individual Black people can have success in this society, but this success has come at the expense of the masses of Black people.  This individualistic mentality among Black people who were intoxicated by the specter of white acceptance, has severely weakened the communal bonds that were essential in preserving the humanity of Black people.

White society and its junior partners (people of color who deliberately collaborate with white civil society’s domination of people of color for their own individual benefit) benefit from the social, economic, and political subordination of Black people.  True justice would require them to give up the ill-gotten wealth accumulated through centuries of exploited labor and dehumanization of Black people.  They would essentially need to give up the power that they have come to see as a natural and completely legitimate part of their existence.  We must build our power as the centerpiece of our strategy to fight the system and cultivate the viability for Black life.  It is the only way we can protect the humanity of Black people.

What will begin to happen soon is that many elected officials who have never spoken up on issues of police brutality until the killing of Trayvon Martin will begin to posture themselves as champions on this issue.  People who have not demonstrated any substantive commitment to address the suffering of the masses of Black people in Baltimore will use this as a political opportunity to advance their political careers.  Some people may come to realize the problem facing our communities and we should welcome them to the fight for justice.  But we should not accept cheap appeals to the emotions of Black people. We need to have conversations about building capacity in our communities to protect ourselves.  Elected officials can not be accepted to be serious proponents on this issue unless they are willing to put their political might behind substantive law enforcement reforms that provide the community the power to govern the institution of policing.  Until there is community control the problem of police brutality will persist.

The Democratic Party will attempt to position itself as an institution interested in helping Black people on this issue.  Philanthropic entities will try to finance piecemeal reforms on this issue.  We need to use this opportunity to solidify the power of grassroots activism in Baltimore.

PrevPreviousWhat Good are Democrats?
NextMessage from the Baltimore Grassroots: WE DEMAND JUSTICE FOR FREDDIE GRAY AND POLICE ACCOUNTABILITYNext