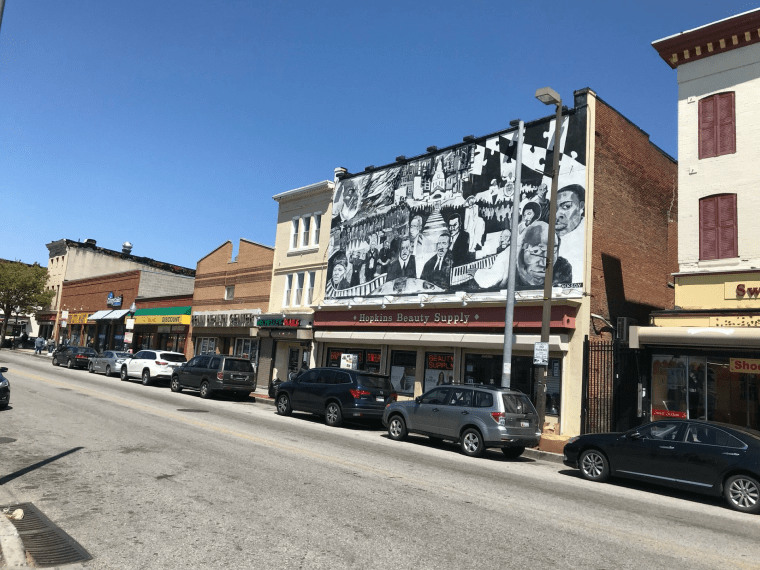 For the first time in years, Baltimore has a new dedicated arts and entertainment district—this one along an underserved former black cultural corridor that community leaders hope to revitalize.

The new Pennsylvania Avenue Black Arts and Entertainment District spans most of its namesake road running from Penn North to Upton. It joins Highlandtown, Station North and Bromo Seltzer as the city’s only areas with dedicated state tax credits and other incentives encouraging economic development centered around the arts.

The grassroots think tank Leaders of a Beautiful Struggle, the Upton Planning Committee, Arch Social Club and the Druid Heights Community Development Corporation were among the organizations pushing for the designation over the last year or so. The cohort submitted its application in April, and has been awaiting approval from the Maryland Department of Commerce and Maryland State Arts Council. The effort earned the backing of the city council in March, a required step under state law, as well as the surrounding community.

Maryland Commerce Secretary Kelly Schulz announced the designation today, along with another for the Easton on the Eastern Shore.

Lady Brion, cultural curator for Leaders of a Beautiful Struggle, said this will build on recent momentum along Pennsylvania Avenue, including a National Trust for Historic Preservation grant awarded last year to beautify the outside of the Arch Social Club—”kind of the mark of the entryway for the black arts district”—as well as recent Druid Heights CDC grants for facade improvements.

Other plans being explored include a new Cab Calloway museum to be fashioned out of two buildings bequeathed to the Arch Social Club by the late jazz legend’s family, and a similar project that would honor either black women’s history or the Negro League at the old Lenox Theatre and Sphinx Club buildings in the 2100 block, she said.

“So many people still see Pennsylvania Avenue in the glory days of the ’50s and ’60s,” Brion, a poet, spoken word artist and activist, said. “I think this arts and entertainment district can create a new wave of interest in West Baltimore and help to make Pennsylvania Avenue a destination, which will definitely be a way to jump start the local economy in that area and attract people and businesses.”

As with the 27 other arts districts spread across Maryland, the state will offer income tax breaks for artists to live and work in approved areas, and incentives to building owners who renovate their spaces for arts uses.

Brion said it’s on the leaders of the new arts district to brand it well and drum up interest, “creating a platform” for the artists at the center of it all. “For these first foundational years, it’s really about marketing, about promotion and telling a really good story.”

She noted it’s worked for Station North, which has seen a flurry of residential and commercial construction since it was first designated in 2002—arguably so much that it’s actually priced artists and black residents out, some critics (as well as data) say.

Brion added that while she would love to see development take root, she and others who’ve pushed for the designation “don’t want it to be so commercial that [existing residents] don’t actually live in the space.” Pennsylvania Avenue includes homes situated alongside businesses on the main stretch and not just side streets, and “we do want to be respectful of the folks who live on that commercial corridor.”

Rather, this should “invite new homeowners to the area and also transition some of the current renters to be homeowners, to be invested,” she said.

Arts districts are required to reapply for the designation every 10 years, meaning the Pennsylvania Avenue Black Arts and Entertainment District will be up for renewal in 2029.