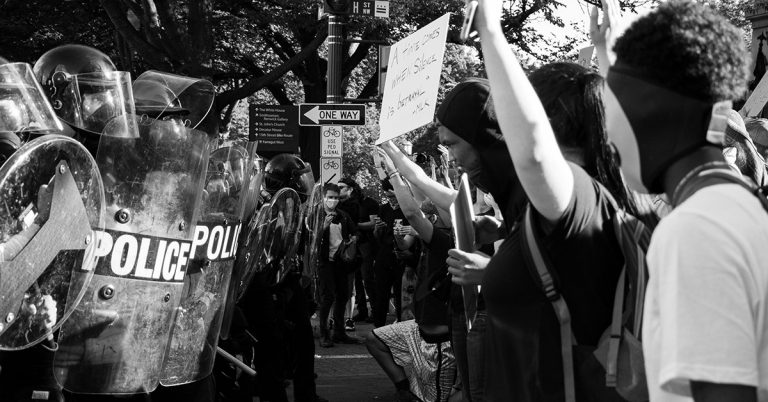 Heeding the calls of protesters from Baltimore to Minneapolis and beyond, leading Maryland lawmakers are pledging to push for reforms to policing practices. A top-ranking state senator is proposing a sweeping set of reforms, including banning violent police tactics, making disciplinary records public and ending the purchase of military equipment for officers. And the speaker of the House of Delegates is convening a bipartisan work group to examine proposals.

Leaders of both chambers say they plan to pass meaningful reform in the General Assembly’s next regular session in January.
“Our system is broken and we cannot continue to do what we’ve been doing,” wrote Sen. William C. Smith Jr., chair of the Senate Judicial Proceedings Committee, in a letter to constituents and fellow lawmakers.

Smith, a Montgomery County Democrat, wrote that while Maryland has made some progress toward policing reforms, “it is far past time for us to reflect upon why it has taken the murder of yet another precious black soul in 2020 to muster the political will to push for meaningful reform.”
[Most read] Baltimore Mayor Young, lagging in bid to keep seat, accepts loss: ‘They wanted change. They have change.’ »
In the wake of the death of George Floyd at the hands of a Minneapolis police officer on Memorial Day, there have been calls for justice for Floyd, as well as for broader reforms to the systems that allow police violence to persist in the United States.

But advocates who have been pushing for reforms are skeptical. They’ve heard these promises before, including after the 2015 death of Freddie Gray, a 25-year-old black man, who was fatally injured in Baltimore Police custody after being arrested for a minor charge.

“You look back to 2015 and the killing of Freddie Gray,” said Dayvon Love, public policy director for the grassroots think tank Leaders of a Beautiful Struggle. “The public outcry does not necessarily equate to the kind of structural changes necessary to address the problem.”

Smith’s proposals include a wide array of proposals that have languished in the State House for years, including:

Smith, an attorney and Navy reservist who was deployed last year, said his goal is not to vilify police but to make changes to ensure that officers carry out their jobs properly and safely.

“This isn’t a slight at officers or law enforcement,” he said. “It’s a restructuring of a system that has given us faulty results for generations.”
The Judicial Proceedings Committee will hold public hearings in the fall.

As a committee chairman, Smith’s proposals will carry more weight than those of a rank-and-file member in the General Assembly — but they are not assured of automatic passage.

Many of these proposals have been introduced before, but failed to win approval in the face of opposition by the Fraternal Order of Police and others. FOP leaders in Baltimore City and Baltimore County did not respond to requests for comment Thursday.

Sen. Jill P. Carter has sponsored police reform bills for years, only to see them often fail or pass as watered-down versions. For the past two years, she sponsored Anton’s Law, a bill named for Anton Black, an African American teenager who suffered a fatal heart attack while being arrested in Caroline County in 2018.

Anton’s Law would make a number of changes, including requiring certain police disciplinary records to be public.

“All of this is long overdue,” said Carter, a Baltimore Democrat. “We have grappled with this issue of the great need for police reform since before the in-custody death of Freddie Gray. These issues are not new. There is apparently a new sense of priority.”

Richard Potter hopes that the renewed attention will get Anton’s Law over the finish line. Potter is president of the NAACP chapter in Talbot County and helped form a coalition to push for changes in the wake of Black’s death.

“Now people are paying closer attention to the issue. People are recognizing there is a problem and we need to come together to create solutions to fix the problem,” he said. “Black men should not be dying at the hands of police officers. We should not see this recurring over and over again.”

Potter said he thinks some lawmakers recognized the problems in the past, but were to fearful to go against the Fraternal Order of Police. He hopes that will now change.

Toni Holness, public policy director for the ACLU of Maryland, said she won’t cheer until the bills actually pass.

“We know this playbook. We’ve played this game before,” she said. “After Freddie Gray was killed, there was an uprising in Baltimore and the country had its eyes on Maryland to reform. There were minor cosmetic changes made to policing laws.”

Holness said the solutions for how to restructure police departments are already well known, and there’s no need for a work group or hearings. Besides, she said, victims of police brutality have spent years “pouring their hearts out” to lawmakers, only to see their proposals fail repeatedly.

Senate President Bill Ferguson, while not specifically endorsing the proposals, gave his blessing to Smith’s efforts.
“Changes in our law are essential to restore trust between law enforcement and communities they police, and today’s announcement brings us one step closer to accomplishing that goal,” Ferguson, a Baltimore Democrat, said in a statement.

In the House of Delegates, Speaker Adrienne A. Jones set up a bipartisan task force last week to review issues of policing, with the goal of coming up with proposals for the next General Assembly session.
“I don’t put together a work group unless it’s going to be successful,” Jones, a Baltimore County Democrat, said in a radio interview this week. “It makes a difference when the speaker happens to be a person of color and has seen this. I have two adult sons and a grandchild, so this is personal to me. We’re going to get it right.”

Jones noted the House did give preliminary approval to a bill during the most recent General Assembly session that would have made police disciplinary records public, but it fell by the wayside during the rushed early end to the session due to the coronavirus pandemic.

Del. Gabriel Acevero, a member of the House work group and sponsor of Anton’s Law, said he hopes his colleagues will “resist the temptation to engage in performative wokeness” and actually pass strong laws.
The Montgomery County Democrat said lawmakers will need to listen to the voices of communities of color who have experienced problems with police.