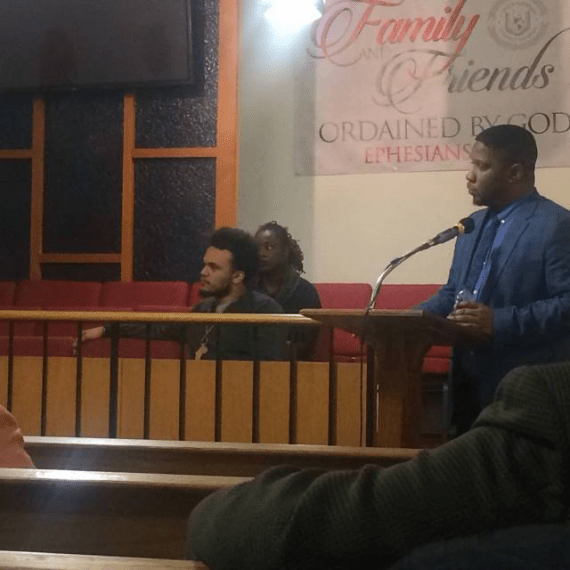 Leaders of a Beautiful Struggle: Lays Out 2018 Policy Agenda

Leaders of a Beautiful Struggle (LBS), a Baltimore based grassroots think-tank, believes local and state lawmakers need a public policy agenda that places the interests of Black Baltimoreans at the center of a process that connects the challenges city residents face.

This week, the organization is working on its public policy agenda for the Maryland General Assembly as well as Baltimore City Hall.  LBS recently hosted its fourth annual Black Legislative Agenda day, drawing a packed house of concerned residents to discuss priority items for State lawmakers in advance of the General Assembly’s 2018 session which begins Jan. 10.

Ray Kelly, local advocate for police reform, said it was important to keeping pressure on lawmakers to ensure transparency in public safety.

“It was important to keep a focus on the consent decree and the legislative barriers that are obstacles to fully implementing mandates to reforming the Baltimore Police Department like the Law Enforcement Officers’ Bill of Rights (LEOBR),” Kelly said. “Our focus remains consistent. In 2018 we will be in full advocacy for City control of the BPD, issues with LEOBR, such as investigatory prowess for the Civilian Review Board (CRB), voting Civilians on the Police disciplinary trial boards and other issues, changing the Maryland Public Information Act (MPIA) that protects police disciplinary records from being publicized.”

Khalilah Harris, deputy director of the White House Initiative for Educational Excellence for African Americans during the Obama administration, spoke about schools as part of a holistic community agenda during the Black Legislative Agenda Day.

“Black families need to be directly engaged in how to improve the lives of their children and be empowered with the tools and information about what it actually looks like for their children to live their best lives and contribute to society,” Harris said. “I haven’t heard a plan from the Mayor’s office and we even have a governor talking about locking people up again, but no real plan for what excellence looks like in education, economic development for affordable housing, transportation and jobs, jobs, jobs.”

Harris further said, “Until that happens, it’s going to require the community to take matters into our hands and look for solutions within the community if the city leadership is not going to do it. Schools function on their own when the communities where they are located are starved for resources.”

Dayvon Love, LBS director of Public Policy, is working on coordinating the concerns raised at the Legislative Agenda Day and working collaboratively with grassroots organizations to develop a focused agenda.

“We will be at the center of the fight to make sure that the approach to public safety doesn’t focus on more incarceration as the ideal. One of the other issues is going to be expansion of expungement,” said Love. “The coalition of organizations will also aim to ensure 30 percent of the funding from possible marijuana legalization comes back to African American communities.”

Love said LBS will serve as a catalyst to form an educational coalition that will push for the return of 70 percent of Baltimore’s education dollars to Black-led community-based organizations.  The Baltimore Algebra Project also advocates for community control of education funding and sent a letter stating this position to policy makers this past summer.

“We ask that they adopt a rigorous racial equity framework and allocate 70 percent of education funding to communities that know how to connect with and interact with students in our city,” Love said.

Both Kelly and Harris agree that participants who attended LBS’ Black Legislative Day will need to roll up their sleeves and get to work to move the legislative process toward the changes needed reflect the African American community.

“We have knowledge of experience and are aware of the necessary policy changes to implement real change, but we only have a window of about for years, so we will be aggressive and resolute,” Kelly said.