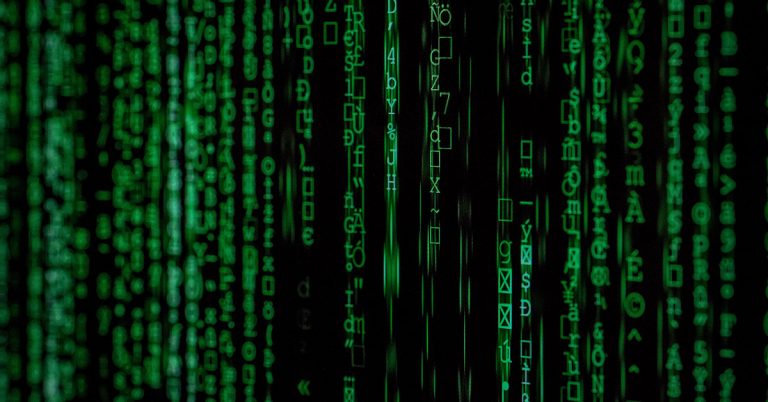 When protesters took to the street after police shot and killed Michael Brown in Ferguson, Missouri, they were greeted by law enforcement in full body armor, flanked by armored vehicles. In the two and a half years and countless shootings since, militarized police have become an all too familiar sight. In response, citizens have overwhelmingly begun to film these interactions on their smartphones, making the technology the eyes of our nation. But as we watch the police, they also watch us – only they don’t use an iPhone. Often, they use military grade surveillance equipment that gives them a much broader view than simple cell phone cameras ever could.

Yet police using military surveillance technology is increasingly common. “I think that it’s a pretty disturbing trend,” says Jay Stanley, a senior policy analyst with the ACLU Speech, Privacy, and Technology Project. “Obviously there has been a lot of attention to the militarization of police after Ferguson, but this is another side of that story.”

Cameras in the SkyWhen it comes to aerial surveillance, the citizens of Baltimore were watched for months without knowing about it. Using twelve high powered cameras attached to each plane, the private company Persistent Surveillance Systems (PSS), in coordination with the Baltimore Police Department, carried out the surveillance of Baltimore, according to anAugust 2016 investigative report from Bloomberg that detailed the scope of PSS’s surveillance and the lack of oversight it received.

The wide-area surveillance system can be traced back to the Air Force, where, in 2006, PSS founder Ross McNutt began to develop a new and unique surveillance program called Angel Fire. He created it so that entire cities in could be monitored from above.

The Angel Fire program was surprisingly simple as an idea. As a plane flew over a war zone, the cameras mounted to it would capture a photo every second, for hours on end, which were then digitally stitched together and sent to a command center on the ground, where they images were stored. This created a time-stamped, ever-changing map of an area that could be searched and analyzed. You can zoom in, track where figures went over the course of a day – even potentially going back in time to when an improvised explosive device went off and seeing who set it hours earlier. In addition to providing the location of a single individual, the technology could also be used to track multiple people who interacted with each other, showing where they went regularly, and providing the military the ability to map whole enemy networks, McNutt told Radiolab in 2015.

In 2016, that technology was brought to the city of Baltimore.

According to Bloomberg, the aerial surveillance program was funded by private philanthropists who gave the money for the surveillance program through the Baltimore Community Foundation (BCF), a collection of charitable funds benefiting civic projects in the greater Baltimore region. Given the program was funded through a private foundation, and not the city budget, it didn’t receive any scrutiny or approval from local lawmakers as part of the city budget process. The number of people left out of the loop included “Mayor Stephanie Rawlings-Blake, the city’s top prosecutor and the state public defender’s office, state and federal lawmakers, and police union officials,” according to the Baltimore Sun. (The BCF declined an interview to Rolling Stone, based on the confidentiality of donor records.)

When Bloomberg exposed the program in August, PSS’s actions in Baltimore had involved recording over 300 hours of flight time and taking more than one million pictures of the streets below, according to multiple outlets. PSS would analyze the images they received, and then put together briefings for detectives.

The ACLU’s Stanley expected there to be a big debate about this technology when police started trying to use it domestically, and was surprised that the program was able to be implemented with no public debate over this sort of surveillance. Today, the Coalition for Justice, Safety, and Jobs, which includes the ACLU and numerous other organizations, is working to have the Baltimore city council address surveillance as well as push for more transparency in the BPD.

In response to the backlash once the program was exposed, Baltimore Police Department spokesman T.J. Smith told reporters that “[the program with PSS] is effectively a mobile CitiWatch camera,” referring to Baltimore’s network of 700 street level cameras. He also insisted that the program was not secret, and was not surveillance.

David Rocah, a Senior Staff Attorney at ACLU Maryland, disagrees with this assessment. He believes the police’s insistence that the program is legal “ignores the fundamental difference between what a few cameras happen to see on a street and the government creating a permanent record of every person in the city’s movements outside of their home,” he tells Rolling Stone. “The two are simply not comparable.” (Neither T.J. Smith nor the Baltimore Police Department responded to interview requests.)

The BPD announced that the aerial surveillance program would be used during Fleet Week and the Baltimore Marathon in October, according to the Baltimore Sun, and it’s unclear what other flights PSS has been engaged with since being exposed in August of 2016.

The impact goes beyond the hypothetical – while some might argue that you have no reason to be concerned if you aren’t doing anything wrong, there are, in fact, very tangible implications for individuals.

Lawrence Grandpre, the Director of Research at Leaders of a Beautiful Struggle, a grassroots think tank in Baltimore says, “Aerial surveillance is only the tip of the spear when it comes to surveillance in Baltimore.”

Beyond Aerial SurveillanceWhile PSS is the most recent example, Baltimore’s citizens have also faced police armed with military technology to track cellphones and identify faces that was implemented and honed overseas. Both of these create very real problems for everyday people.

Since 2010, and potentially prior, Baltimore has been subjected to a technology developed for overseas battlefields called Stingray, otherwise know as a cell site simulator. The technology mimics a cellphone tower, causing nearby phones to connect to it. In the pinging back and forth once connected, a Stingray knows not only what cell phones are in the area, but also where they are, the calls they’ve made, and, importantly, the conversations themselves.

This data capture isn’t just limited to the individual that police might be looking to track, but also all the other phones on the network. “While the police may indeed use this technology to pinpoint a suspect’s location, by casting such a wide net there is also the potential for many kinds of constitutional abuses – for instance, sweeping up the identities of every person attending a demonstration or a political meeting,” the ACLU’S Stanley wrote of Stingrays in 2016.

Grandpre contends that the use of technologies like this create a militaristic dynamic between citizens and the authorities. “Policing is supposed to be a public service, but they’re viewing people as enemy combatants,” says Grandpre. “I don’t think folks understand how that filters down to interactions on the street, when you set the frame through one of militarization and engagement, cops then follow the frame.” This can result in conflicts escalating and idea of community policing being undermined.

Karl Bickel, a Senior Policy Analyst for the DOJ’s Community Oriented Policing Services, echoed this idea in an official 2013 blog post. “Stress training in police academies, and its warrior-like orientation that tends to create an ‘us versus them’ mindset in rookie officers, has the potential of creating barriers between the police and the community,” he wrote.

Taking action to curb the use of this technology, groups such as the Center for Media Justice, ColorOfChange.org, and New America’s Open Technology Institute filed a complaint last August to the FCC, alleging that the BPD doesn’t have the license to use Stingrays, in addition to the fact that Stingrays can disrupt calls in their area, including 911 calls. In mapping Baltimore’s confirmed Stingrays uses over the racial makeup of the city, the complaint also found that Stingrays are disproportionately used against communities of color.

Faces in the CrowdAccording to a recent report from the ACLU, during the protests following the killing of Freddie Gray, the BPD also used geo-based social media tracking and facial recognition technology on protesters following the death of Freddie Gray. Facial recognition technology has been around for years, but was refined overseas in the wars in Afghanistan and Iraq.

Geofeedia, the company behind the social media monitoring technology, fed their information through facial recognition tech, allowed the BPD to track movements of protesters and anti-police actions, arresting those with outstanding warrants “directly from the crowd,” according to the Geofeedia case study of Baltimore, which evaluated the success of their technology during the Freddie Gray protests and was used to market the technology to other police departments.

Yet according to reports from the the National Institute of Standards and Technologies in 2011 and 2012, facial recognition technology exhibits a racial bias. The company Cognitec (whose algorithms are used by Maryland police for facial recognition) was one of those evaluated by the NIST. They found that Cognitec’s algorithms regularly performed up to 10 percent worse on African Americans than Caucasians. This means that if you’re African American there is a higher chance you’ll be falsely arrested or stopped if police are utilizing facial recognition technology.

Given the results of the Department of Justice’s Investigation of the Baltimore Police Department released in August, this shouldn’t be surprising. The report found that the police targeted an inordinate number of people of color, noting that the “BPD disproportionately stops African-American pedestrians.” Throughout Baltimore, the BPD stopped African-American residents at a rate three times higher than white residents, the report found. It also found that “The Department … lacks adequate civilian oversight – its Civilian Review Board is hampered by inadequate resources, and the agency’s internal affairs and disciplinary process lacks transparency.” While this specifically relates to the methods of recourse and justice when it comes to the death of individuals like Freddie Gray, it reflects a general lack of transparency that has extended to include programs like PSS, which was exposed less than a month after the report was released.

Given this clandestine approach to law enforcement, the backlash to programs like Stingray, Persistent Surveillance Systems, and facial recognition technology – all exposed only by actors outside of the police department – seems deeply necessary, if for no other reason than learning more about them. “There is no denying that there is some benefit and some crimes will be solved that come from police watching everything that everybody does all the time,” says Stanley. “But this is where the rubber hits the road and we decide whether we really want to go down this path.”