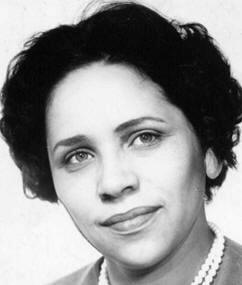 Training officer in the Community Action Agency, now the Baltimore Urban Services Agency from 1969 to 1972

Madeline Wheeler Murphy (1922-2007), the second of three children of the late Arthur E. Wheeler, Sr., and the late Madeline (née Hall) Brooks, was born in Boston, Massachusetts and raised in Wilmington, Delaware. She was educated in the Wilmington public schools and she graduated from Howard High School where she was valedictorian. She matriculated at Temple University’s School of Commerce and earned high marks during her two years of undergraduate study. At the age of 68, Madeline earned a Certificate in Fine Arts from the Maryland Institute College of Art.

While a Temple student, she met her husband-to-be, the late District Judge William H. Murphy Sr., at a dance at a nearby university. The loving couple remained happily married from 1942 until his death in 2003. They lived in Delaware and Chicago briefly, before moving to the Baltimore area in 1945. After a year at Turners Station they moved to Cherry Hill, and lived in that community for 52 years.

Mrs. Murphy was a woman of courage and conviction who devoted herself to improving the political, social and educational opportunities in her community. During her sixty years in Baltimore, she led and participated in numerous community organizations. As a resident of Cherry Hill, she ran unsuccessfully for Baltimore City Council twice, and once for the Maryland Constitutional Convention.

After having been a volunteer for fifteen years, she was appointed director of community services for the Cherry Hill Community Presbyterian Church, where she served from 1959 to 1969. In that position, she developed programs in literacy, political education, and youth development. The church served as a last resort for many Cherry Hill residents in need of food, clothing, counseling, job placement and was a location of community organizing around the issues facing welfare recipients and the lack of affordable housing. Under her leadership, this organizing led to the creation of a state-funded day care center in the church for welfare recipients and job training program participants.

Mrs. Murphy organized one of the first contingents of neighborhood VISTA volunteers, a group that later became active in the Welfare Rights Organization and tenant organizing. During her life, she mentored many African-American women in Baltimore from childhood through college and beyond. Admirably, her community work was both personal and public, and grassroots as well as civic.

Mrs. Murphy served on the first Board of the Baltimore City Poverty Program and the Baltimore City Community Action Commission; later, from 1969 to 1972, became training officer in the Community Action Agency, now the Baltimore Urban Services Agency. She extended her reach to the academic realm as the coordinator of a freshman sociology course at Dickinson College, Carlisle, Pa., called “Perspectives on Race”, from 1970 to 1972. Mrs. Murphy was also a well-known public figure with a career as a writer and commentator in local television and radio, on WJZ-TV and WEAA-FM, Morgan State University’s radio station. She was best known as a feature panelist on the WJZ-TV program, “Square Off” from 1976 until 1986. As a print journalist, Madeline Murphy wrote an editorial column for the Friday edition of the Baltimore Afro-American Newspaper for twenty-one years and later for the Baltimore Times. The book entitled Madeline Murphy Speaks is a compilation of the best of these articles.

Notwithstanding her public life and political passion, “Babe,” as she was affectionately called by loved ones, was extremely devoted to her family and cherished her private life. She traveled extensively throughout the United States, Cuba, Europe, North Africa, the Caribbean, the former Soviet Union, East Germany, and China, and wrote numerous articles on her travels. Her hobbies included knitting, crocheting, needlepoint, embroidery, painting and drawing, gardening, genealogy, reading and movies. In her later years, she took up watercolor painting. She shared these passions with her children and grandchildren who were greatly influenced by the many dimensions of her personality.
She was married for 61 years to the late Judge William H. Murphy, Sr. and is survived by her sister, Mary Ann Franklin of Baltimore, son, William H. Murphy, Jr. of Baltimore, daughter, Madeline Murphy Rabb of Chicago, Illinois, son, Arthur W. Murphy of Baltimore, son, Houston W. Murphy of Alexandria, Virginia and daughter, Laura W. Murphy of Washington, DC. She is also survived by ten grandchildren, seven and a half great grandchildren, and numerous other relatives.