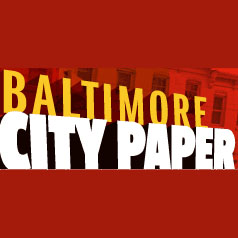 Students are gathered around a long table in a research lab-turned classroom at Coppin Academy on the campus of Coppin State University. The white board is covered with formal debate rules and timing, and off to the side is a page with ideas for arguments related to this year’s policy debate topic: “Resolved: The United States should substantially increase its non-military exploration and/or development of the Earth’s oceans.”

This is the Baltimore Urban Debate League’s (BUDL) high school summer camp, a free camp which drew 30 experienced debaters for a week of research and practice rounds in preparation for the upcoming season. The camp for elementary and middle school students, held earlier in the summer, drew 90 students who got their first taste of competitive debate. The season starts when schools open, with the first high school tournament set for Saturday, Sept. 20 (full disclosure: I have been a judge before and will probably judge this season). The season will ultimately take teams from over 35 area high schools to six local tournaments and five travel tournaments, including the national championships sponsored by the National Association of Urban Debate Leagues (NAUDL).

This wasn’t the only debate camp for senior debaters held in Baltimore this summer. For three weeks in July, debaters from all over the country stayed in the dorms at Morgan State for the Eddie Conway Liberation Institute (ECLI), a debate camp run by the Baltimore-based youth-led think tank and political action group Leaders of a Beautiful Struggle (LBS), which has challenged what LBS Director of Research and Public Policy Dayvon Love calls a “social service model of debate,” one that sees a predominantly white-run organization offering services to help black students. The division has created its own serious debate about the role of nonprofits in minority communities.

Focused on the theme of “Black cultural identity development and social justice,” ECLI, like BUDL, trains students in debating skills, but it sees those skills as ultimately helping students understand the role of race in personal identity, social life, and politics. At ECLI, debate is explicitly training students to think critically about how conceptions of racial difference and the white/black binary structures life at all levels, and how to make real change in their communities when they return home.

ECLI, an over-night camp which costs $3,000 to attend and lasts for three weeks, also trains students in a style of debate that is increasingly popular on the national circuit, one that some say is opening debate space to new kinds of debaters and allowing a real challenge to the elite, usually white debate tournament. These new debaters challenge the formal rules of debate, incorporating new styles, including the use of personal stories, performative styles, and radical political arguments from diverse fields such as Africana studies, queer theory, and radical social movements. It’s the kind of stuff that’s expected in graduate programs in the humanities, but now it’s sweeping the debate world, largely because the once lily-white debate space is incorporating more and more students from diverse backgrounds who are using their debate skills to challenge the very concept of formal debate itself. And the approach is winning at tournaments in Baltimore and all over the country. Earlier this year Towson debaters Ameena Ruffin and Korey Johnson, both BUDL alums and members of LBS, used this style to become the first black female team to win the Cross Examination Debate Association national championship. (CP contributor Karen Houppert wrote “Finding Their Voices,” a  story detailing these styles for the Washington Post Magazine in 2007.)

But the arguments taught at ECLI and in this newer form of debate aren’t simply academic arguments for winning rounds. LBS is now arguing that it should be running the high school debate program in Baltimore itself, taking control of debate in Baltimore from BUDL. It argues that if debate is really about empowering students to make change in their communities, the time has come to let the community use the capacities they’ve built in debate—yes, partly through BUDL’s work—to make that change in debate itself.

LBS’s Dayvon Love was a debater with BUDL before going on to debate for Towson University, where he and his partner were the first all-black team in history to win the national championship. Love acknowledged that he and other LBS leaders are “appreciative of what BUDL was able to do,” but argued that BUDL’s accountability is ultimately to its funders, not the community it seeks to serve, and at this point in debate’s development in Baltimore, it is time to hand over the reins to people who are part of the community itself. For debate to reach its full potential as a means of social change, it must be owned by the community itself, not a nonprofit that, for all the good it intends to do—and one could argue does do—has limited reach.

Debate has almost always been offered at suburban and private schools; think Dead Poets Society. But at urban public schools, such programs were cut in the ’90s as budgets shrunk. The nonprofit NAUDL stepped in to get urban public-school kids back into debate, and for good reason. Debate teaches all the skills necessary to succeed at school and college—research, writing, and critical thinking skills are all honed as students learn to make and defend arguments on all sides of an issue.

BUDL is entering its 15th year of bringing debate to city schools, and it says its results prove the program is doing its job. According to NAUDL, 90 percent of urban debaters graduate on time, their GPAs rise every semester they are involved in debate, 86 percent of them will go to college, and 80 percent will earn their college degrees. According to BUDL’s research, Baltimore debaters have higher rates of school attendance, score better on standardized exams, and are significantly more likely to attend college and earn scholarships. One BUDL student was recently named a Gates Foundation Fellow, earning scholarship support all the way through graduate school.

The debaters at this year’s BUDL camp fully expect debate to pay off. Tyler Williams, for example, debates “because it’s fun. It’s combative. It starts controversy.” But he also debates because he knows it will set him up well for college and a stint as a Navy J.A.G. before he heads off for a career with the U.N. Security Council. Jared Bey debates because he knows it will help him on the road to becoming a defense attorney. Kini Reid, who has been debating since she was in the sixth grade and is now one of the camp’s most advanced debaters, debates “because it’s a way to speak out on things, not just in my community, but outside of what our age group is supposed to talk about. We surpass others.”

Leslie Boyadjian, BUDL’s Teaching and Learning Manager, loves how debate empowers students: “I am blown away by the power of debate. I tell them, ‘you guys give me hope about what’s to come. When I see you guys talking like this, I have hope for the future.’ They think about their futures in strategic ways in terms of what they want to do and how they want to engage their communities.”

There is no denying the power of debate for preparing students for college, but debate is about more than that. Shennel Matthews debates partly because of how much she learns about really complicated issues. For this year’s topic on oceans, she’s already learned about “desalination, solar plants, colonization, quare theory [which integrates race and class analysis with queer theory], black bodies . . .” She trails off, because the list is really, really long.

And this is the politics of debate: It teaches students to think in complex ways about issues facing their communities. Last year’s elementary and middle school topic about installing solar panels on the roofs of public schools led to fourth graders sharing stories about their failing school infrastructures and demanding changes. Boyadjian notes that students “see this stuff in their communities and bring it here,” and they learn about politics in new ways they otherwise wouldn’t learn in high school: “They learn the difference between what a politician is and what politics are.” That’s the real power of debate, and in 15 years of training students, BUDL has produced smart, critical community leaders. This was always the goal of the urban debate leagues, and according to LBS, it is time for BUDL to wither away and let the students it helped trained take control of high school debate in Baltimore.

And there seems to be some limit to BUDL’s reach. Its high school debate program is suffering from decreasing participation. BUDL staff argues this is because debate as a time-consuming extracurricular activity must compete with so many other claims on young people’s time: work, family obligations, other activities. They point to the growth of the elementary and middle school program as a sign of the healthy state of debate in Baltimore. For LBS, the problem is deeper than that. Young people have always faced competing demands on their time. What would get more students involved in debate would be returning to control to the community itself.

Adam Jackson, CEO of LBS—a for-profit organization, which just launched a crowd-sourced funding drive—argues that the nonprofit model of BUDL means that too often “professional development for BUDL is about increasing resources for BUDL. Where does the accountability lie? With the schools?”

Jackson argues that this is not a knock on BUDL in particular—this is a larger problem with what he and other activists have termed the Nonprofit Industrial Complex. Nonprofits find themselves perversely invested in the continuation of the very problems they seek to ameliorate as addressing the problem becomes their bread and butter. As funding becomes increasingly important, the nonprofit begins to shape its work in response to the priorities of funders rather than the community itself. (City Paper discovered that out of  total funds of nearly $1.5 million, $684,000 are paid in salaries, with these highest, $107,210, going to Executive Director Pamela Block Brier.)

LBS’s offer to take over administration of BUDL’s high school program was ultimately refused. BUDL often hires graduates of its program to work with BUDL at its camps and during the year, but LBS organizers were not interested in working as staffers for BUDL largely because it replicates the same problem: being accountable to a third party—in this case, BUDL itself—rather than the community. LBS has drawn public attention to its issues with BUDL, but BUDL has met that public criticism with silence, refusing to publicly address the conflict with LBS over control of high school debate in Baltimore. Coleen Reyes, Director of Programs for BUDL, would only say that “we have no problem with what LBS is doing,” moving quickly to talking about BUDL’s plans for the upcoming competitive debate year and new efforts to incorporate debate across the curriculum.

LBS is now working with Morgan State’s philosophy department to establish a college debate program. LBS has additional plans in the works to create a sustainable community-owned debate curriculum in Baltimore that will be unveiled later this fall. Although LBS and BUDL may take their separate routes, the conflict highlights important questions for all who do nonprofit work in Baltimore. What does it mean to be accountable, and to whom? Who should be in charge of deciding priorities in different communities? Who should pay for it, and who should get paid? One thing all parties in this case seem able to agree upon is that debate is a powerful tool; the question is who shares the tool and to what end.

PrevPreviousVIDEO: Connecting the Dots Between Ferguson and Baltimore
NextMike Brown, Ferguson and the Criminalization of Black sentienceNext