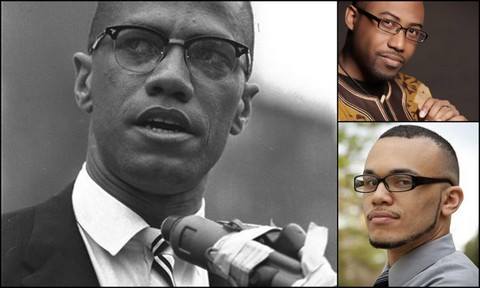 The nation will mark the 50th anniversary this weekend of the assassination of civil rights icon Malcolm X in Harlem’s Audubon Ballroom on Feb. 21, 1965. The man born Malcolm Little nearly 90 years ago spoke of Black self-determination and empowerment, a message which continues to resonate with Baltimore’s justice makers five decades after X’s death.

“I owe a lot to Malcolm X,” said the Rev. Dr. Heber Brown III, pastor of Pleasant Hope Baptist Church and one of Baltimore’s prominent justice advocates and organizers. Brown said he has studied the life and teachings of X for approximately 15 years. Brown said that X’s belief in Black self-determination may have been the primary influence on his own work as a justice advocate, noting that X was part of a current flowing back through the Hon. Elijah Muhammad, Marcus Garvey, and others.

“But brother Malcolm X had just a dynamic way of crystallizing not only the whys but the what,” said Brown. “He provided the analysis as to why it’s important in terms of Black people controlling the politics of their own community and their own lives, but then he also gave clear examples about how to do that and talked about the stores in our neighborhoods, he talked about businesses working in cooperation to, for example, hire your own children so you don’t have to beg others to hire your children…So his piece on Black self-determination was just really one of those things that impacts everything I do.”

Adam Jackson is the CEO of Leaders for a Beautiful Struggle, a youth-led policy think tank working to pass legislative reforms on issues affecting African Americans and other people of color. Jackson agreed with Brown about the continuing impact of X’s message of Black self-determination. “Him being able to communicate [that message] to a larger audience, and connecting to the masses of Black people shifted the conversation from acceptance and integration, and shifted it to autonomy and independence, which is usually lost even in contemporary political discourse,” said Jackson.

“Injecting that is important, because when we don’t have that, we only have one side of the conversation, and we’re not focusing on the ways in which Black people can gain independence and autonomy from racism.” Jackson said it is important not to view X’s discourse as an opposing viewpoint to more “mainstream” civil rights beliefs, like the rhetoric of the Rev. Dr. Martin Luther King Jr. Instead, they should be seen as part and parcel of an effort to both change laws and address racism from a structural, and not simply an individual, standpoint.

“They’re just different methodologies to deal with the same problem,” said Jackson. “And it’s not about Martin v. Malcolm, they’re both working in the same direction, and the same stream of discourse.”