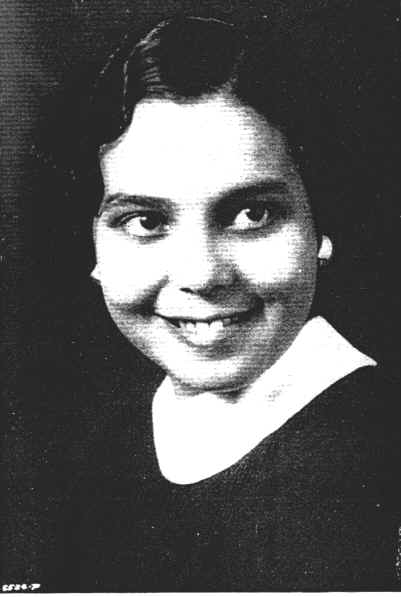 The first Black woman to practice law in Maryland

Juanita Jackson Mitchell (1913-1992) was a civil rights leader, community activist, and lawyer born in Hot Springs, Arkansas to Lillie May (Carroll) Jackson and Keiffer Jackson. She had two sisters, Virginia and Marion and one brother. Juanita and her family frequently moved across the South at that time because her father showed feature films in church basements, often the only facilities available to African Americans. While her father changed movie reels, young Juanita recited poetry to the moviegoers.

After completing her advanced degree Jackson joined the National Association for the Advancement of Colored People (NAACP) staff in Baltimore and soon worked her way into the National office. While there Jackson met Clarence Mitchell, already a rising star in the NAACP. They both vowed to continue working for the NAACP after their marriage on September 7, 1938.

In 1942 Juanita Jackson Mitchell returned to Maryland to direct an NAACP voter registration drive. Before the end of the year she and her organizers registered over eleven thousand new voters. As part of the registration campaign, Mitchell led a citizen’s march on Annapolis, the Maryland state capital.

For the rest of the 1940s and into the 1950s Mitchell worked on the campaign to end segregation in Maryland. She backed efforts to integrate public accommodations and schools. One 1950 lawsuit she filed with fellow Marylander Thurgood Marshall led to a 1955 U.S. Supreme Court decision desegregating the state parks of Maryland. The decision allowed blacks in the state to use hundreds of municipal and state beaches and swimming pools for the first time. She also participated in the lawsuits which integrated the public schools of Baltimore, which in 1955 became the first southern city to see its schools desegregated.

Juanita Jackson Mitchell also supported the efforts of her husband, now the chief NAACP lobbyist in Congress to get civil rights legislation and in 1970 she campaigned for her brother-in-law Parren J. Mitchell when he was elected as Maryland’s first black congressman.

Mitchell was also appointed to Presidential Commissions by Presidents Franklin D. Roosevelt, John F. Kennedy, and Lyndon B. Johnson. She was a member of Alpha Kappa Alpha Sorority, the National Association of Negro Business, and the Black American Professional Women’s Club. In 1986 she was inducted into the Maryland Women’s Hall of Fame.

Juanita Jackson Mitchell died of heart failure in her Baltimore home in July 1992.