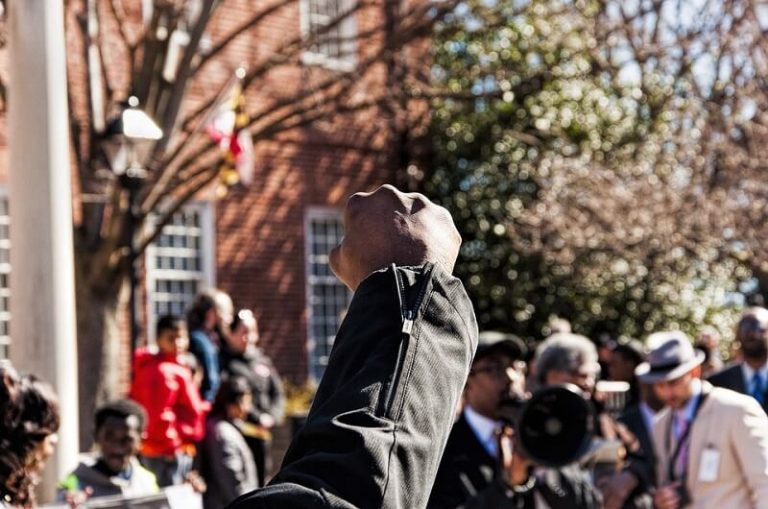 Is it Real? The State of Racial Justice in Maryland Politics

The condition of Black people in Maryland — and around the country — is best understood as an internal colony of American imperialism.

As a people, we do not have independent institutions that enable us to be politically or economically sovereign. Many of the entities that advocate on behalf of Black people are reliant on proximity to mainstream white-controlled institutions or financial/social capital from them. This is mostly the result of the 16-to-1 wealth disparity that is the outgrowth of the sociological fact that this society is structured on the system of white supremacy.

This is also the result of a collective American consciousness that is socialized to believe that Black people achieve freedom by petitioning white people for their moral support. The combination of these two forces is essential in explaining the potential limitations of the popularization of more progressive policies in mainstream political discourse and the emergence of Black people in leadership positions in the legislature in producing real material gains for the masses of Black people.

The Maryland state legislature has gone through many changes over the past five years. Many would argue that the overall ideological makeup of the Democratic caucus in both chambers has shifted to the left, consistent with the overall national trends. There is a Black woman as speaker of the House, a more progressive Senate president than the previous one, and more Black people in leadership positions in the legislature.

There are certainly more changes to come that will likely push further in this direction. Oppressive societies often look for ways to absorb these kinds of changes in order to keep the fundamental social order intact.

In other words, we must test how substantive these leadership changes are by putting the kind of policies on the table that redistribute power and resources into the hands of working-class Black and Brown people and that strike decisive blows to systems that dehumanize our people.

These policies include cannabis legalization that deals with the criminal justice and socio-economic damage done to Black people as a result of the war on drugs. We can’t just expunge a few records and give a few dollars to some nonprofits and call that racial justice.

We must have cannabis legalization that invests significant resources back into the communities most impacted by the war on drugs and that deals comprehensively with the criminal justice impacts of mass incarceration. Policies like removing school resource officers from schools are important to address the racialized forms of violence that Blacks are exposed to in schools. Policies that require attorneys to be present when youth are interrogated by police in order to avoid Black youth being sucked into the criminal justice system. Policies like progressive tax reform taxes a larger proportion of the top 10% income earners and a lesser proportion of the middle and working class.

It will also be important to test whether certain legislators who are heralded as progressive champions are given positions of power in leadership.

For instance, if Will Smith were to leave the state Senate to pursue higher office, will Jill Carter, veteran legislator and undisputed champion of racial justice in the legislature, be appointed by Senate President Bill Ferguson to chair the Judicial Proceedings Committee?

These are the kinds of policies and appointments that will determine whether the changes in the legislature constitute a real move toward racial justice or whether the Democratic Party will do what it has always done in the face of radical social movement activity and merely espouse progressive rhetoric and elevate Black faces in an effort to incorporate resistance into the existing social order.

Black people in this society have been conditioned to seek out the support of white people and mainstream institutions in order to legitimize our efforts. This conditioning has caused many people to confuse proximity to corporate, mainstream institutional power with actual power. This often leads to demands being watered down for the sake of not alienating the corporate and institutional forces that put selected Black leaders in positions of power.

When it comes to racial justice, true power comes from having a base in the community that supports you. Only advocacy that is rooted in the prioritization of power from the grassroots is capable of punching through the tactic of incorporated resistance that is so often a tool of the Democratic Party to blunt radical social movement activity.

Some may say that the police reform package last session was a sufficient test of the legislature’s ability to effectively pursue racial justice. There are two problems with this notion.

First, even though what the legislature passed is better than what existed before, what passed does not get at the level of change that one could credibly call racial justice. I explain this point more in detail in a March 23 Washington Post op-ed, “What racial justice police reform looks like in Maryland.”

Secondly, the unrest from the killing of George Floyd and Breonna Taylor were major international events that permeated the entire society. This backdrop put pressure on the legislature in a way that added to the need to appear to be responsive to the moment. An authentic characterization of the politics of the legislature is best assessed in moments where there is not a national context that incentivizes the need to appear to advance racial justice.

I am clear that the existing social order is rooted in white supremacy and all the other forms of oppression that it organizes. There are some who would describe the policies listed above as far left and extreme. I argue that these policies are the floor for anything that looks like racial justice.

John Henrik Clarke once said that if slavery is your baseline for understanding Black people, then everything else looks like progress. The baseline for me are policies that support Black people accumulating collective wealth and power that are at least proportional to our presence in the population of Maryland and policies that dismantle systems that dehumanize Black people.

Everything beyond that is progress.