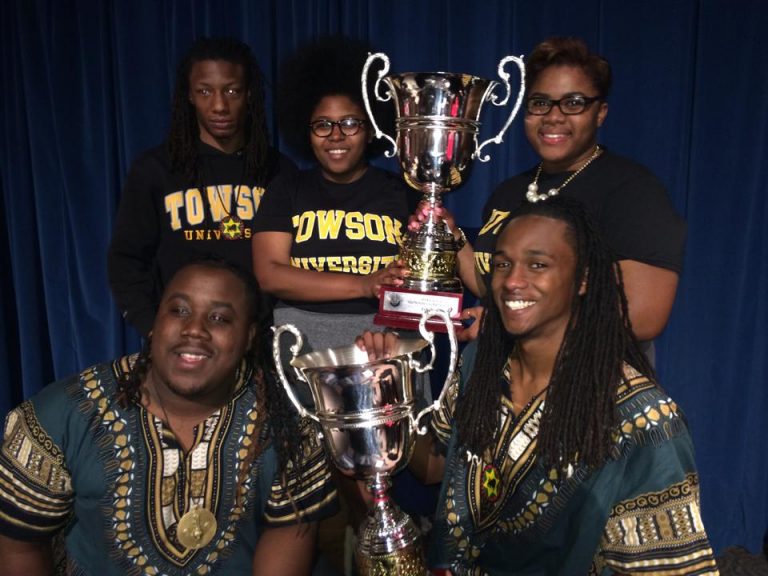 Jessica Carew Kraft in her article about the emergence of “alternative syles of debate” sees herself as advancing a narrative of Black success that challenges institutional racism. Her article is an example of an insidious phenomenon where white people lodge criticisms of racism in ways that reinforce white supremacy.

What do I mean?

The impression you get when you read her article is that Black debaters have made innovations in debate as it relates to the form of the discourse at the expense of intellectual contributions:

Indeed, to prevail using the new approach, students don’t necessarily have to develop high-level research skills or marshal evidence from published scholarship. They also might not need to have the intellectual acuity required for arguing both sides of a resolution. These skills—together with a non-confrontational presentation style—are considered crucial for success in fields like law and business.

This quote presents the totalizing way in which arguments pertaining to racial injustice are cast in a white gaze that sees all discussions about race as emotional and empty conversation.  For instance, in her characterization of George Lee’s arguments about “nigga affect”, she fails to provide information about the scholarly work of Ronald Judy who is a cultural studies scholar at the University of Pittsburgh. They’re one of several authors and scholars George and Rashid used to construct their argument. Jessica’s lack of understanding the depth of Black scholarship is evidenced by her lack of substantive commentary of the arguments involved in the final round.

In this debate there are high level intellectual issues at play, including:

Throughout this debate, Towson and Oklahoma used scholarly work of people like Saidiya Hartman, Alexis Gumbs, David Marriott and many others. The innovation in the delivery of the argumentation provides a more epistemologically accessible method to engage the high level theories of the scholars that they’re drawing from. The rapping and poetry is not merely entertainment. It is another way to navigate the intellectual contributions that are made by the scholars that they have used. 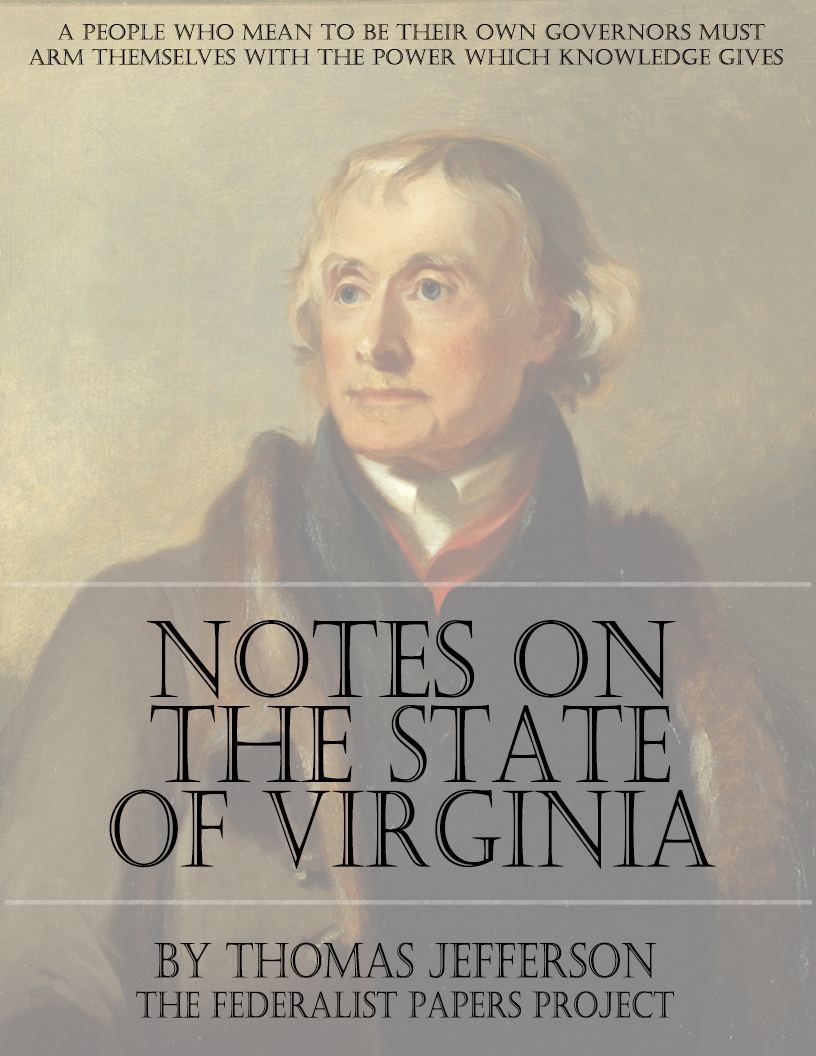 The white left represents Blackness as a spectacle. They use these “spectacular” images of Blackness that in a way that reinforces white supremacy and Black inferiority. Spectalcularized representations of black people have historical resonance in American society. Thomas Jefferson is his book “Notes on Virginia” wrote among other things that Black people where not capable producing complex thoughts and ideas but where more musically and rhythmically inclined.

The history of the white consumption of Black representations is fettered with the inability to see Black people as anything more than being able to entertain. If you read the article you get the sense that these debaters are more interested in creating aesthetically pleasing performances as opposed to rigorous academic work. It is the inability for white people to see Black scholarship as providing new intellectual innovations that animates the white supremacist paradigm that the article is situated in. Substantive critiques of European notions of ontology, the ideological shortfalls of humanism, and innovations in political science that is given to us by Black scholarship are shunted aside in service of the white liberal narrative of spectacularized Black performativity.

The general problem is that there is an arrogance amongst white people where they can talk about the issues facing Black people and the scholarly works of Black people without having been immersed in it.This arr
ogance is rooted in the assumption of the inferiority of Black people. It’s similar to the way that white people talk about Martin Luther King Jr’s “dream”. White people speak authoritatively on a notion of a “colorblind America” as King’s dream, but many have not read his academic work that would easily demonstrate his view on racial justice. The mainstream view of Dr. King has more to do with a colorblind white liberalism that people project onto King’s legacy.

The social media response to Jessica’s article further illustrates why there is a desperate need for us to correct this narrative of “alternative debate” with Black people:

@TheAtlanticEDU As a former urban debate coach I found this really disheartening. Do we really want to set the expectations that low?

.@TheAtlantic Less educated but culturally diverse. Not sure that increases the capacity of wisdom when failed cultures have input.

This is a problem that Black debaters have experienced before. For the past several years, as “urban debate” has come to the national stage, several articles and stories have continued this problematic narrative:

“[Cooper and Love] used various forms of expression, including hip-hop, clips of songs and ‘spoken word,’ to accentuate their points, a far cry from the more straightforward, evidence-laden presentations of some of their competitors”.

“Cooper and Love say that debate has been based on “white principles.” But there are no “white” or “black” principles. A principle is by nature universal. When you throw out evidence and logic, you get lies, contradictions, appeals to emotion and loyalty, and sheer stupidity.”

Valarea Jones, a student at Towson University, sat at the other end of the table, scowling. She now had three minutes to cross-examine the NYU team. “Why did you make a conscious decision to read as fast as you did?” she asked. And later, “Do you think that debate is multicultural?”“We’re multicultural,” Ms. Zhou replied, noting that none of the contestants in the room were white. Most tournaments held by the debate association have very few rules. All a team has to do to win, other than meet some time limits, is to persuade three judges to vote for them in any given round.

Someone called time. Ms. Jones rolled up the sleeves of her gray hooded sweatshirt and stood at the front of the room for her six-minute rebuttal. She began with an account of the trading of African slaves in the early years of the United States.

She spoke at normal speed and with emotion.

Many times over the years judges rejected such radical themes. To some, the idea of personalizing debates, even incorporating poetry and rap, made a sham of it.But here they were, Wash and Smith, showing just how far the dogged debaters from inner cities have come. The moment was at hand when an urban-born team could be the first to win both titles.

Professor (and former debater) Shanara Reid-Brinkley, in her article “Ghetto Kids Gone Good“, writes about the scripts that are used to read Black bodies in ways that reinforce white supremacy. Public representation of Black people in debate has been relegated to emotional and performative rather than substantive.  Her examples derive directly from a 2003 news story from 60 Minutes on the Walbrook Debate Team in Baltimore.  The imagery and narratives used in that story are extremely problematic and advance a narrative of Black inferiority.

The representation of successful UDL students is of human-interest appeal. It contrasts with the dominant narrative that constructs inner-city children of color as deviant and intellectually inferior. Yet, the representation of success is extremely restrictive, requiring the embodiment and enactment of the “ghetto” at-risk youth narrative to produce the transformative discourse of exceptionalism read tokenism. The repetition of the dangerous urban youth of color character as the most used representation of [urban debate league] UDL students suggests an inability of news media to tell the success stories of inner-city students of color outside this frame.

The 60 Minutes piece is indicative of the assumed inferiority of Black debaters. What you see is a narrative of downtrodden students being given the gift of debate. The producers of the program do not attempt to answer the question “what substantive contribution do these students make the debate activity?” Instead it’s assumed that they can only gain from what debate teaches them as people in need of saving. This is the insidious nature of white supremacy. It assumes the inferiority of Black people (particularly youth) as a normal state of affairs. This assumed inferiority helps us to understand why it is difficult for the Jessica to understand the INTELLECTUAL innovations produced by these types of debaters.

As a former debater and current mentor to several Black debaters around the country, this trend of media coverage disappoints and frustrates me. The innovative argumentative styles being used by Black debaters around the country should be heralded as a more pedagogically efficacious paradigm to engage complex academic and social issues. We should not be seen purely as performers with no substantive scholarly perspective.

This as an attempt by the white left to undermine the academic integrity of the Black freedom tradition. Black debaters around the United States use debate as a method to hone their argumentative skills and train themselves for political action. We are not tropes to be trotted out and patted on the head for our prose and poetry. White people have no right to inject themselves into this discourse and narrate our history. The white left’s failure to adhere to the fidelity of our political struggle in collegiate debate is both disingenuous and underhanded.

Also here are some important corrections to Jessica’s article: