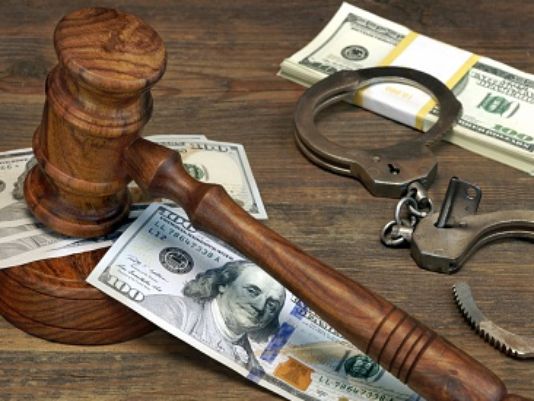 By Dayvon Love and Lawrence Grandpre

In the American judicial system, the accused is presumed innocent until proven guilty. However, as the recent opinion of the Maryland State Attorney General demonstrates, this is too often not what happens in practice. A third of Maryland’s jail population is incarcerated for their inability to pay bail.  Hundreds of individuals are currently incarcerated without convictions.

It is now conventional wisdom that the criminal justice system has been a major force in perpetuating the system of white supremacy.  The quality of life of Black people has been severely undermined by mass incarceration and the prison industrial complex.  We need to begin to engage in reform that produces the potential for substantive systemic change.  Rather than merely trying to eliminate cash bail, we need to look at this as an opportunity to reform pretrial operations in a way that directs our people away from the devastation of the criminal justice system.

Much of the conversation around bail reform has been centered on the idea that we need to react to the fact that there are people who are in jail simply because they do not have the money to pay for their freedom.  We believe that this presents an opportunity beyond just the response to the issue presented by cash bail.  And our legislative approach should and will be reflective of a more holistic approach to addressing this issue.

Traditionally on the bail issue, the debate in Maryland has been divided between two sides. Some tout the virtue of judicial bail discretion and are skeptical of computerized risk assessments (pejoratively characterized as allowing “R2D2”) to determine who gets a release back into the community. Others point to the data around judicial caprice, including recent studies that reveal Louisiana judges gave black defendants higher bail amounts after a Louisiana State University football loss, to show the necessity for computerized risk assessment tools to address potential bias.

The reality is we must go beyond both artificially narrow scopes for debate. The question should not be “will there be any discretion on bail?” but rather “who gets the discretion?”  The solution is not simply “there should be some form of risk assessment” but rather “what kind of risk assessment allows for equitable justice across racial and economic class?” On both points, it is crucial that community leaders and those most impacted by issues of bias pretrial incarceration are positioned at the center of conversations around bail. Furthermore, those affected by biased pretrial incarceration should be active leaders of the process of constructing potential bail reform legislation.

We need to lift up people in our community who work most directly with and are immersed in the communities directly impacted by the criminal justice system as the centerpiece of refashioning the pretrial system and designing a needs assessment tool that reflects the unique dynamics impacting communities. As a recent report by ProPublica has demonstrated, current risk assessment tools end up scoring black defendants higher than similarly situated whites. This continues the cycle of bias incarceration under the guise of so-called “objective” statistical analysis.  Furthermore, there is proof that we can do better.

Today, as in the past, we hear people say that cash bail is important because those accused need to have some “skin in the game”.  This argument ignores two points:
1.) Both judicial discretion and standard risk assessments would allow certain high-risk individuals, such as a white collar domestic violence perpetrator who can afford bail, to be released despite being statistically likely to re-offend. Using a refined risk and needs assessment tool that prioritizes the lived experience of individuals and the expertise of community-based practitioners, such as those working with domestic violence victims, and accounts for gender and racial bias is the only way to prevent these sorts of inequities.

2.) And most importantly, this idea of skin in the game glosses over the reality that this truly is not a game for the thousands of individuals who have essentially been criminalized for being poor. The growing literature on bail as a punitive measure shows that instead of putting skin in the game, our current judicial system risks using a tool that permits judges to take a proverbial “pound of flesh” from the accused. As such, Black and Brown communities and vulnerable women must be empowered to have meaningful control over the pretrial justice process.
Theoretically, bail is a mechanism purposed to ensure that a person appears for trial and is not a danger to the public.  Given the implicit bias of many judges in setting bail that many Black folks cannot afford; we should not rely on their judgment about whether a person is a flight risk and/or a danger to the public. A central part of the reforms that we will be advocating for in 2017 will be the development of risk/needs assessment tools and pretrial services that are led by community-based health, wellness, and rehabilitation practitioners.

Legislatively our goal is to get a bill passed that will eliminate cash bail and would institute a community-based risk assessment tool and pretrial configuration that would empower those impacted by biased pre-trial incarceration and community-based practitioners to lead the pretrial reform process.