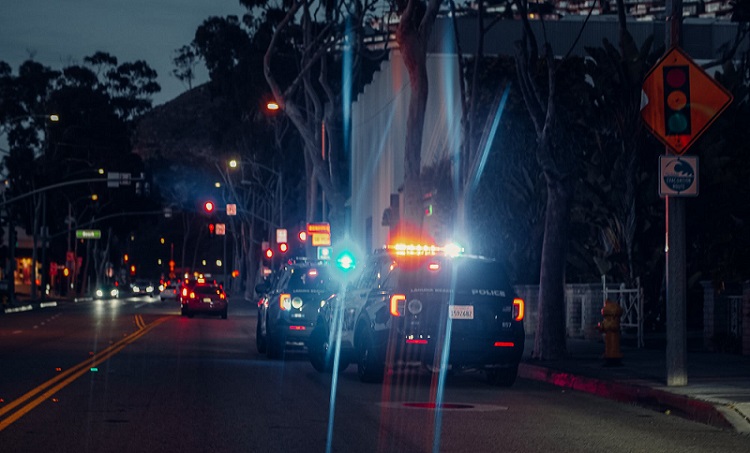 The writer is director of public policy for Leaders of a Beautiful Struggle in Baltimore.

Gov. Larry Hogan’s legislative thrust regarding public safety in Maryland is based on faulty premises. His approach is based on the idea that there needs to be enhanced sentences on existing criminal penalties to deter crime, and that judges need to give out tougher punishments to people who come before them.

There are a few major flaws in this narrative.

This narrative protects law enforcement from being scrutinized on the basis of its competence on actually apprehending and solving murders and other violent crimes. The most basic metric for assessing law enforcement’s competence is its clearance rate.

In Baltimore City, the Baltimore Police Department clearance rate has not exceeded 40% over the past three years. This means that BPD is only able to solve 40% of the murders that happen in Baltimore. If the BPD struggles with being able to solves murders, there is no legislative intervention that can be developed that circumvents this core issue.

Any legislation that is developed to address public safety should address this problem, instead of the ineffective policy of sentence enhancements. Gov. Hogan has never publicly addressed the issue of the incompetence of law enforcement and offered any policy remedies for that. This is an impediment to an actual solution.

If police can’t deliver good information that lends itself to a prosecutor’s ability to charge and convict someone for murder or other violent crime, the focus should be on addressing that challenge, instead of using sentence enhancements on other offenses as a work-around.

The National Institute of Justice released a document in 2016 that establishes that the likelihood of getting caught is a far higher deterrent of violent crime than the length of the sentence. Again, this speaks more to the importance of competent law enforcement than whether sentences are severe enough.

When tough-on-crime advocates mention repeat violent offenders, this is often presented as a problem with prosecutors and judges. A deeper look indicates that repeat violent offenders who are known to have committed violent acts are often charged with peripheral crimes because of the inability to convict them on murder charges or for other serious crimes.

This inability of law enforcement agencies to convict people who commit serious violent crimes is directly connected to their ability to get collaboration from the community. The lack of trust between the police and the community based on the incompetence and corruption of BPD makes it almost impossible to get the information needed to secure an effective prosecution.

There is no credible refutation of the rampant culture of incompetence and corruption in the BPD at this point given the information reflected in the 2016 Department of Justice report about the Baltimore City police department and the recent Steptoe report. Many people in law enforcement will tell you that the more information and cooperation they get from the community, the more effective they can be at addressing violence.

The approach that relies on peripheral offenses to get after those who are the drivers of violence in our neighborhoods makes people who are caught up with less serious offenses susceptible to more jail time. Sentence enhancements on charges like fist fights, or mere possession of a firearm (for protection), or drug-related charges puts people at risk for jail time that may be better suited for alternatives to incarceration. A person carrying a gun for protection because they live in a violent neighborhood is not the same as a person who is actively engaged in violent activity.

Treating these two people the same is not an effective anti-violence strategy and contributes to mass incarceration. This is the approach to law enforcement that undergirds Gov. Hogan’s perspective on public safety.

Additionally, the notion that judges need to give harsher sentences does not take into consideration that the judge should evaluate the case before them in its specific context and not act as a conduit of law enforcement. The attempt to blame judges for public safety has the effect of further insulating law enforcement officers from criticism on the basis of their incompetence and corruption.

The war on drugs taught a generation of law enforcement how to not do the job. This statement comes from a comment that was made to Lawrence Grandpre, director of research for Leaders of a Beautiful Struggle, by his late father, who was an undercover narcotics officer for 20 years.

Lawrence says his father told him that when the war on drugs took off, law enforcement ceased knowing how to address violence and only learned how to chase drugs. Even though law enforcement agencies acknowledge some need to change, they have not unlearned this approach to public safety.

There will be a major push this legislative session to legalize recreational cannabis. This effort includes legislation that will address the fact that the prohibition of cannabis has contributed to excessive interactions between people of color and law enforcement that have resulted in the dehumanization of Black and brown people.

There will be opponents of legalization of cannabis who will oppose it on the basis of a flawed approach to public safety. This flawed public safety approach, which resembles Gov. Hogan’s policies and rhetoric on crime, would characterize cannabis legalization as a policy that would dismantle important tools for law enforcement (less serious peripheral charges as work arounds) to address crime.

The effort to legalize recreational cannabis is also about making sure that Black people, particularly those who have been most impacted by the war on drugs, receive the economic benefits of the industry.

We should not allow Gov. Hogan and conservative Democrats to use their flawed approach to public safety to advance polices like sentence enhancements. They should not deter legislators from passing legislation that uses the legalization of recreational cannabis to provide reparative justice for Black communities that have been harmed by the war on drugs and to set up meaningful Black participation in the cannabis industry.