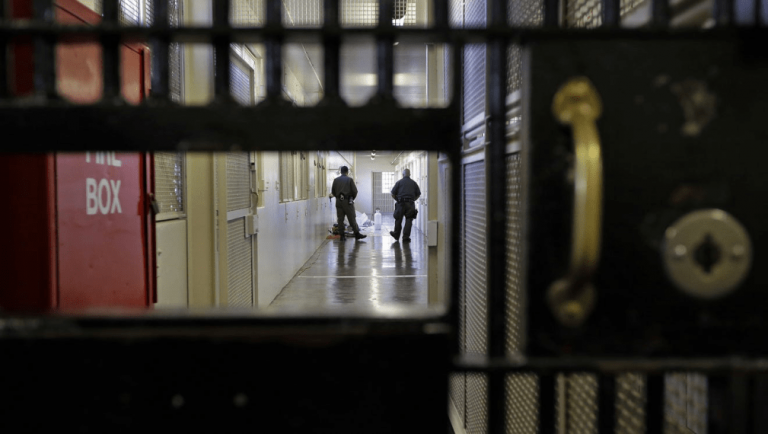 Too much of today’s criminal justice system is set up to make money, often at the expense of the poorest among us. The bail bonds industry — which rakes in about $2 billion in revenue each year according to a 2012 Justice Policy Institute report — is no different. And its connection to campaign finance makes it that much harder to reform.

The majority of people in jail in this country are there awaiting trial, not because they’ve been convicted of a crime. And most inmates who can’t pay bail are among the nation’s poorest. The median annual income for men ages 23 to 39 who can’t afford bail is about $15,500; for women it’s a bit more than $11,000. And it’s poor defendants who put more than a billion dollars annually into the bail bonds industry. Efforts to eliminate money bail across the country have been a struggle.

In New Jersey, for example, legislation was passed to implement risk assessments (tools that evaluate whether an accused offender is likely to flee before trial). Evaluations allow some inmates who would normally get stuck in jail because they can’t pay bail to be released. But the reform measure came at a cost, and several New Jersey counties complained about the reform’s high price tag. Kentucky was one of the earlier adopters of risk assessments, but judges could continue to set bail out of reach.

The bail bonds industry’s connection to campaigns is significant. Like Big Pharma and the insurance industry, the bail bonds industry has invested in campaigns all over the country, and has strong lobbying arms. From 2002 to 2011, it donated more than $3 million to campaigns, concentrating most of its money in 10 states, including California and Florida — two of the worst offenders.

Ultimately, the bail system (and by extension the campaign contributions and lobbyists who push to keep it in place) violates defendants’ constitutional rights and costs taxpayers money. There is a better way, and Maryland could be on the cusp of finding it.

The state Court of Appeals recently took up the issue, and ultimately voted to change the system, instructing judges to push for all other non-financial conditions for release first before considering bail.

Maryland Attorney General Brian Frosh has stated that “you can’t imprison someone for poverty.” And he’s also written that “state law and constitutional principles demand that, in cases where it is not necessary to detain a defendant to ensure appearance at trial or to protect public safety, conditions of release from pretrial detention should be the least onerous necessary.”

And this month the state’s House Judiciary Committee held a hearing on the Maryland Pretrial Justice Reform Act of 2017, a bill that would require the state to essentially do what the appeals court ruled: Exhaust non-financial conditions for release before cash bail is considered.

But the pretrial reform act sits in contrast to a bill that states bail should be set based on what the accused can pay. That bill has been supported by the bail bonds industry.

Some say it might be better if neither bill makes it to the Maryland Legislature for a vote. Even the bill that is supported by reform advocates runs the risk of being altered by the powerful bail bonds lobby.

Chair of the House Judiciary Committee, Del. Joseph Vallario, has received plenty of money from the bail bonds industry, and co-sponsored the bill that has been supported by it. Sens. Bobby Zirkin and Michael Hough also received a substantial chunk of campaign money from the industry. In fact since 2011, the lobby has donated more than $280,000 to campaigns in Maryland.

The state should take a proactive stance and strengthen the Court of Appeals decision by passing legislation that will advocate for jurisdictions to develop risk assessment tools that are co-designed and administered by community workers. The bill should also direct court commissioners to exhaust non-financial conditions for release before cash bail is considered.

Real reform of the pretrial process in Maryland, and the rest of the nation, is long overdue.