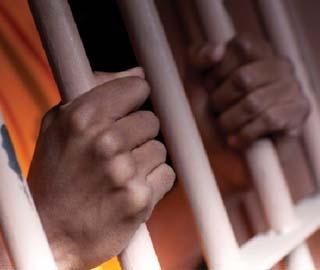 We have been working diligently on bail reform in MD. Before we launch into the general update about where we are in Annapolis we want to remind you of what is at stake and why bail reform is necessary for Maryland.

There is a fundamental contradiction in the criminal justice system: The accused are innocent until proven guilty, yet mere accusations can force them to pay cash bail in order to obtain freedom. Given the large percentage of cases which are dismissed for lack of evidence, this means folk who have committed no crime are forced to stay in jail before trial just because they can’t afford bail.

Bail is not a punishment.  Its goal is to ensure that accused persons show up for trial.  Numerous studies show judges consistently give Black defendants higher bails and even deny them bail altogether by deeming them too dangerous to be released.

While these measures are allegedly in place in the interest of public safety, there is no evidence that the current bail system increases the safety of a community. In fact, by keeping low-level offenders in jail, the system cuts them off from employment and their family, making them potentially more likely to commit crimes when they are released.

Using risk assessment tools, such as questionnaires designed to use relevant details about the accused to create a more “objective” view of whether someone accused of a crime should get bail, may help. But these risk assessments have often been designed without culture and community in mind, and thus, may risk replicating the bias they are attempting to address.

The legislation we are advocating for is HB 1390/SB 880.  The Maryland Pretrial Justice Reform Act of 2017 is designed to go beyond the question of “risk assessment or judicial discretion” and center community in the conversation on pretrial justice issues.

This bill requires the exhaustion of all non-financial conditions for release before cash bail is even considered. Examples of these conditions are: checking in with a pre-trial justice center while on release, adhering to a drug treatment or mediation program, or electronic surveillance. Our idea is that the non-financial conditions for release are so expansive that it renders the cash bail system obsolete. We will also be advocating for an amendment to the bill that requires community participation in the development and administration of a risk assessment tool.

The fight for bail reform in Maryland has reached a critical stage. There is serious opposition from the bail bonds industry, who see the bill as a threat to their business.  They have hired an elite lobbying firm and targeted the chairs of relevant committees with bribes of lavish campaign donations.  Additionally, they have written competing legislation designed to crowd out the more substantive reforms.

If you know anyone who lives in this district, you can encourage them to call his office at 410-841-3131 or email him at bobby.zirkin@senate.state.md.us.

Here’s a script to assist with emails / phone calls to your legislators:

My name is __________ and I am a constituent of the ___ district. I am calling to support Leaders of a Beautiful Struggle and Out for Justice efforts on bail reform. I urge _______________ to support HB 1390/SB 880. I believe that there are alternatives to cash bail and better ways to ensure public safety and ensure that people show up to court than. Too many poor people are losing valuable income just because of an interaction with the pretrial system. People who have not been convicted of a crime and who are not a danger to the public should not have to choose between feeding their children or sitting in jail.

SHOW YOUR SUPPORT IN ANNAPOLIS

We need people to attend the hearings on the bail reform bills.