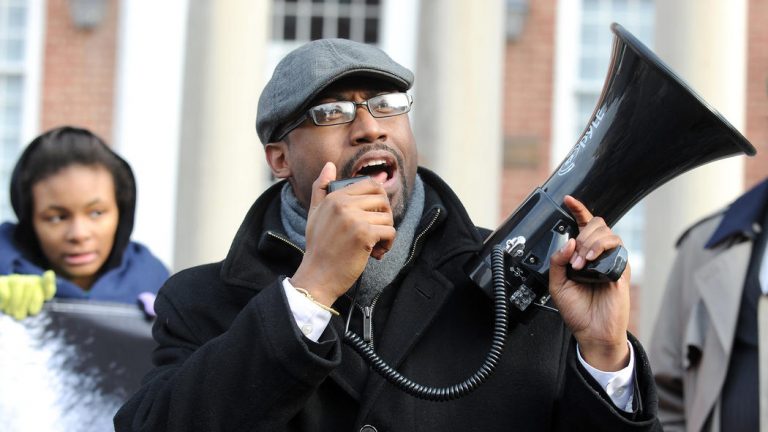 CALL TO ACTION: Come with us to Annapolis to support REAL police reform!

When the Uprising occurred in April, the leadership in Annapolis convened a workgroup in order to address law enforcement reform in Maryland.  Our fear from the beginning of the creation of this workgroup was that the legislation that would be produced would appear to be a sweeping change without actually shifting the power into the hands of the community.

Unfortunately, this is what has come to pass as the leadership bill, HB 1016, includes minor changes to the Law Enforcement Officer Bill of Rights (LEOBR), police training and other small concessions without addressing the fundamental question of civilian participation in the disciplinary and administrative aspects of law enforcement.  Our best guarantee against police brutality is shared power amongst community members and police to administer law enforcement.

If the leadership bill becomes law, this will serve as a convenient way to appear to have addressed law enforcement reform without actually having to give the community power to be a part of law enforcement.  This will push us further away from meaningful police reform because the passage of a weak bill will allow the leadership in Annapolis to use the symbolic victory of passing a bill to quell any meaningful attempt to push forward substantive reform.  Maryland elected officials would have essentially co-opted the mass demonstrations relating to police reform and parlayed it into a symbolic victory for political leadership without actually having to empower the community.

As a result of this we will be OPPOSING HB 1016 and SUPPORTING HB 760 which is Delegate Jill Carter’s bill which includes civilian participation in discipline and the administering law enforcement.

We need YOU to be present in Annapolis on February 23rd at 1pm for our bill hearing to SUPPORT HB 760!

Buses will be departing from TWO locations in Baltimore:


Click here to save your seat on the bus!

The hearing will take place in the
House Judiciary Committee room.

We will prepare you in advance to ensure that you can lobby legislators and put more pressure on them to pass meaningful police reform!