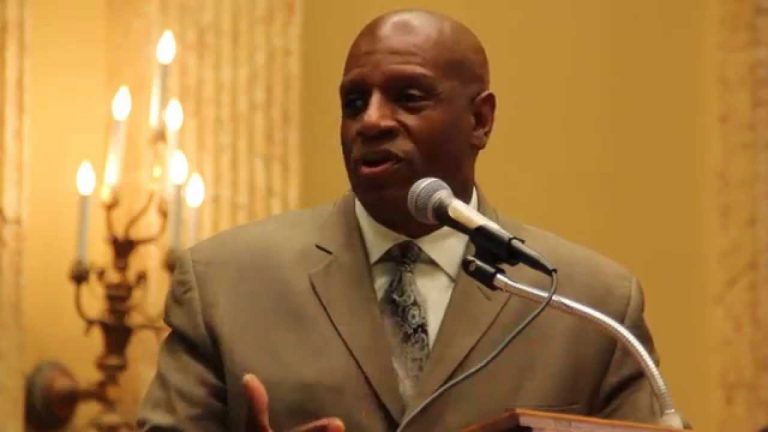 This week, Baltimore faces a choice as to which group will serve as the monitor to its federal policing consent decree.

This piece argues that the only chance the community has to has for this process be a step toward addressing policing as a source of racialized violence is for The Powers Consulting Group, led by Dr. Tyrone Powers, to be awarded the position of monitor.

The monitor will be announced next week. We’re asking those interested to:

In theory, the consent decree is supposed to be a catalyst for a myriad of reforms.  However, we have an Attorney General hostile to the very concept of federal involvement in policing, which leaves a rational fear that this agreement will become a paper tiger, used as an excuse to pump more money into the police department to undergo superficial reforms.

This concern is real.  Especially considering that Baltimore has agreed to pay $1.5 million per year to what is known as a monitor, a group of people (usually lawyers, statisticians, academics and community liaisons) hired to measure the progress the city is making toward achieving the consent decree mandated reforms.  It is possible for the consent decree to be a tool for positive change, but only if this monitor (which is to be selected by the city, the BPD, and a judge assigned to the consent decree over the next few weeks) reflects a deep knowledge of white supremacy and how it impacts multiple structures of power, include policing, government, and the nonprofit sector. Unfortunately, many of the applicants for monitor lack a fundamental understanding of structural racism and may potentially replicate the power structures they claim to be committed to deconstructing.

With the expansion of federal consent decrees under President Obama, monitoring police has become an industry.  There are individuals and law firms seeking not just financial, but also social and political capital as a result of these new roles. Over 20 U.S. cities are currently under DOJ consent decrees, spending tens of millions of dollars on consent decree monitoring fees. These fees are dispensed yearly to the monitoring team and until the city is found to be in compliance with the consent decree.

This creates a fundamental conflict of interest, as it is the monitor who presents reports on the progress to the court on whether the consent decree should be continued. This creates a financial incentive to continue consent decrees in order to continue billing the city. Additionally, the lawyer, academic, and statistician heavy monitoring teams have often been accused of discounting community input and creating a technocratic model of police reform rather than radically challenging police pattern and procedure as the community desires.

Money is not the only issue with monitors. These positions come with substantial political and social clout. Mayors often deeply want to get out from under the cost and reputational stain of a federal consent decree, giving the monitor a powerful political bargaining chip. It also allows the law firm to appear to be in service to the community, even as the majority of its business usually does not come from even superficial “social justice” related activity. Being the monitor gives them nearly unfettered access to political power brokers and philanthropic donors interested in police reform. Independent of the millions of dollars monitors will receive, it is a coveted position.

With great power comes great responsibility.  Now that the field of monitoring applicants in Baltimore has narrowed from over 20 to now 6 potential monitors, it is imperative that the community examine these dynamics to see if those who receive this power will wield it responsibly.

The team known as Exiger is actually a combination of the government consulting group Exiger and the policing specific group 21st Century policing. Neither of which is from Baltimore nor prioritize minority leadership within its team.  Both have made a commitment to the police monitoring industry. The proposed head monitor, Jeff Schlanger, oversaw a consent decree in Los Angeles which took 7 years and over tens of millions of dollars to complete. This raises some concern over the incentive monitors have to continue to charge the city year after year.

Conversations with members of the 21st Century Policing team have left some with an impression of a deliberate “multicultural buzzword bingo”. The organization reflects the typical white liberal framework of “implicit bias”, “best practices” and “data-driven policing”.  The sort of antiseptic practices which often serve to eschew local knowledge and fails to see the depth and complexity of racism/white supremacy.  Moreover, 21st Century policing boasted about their community ties in Cincinnati (where there is a consent decree with the University of Cincinnati Police).  In contrast, actual activists on the ground in Cincinatti found such a characterization as generous, at best.

Most troubling, however, is the fact that 21st Century Policing selected a community liaison before actually engaging the Baltimore community. This reflects a callousness to a need to engage the community to see who it would hold up as a proper liaison.  The person they selected is an employee of Living Classrooms, the same non-profit what was recently protested for shutting down and taking over the building of a Black owned community daycare.  It should be self-evident that you have a serious problem when the person you pick to “reach out to community” on policing reform works for an organization with little to no history of work on policing, and which the community you intend to reach out to is protesting.

This shows a woeful lack of understanding around the nonprofit industrial complex, where community folk are displaced by unaccountable nonprofits not run by folks who both reflect and have shown a deep contextual engagement with locals; a reality which does not seem to bode well for a prospective consent decree monitor.

What’s in a Name- “CNA Police Consulting” vs. “The Center of Naval Analysis”

Similarly, the application marked as simply coming from “CNA consulting” seems like a step forward, with a Black head monitor, Rodney Monroe,  and a team which includes many locals with community and policy experience. Not mentioned, however, is that the proposed head monitor is a former police chief whose most recent job was coordinating security for the Coca-Cola corporation. One would be remiss to not question the social justice bona fides of a chief monitor with such an extensive recent corporate consulting history.

A closer look at the name of the institution – “Center of Naval Analysis” – reveals more issues with the organization. While the organization almost ubiquitously calls itself “CNA Consulting” on its application, CNA actually is an acronym for Center of Naval Analysis, a think tank whose focus centers on military policy. Their website posts of their expertise in Wargaming, Military Readiness, and Defense Technology. It barely mentions policing.

It is perfectly rational for the community to be extremely skeptical of an organization seeking to lead Baltimore’s police reform efforts whose bread and butter is assisting military strategy.  While CNA would no doubt say that it’s policing branch is an entirely separate wing of the organization, there are issues with its approach to policing analysis which reflect some of the same concerns shown in its pro-military analysis.

At CNA’s recent conference on policing, CNA Chief Managing Director for policing James Coldren stated: “Too often, the research is looking for impacts and outcomes on crime, criminals, and communities, without identifying officer safety.”  He went on to state that body camera research should be expanded to not only evaluate whether it deters police brutality but also to determine whether they create a “civilizing effect” on community members, who in theory would be deterred from attacking police by the cameras.

The idea that folks in the community need to “civilized” by body cameras is incredibly offensive and shows a real possible linkage between the militaristic work of CNA on the foreign policy side to its policing team.  This is a frightening thought in a city where many feel the police already see citizens as “enemy combatants”.

On Venable – The Illusion of Inclusion

Of the four finalists, the Venable group seems on face pretty safe, as its chief monitor is both local to Baltimore and African American, attorney Ken Thompson. This, however, masks limitations inherent to the team. Despite the organization’s marketing of Thompson as having extensive experience in policing, Venable’s actual press release that announced the hiring of Ken Thompson mentions nothing about his work with police. It does, however, mention his extensive experience defending tobacco and petrochemical companies and his connections to the Stephanie Rawlings-Blake administration.

This is not an indictment of Mr.Thompson’s character but rather a recognition of his experiential limitations.  It is fundamentally disrespectful to the citizens of Baltimore to expect them to accept someone with limited true experience with policing to be the lead on a $1.5 million police monitoring project. It is also reasonable to expect community members to be skeptical of someone with such extensive corporate law experience.  Experience with the Baltimore community and a history of police reform work would be the ideal minimum requirements to lead a police monitoring project.

While the team claims to back up Mr. Thompson with policing subject matter experts, a deeper examination of these “experts” reveal the limitations of their so called expertise. Venable’s expert on community policing conceded in an interview that “community policing” is often times reduced to predictive policing. Predictive policing claims to use data to show where future crimes will happen.  But in reality, it is simply an excuse to target black and brown neighborhoods with the same sort of bias and aggressive police tactics which led to the Baltimore uprising.

Similarly, the person on their team with previous experience with consent decrees is currently working on the consent decree in New Orleans, which despite some success still has been accused of lacking in progress. Additionally, over 60% of police academy applicants with drug or domestic violence histories are being accepted into its police force.

Given the finding of the DOJ’s Baltimore report around the treatment of sexual assault victims and harassment perpetrated by the cops, having a monitoring team which has a history of slacking on issues around gender violence should be of grave concern for a city seeking to fundamentally change its policing culture.

No monitoring team is perfect. Every team could use more experts in one area or another. The nexus question in picking a monitor should be whether there is leadership at the top of team which:

On these counts, the Powers Consulting group distinguishes itself.  Unlike Exiger and CNA, it is a local firm.  Unlike Venable, the proposed head monitor has a history of social justice work in the community and has engaged issues of policing as a primary career focus.  Not only is Dr. Powers a college professor who teaches on issues of criminal justice, he is a former FBI agent who left the agency and has since spoken out against discriminatory law enforcement practices. Additionally, he has supported community efforts, such as co-authoring The People’s Plan, a 10 point policy agenda to reduce crime in Baltimore.

Despite an impressive resume, Dr. Powers and his team have been consistently overlooked in news coverage around the consent decree.  This is a fact we chalk up to a general inability to recognize Black capacity and expertise unless it is validated by a white institution. That a Black Baltimore native would have the expertise to run a $1.5 million dollar data collection and police monitoring operation effectively is counter to what many of us are socialized to believe about Black people and Black institutions.

Not only do we believe that the Powers Consulting Group is capable of this task, we know that given the remaining applicants they are the only sensible pick to move Baltimore forward.