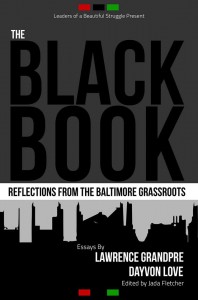 Peniel E. Joseph begins the narrative of his definitive 2014 biography of Stokely Carmichael on a humid Mississippi night. He describes the 24-year-old Carmichael speaking to a crowd in the open air on a warm, late-spring evening after his most recent arrest while organizing for change in 1966 America. “This is the twenty-seventh time I have been arrested,’” Joseph quotes him shouting. “With words that echoed through the night, Carmichael urged the crowd to take control of their destiny . . . ‘We want black power!’ [Carmichael] shouted. A thunderous reply of ‘Black Power!’ emanated from the crowd, sparking a call-and-response chant that gave the event the feel of an outdoor religious revival.”

Joseph masterfully sets up this moment to then spend the rest of the biography rewriting the caricatured and one-dimensional understanding of Carmichael as a fist-pumping black power advocate. In Joseph’s nuanced portrait, we see Carmichael’s friendship with Martin Luther King Jr., his work as an activist and theorist organizing in the fields of the unreconstructed south and the liberal-racist streets of the north, and his visionary attempt, as Kwame Ture, to write a narrative of the racial injustice in America as a world-historical problem that we have yet to acknowledge, much less solve.

“The Black Book: Reflections from the Baltimore Grassroots,” a new book of essays by Lawrence Grandpre and Dayvon Love, both leaders of Baltimore activist group Leaders of a Beatiful Struggle, may be misunderstood or over-simplified, as Carmichael was, partly because of their arguments’ complexity, and partly because of their willingness to call people and institutions out by name for their inadequacy in acknowledging, much less solving, the permanence of racism in Baltimore.

In the introduction Love lays out the terms of the debate: “We offer a perspective that is often shut out by mainstream political discussions and by academia, because it questions the very structures that have become essential building blocks for civil society.” And he lets the reader know that to be read properly the essays require a specific “race literacy,” which the authors feel is woefully absent in America. “Our position,” Love observes, “is that the literacy on issues of race in America is so low that it keeps otherwise smart people from having substantive conversations.”

This, of course, is a hugely ambitious task—and for the unsympathetic or unconvinced such ambition will seem, perhaps, mere arrogance. Such a dismissal would be a shame, because “The Black Book” deserves to be widely read in Baltimore.

The book is divided into two sections. The first group of essays attempts to construct the theoretical and discursive architecture (that prerequisite “racial literacy”) that is necessary for any conversation about race in Baltimore—conversations that some readers will find counterintuitive. For example, in the demanding essay, ‘The Negrophobia/Negrophilia Paradox and Liberal (Academic) White Supremacy,’ Grandpre combines a devastating and personal critique of the Towson University debate team with a densely argued takedown of Western liberalism in general. He points out the ways in which the ostensible humanism of the academy is shot through with white supremacy, so that even the explicit language of anti-racism and multiculturalism of the American university is complicit in reproducing anti-blackness and racism. Grandpre argues “that this [white academic Eurocentrism and white anti-blackness] is just one example of a liberal white supremacy that is just as or even more dangerous than the overt system of racism that is universally denounced in society today.”

Similarly, in Love’s essay ‘The Non-Profit Industrial Complex in Baltimore,’ the goal is to blow up the sense that the many do-gooder, advocacy institutions in Baltimore are doing anything meaningful to counter the structural oppression of black people in the city. He writes:

The non-profit industrial complex is a phenomenon that is at least as dangerous to the livelihood of Black people as the prison industrial complex. It has been an impediment to the development of indigenous, community-based Black Leadership on important issues. This has allowed white people to use our bodies and ideas to prop up and support white institutional power. Here in Baltimore, the non-profit industry and foundations drive much of the dialogue and political advocacy around issues that face Black people.

Love, it should be pointed out, does not offer the equivalence of the prison with the non-profit for rhetorical effect or irony. Rather, as James Baldwin observed, a liberal is “someone who thinks he knows more about your experience than you do,” Love suggests that advocacy organizations in Baltimore are simply pedaling another form of “corrections,” equally destructive of individual and collective Black experience. Love argues that the Baltimore Community Foundation, the Open Society Institute, the Abell Foundation, the Family League of Baltimore, and the Safe and Sound Campaign, among others, are fundamentally premised on a plantation paternalism to “save” and “fix” black Baltimoreans and all have a possessive investment not in racial justice, but rather the status quo which allows them to go on saving and fixing and getting paid. Whether or not these nonprofits are actually as dangerous as the prison industrial complex, Love’s case is compelling.

The shorter, second part of the book provides a narrative evaluation of some specific instances of political organizing and activism Love and Grandpre have been involved with and how their theoretical and political architecture works in concrete, flesh-and-blood attempts at making social change. In particular, they look at the fight over the state of Maryland’s attempt to build a new jail in East Baltimore for youths charged with adult crimes and at the Maryland General Assembly’s passage of Christopher’s Law in 2014. Christopher’s Law, as reported by the Afro-American, “requires police officers to be trained in CPR, cultural sensitivity, the proper use of force, and interacting with the physically and mentally disabled” and came in response to the 2012 “choke hold” killing of Christopher Brown by Baltimore County police.

As participant-observation field notes on the complexity of organizing and activism in the present age, these chapters are worth the price of the book on their own. The pragmatically optimistic tone is also striking (perhaps because both of these particular campaigns were successful). Though Love and Grandpre call for the creation of separate, independent black institutional spaces in Baltimore and America, parse the profound difficulty of thinking outside of the anti-blackness fundamental to a country conceived in liberty and dedicated to the unredeemable violence of chattel slavery, and position themselves within the intellectual tradition of “afro-pessimism,” this is a vigorously hopeful book. Love and Grandpre walk their talk. Throughout they write with a youthful, intellectual passion about race and justice in a voice that is absent in American public life in general and in Baltimore in particular.

In “The Crisis of the Negro Intellectual,’’ the seminal 1967 classic with a few uncanny parallels to “The Black Book,” Harold Cruse wrote, ‘’The special function of the Negro intellectual is a cultural one. He should take to the rostrum and assail the stultifying blight of the commercially depraved white middle class who has poisoned the structural roots of the American ethos and transformed the American people into a nation of intellectual dolts.’’ In the present moment of newly emergent mass protests for racial justice, when the signifiers #blacklivesmatter and “I Can’t Breathe” call us back to the truth of the American dilemma, Love and Grandpre have taken to the rostrum. Even those who disagree with them will benefit from encountering these ideas.