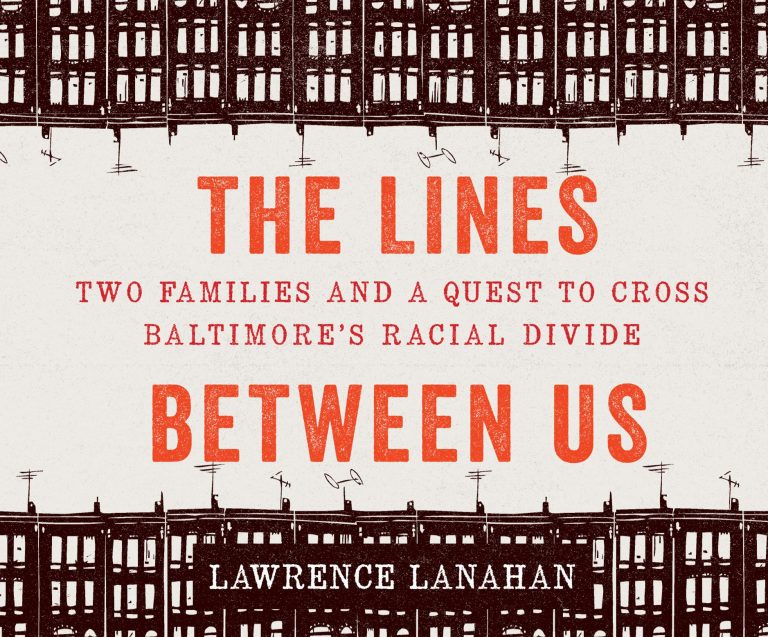 This program is in conjunction with Undesign the Redline, exhibited at Central Library November 1, 2019-January 31, 2020.

Lawrence Lanahan is the author of The Lines Between Us: Two Families and a Quest to Cross Baltimore’s Racial Divide. In his deeply reported, revelatory story, Lanahan chronicles how the Baltimore region became so highly segregated and why its fault lines persist today.

Writing from the Fair Housing Act to the death of Freddie Gray and beyond, Lanahan describes epic efforts to desegregate the Baltimore region and deconcentrate poverty in West Baltimore. As Baltimoreans “cross the lines” in the book, one theme emerges repeatedly: the struggle for self-determination. During the attempted revitalization of 1990s Sandtown, for example, and during the protests following Freddie Gray’s death, neighborhood leaders in West Baltimore worked the lines trying to ensure that their communities remained in control of their own destiny.

Lawrence Lanahan will speak with three Baltimoreans whose lives and work have drawn them to this struggle.

Sandtown resident Antoine Bennett is the founder of Men of Valuable Action, a leadership development program in West Baltimore. From 2007 to 2012, he was the co-director of New Song Urban Ministries, which worked closely with followers of the Christian Community Development movement who moved into West Baltimore to live in solidarity with the poor.

Dayvon Love is the director of public policy for Leaders of a Beautiful Struggle, where he has worked for nearly a decade years to advance the public policy interests of Black people. As interest in West Baltimore intensified after the death of Freddie Gray, Love and other community leaders created Baltimore United for Change, a hub to connect people to grassroots activists with long histories in Baltimore communities. Love is the author of Worse Than Trump: The American Plantation and co-author with Lawrence Grandpre of The Black Book: Reflections from the Baltimore Grassroots.

Audrey McFarlane is the Dean Julius Isaacson Professor of Law and associate dean of faculty research and development at the University of Baltimore School of Law. McFarlane studies the intersection of economic development with race, place, and class. Her latest article, “The Properties of Integration: Mixed Income Housing as Discrimination Management” (UCLA Law Review), looks at the impact of discriminatory preferences on the development of affordable housing.