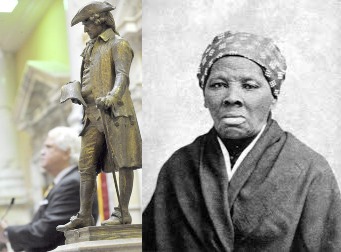 The reality of racism/white supremacy in Maryland does not easily fall into established narratives on American race relations. After all, how can a state seen throughout the nation as a bastion of liberalism allow conditions in Baltimore to become as so dire that 15 neighborhoods in the city have a lower life expectancy than North Korea?

Maryland, like the rest of the country, is caught part of the system of American White Supremacy. While this is not about individual bias, sometimes it is useful to use the story of individual people to elucidate these structural dynamics.

The most influential person you’ve (probably) never heard of in the state of Maryland is state Senate president Mike Miller. He’s one of the longest tenured state Senate presidents in the country, serving for almost 30 years, and is so deeply entrenched as the leader of the Maryland democratic contingent in the state capital in Annapolis that the senate building is, in fact, named after him.

To understand the functioning and context of Maryland’s failure to advance social justice, it’s important to understand the issues around the Maryland’s additions to the National Statuary Hall Collection. Every state gets to submit two statues to represent themselves in D.C.’s Capital Building, and for years one of the statues from Maryland was John Hanson, one of the leaders of the Continental Congress and considered by some to be the first “real” president of the United States.

While the historical debate over Hanson as a “real” president is murky, the historical record is unambiguous that he was a slave owner, one who while holding the office of President of the Continental Congress put out an ad in the Maryland Gazette announcing a 30$ bounty for the return of Ned Barnes, a man Hanson claimed as his personal property. That this high office, one held in such esteem by contemporary history aficionados like Miller, was compatible such a callous act of wanton disregard for human rights, shows the darker side of Maryland’s history, one which viewed the rights and concerns of people of African descent as irrelevant, and their labor merely a tool for the development of white civil society.

Thus, that the most powerful Democrat in Maryland would, just a few years ago, vehemently oppose replacing a statue of John Hanson with one of Harriet Tubman is an example of Maryland’s institutional, liberal white supremacy. Miller, too slick to outright reject the concerns of the Tubman supporters, would claim that she should be recognized as a “hero”, but simply not at the expense of replacing John Hanson, saying “you don’t replace history, you add to it”. This shows the nature of liberal white supremacy, using the emotional language in claiming to care about the concerns of Black people as a tool to diffuse any loss of power, prestige or resources for the dominate group. In this case, Miller is seeking to rescue the memory of a grand old American colonial past in the fight against the British, ignoring the subtext of this history being the abject human misery of slavery.

While Miller would eventually lose this fight, the question remains, how can you call yourself a progressive and represent the largely Black county in a “liberal” state and not understand how problematic it is to promote the recognition of a slave owner over a woman who risked her life to free slaves? The answer, unfortunately, is that titles of “progressive”, “liberal”, and “Democrat” mean next to nothing in Maryland. Miller is a prime example of the politician manufacturing a commitment to social justice as a cover for advancing policies which directly hurt the life outcomes of Black people.

Miller’s silent strangulation of policing reform this past session cannot be seen outside of the context of his affirmation of Hanson. In both instances, the life and death struggles of Black people are invisible to Miller, who views their issues in an abstract ideological framework. Slavery and the historical oppression of Black people is just another issue in this calculus, to be weighed against Hanson’s fight against the British, an attitude so dismissive of the historical suffering of Blacks that it must beg the question as to whether his ability to correctly adjudicate contemporary policies affecting Black people is also impacted by this flawed understanding of Maryland/American history.

Unlike the man he supported over Harriet Tubman, Miller will never take out a bounty on the head of a Black man, but that misses the point. The question is, if Miller, or any other so called “progressive”, promotes policies (like the Law Enforcement Officers Bill of Rights) which destroy the quality of life for Black people, how exactly is his role in the system of institutional racism much different than that of John Hanson, an politician who proclaimed liberty for some, and promoted capture and callus control for others? Whether the so called “progressives” of Maryland will allow Miller to promote such disregard remains to be seen.