The Power of Debate

The organizational focus on public policy stems from the unique experience many of its founders had with the rigorous academic activity of policy debate. The founders of LBS ignited their passion for debate as high school students of the local urban debate league; however, it was their collegiate debate experience at Towson University that catapulted them into the world of activism and advocacy. In a community which has traditionally favored a dispassionate C-SPAN style of debate, LBS founders proliferated a style that was rooted in the cultural and intellectual resources of people of African descent. 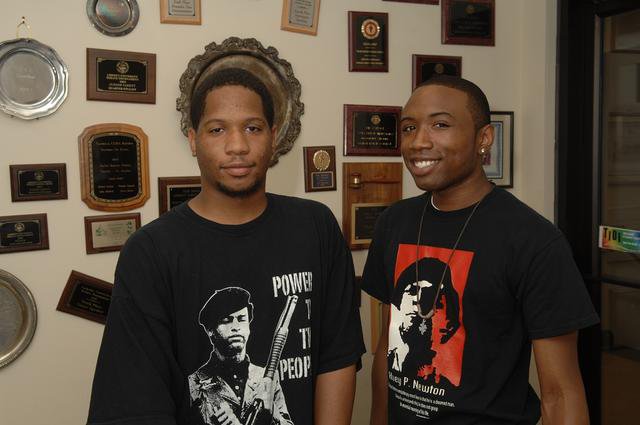 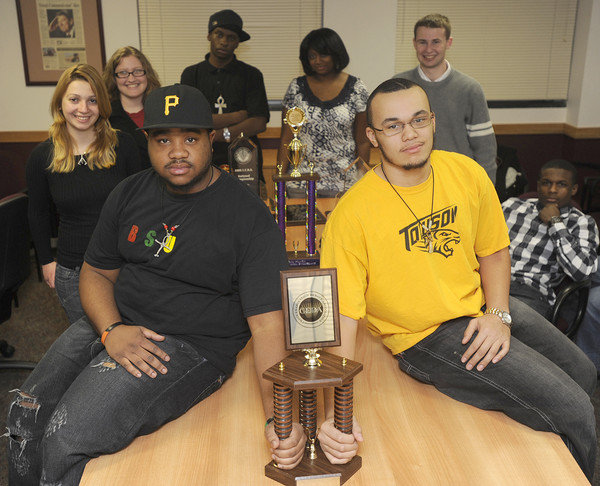 Antecedents to the style of debate LBS founders practiced were the Black students of the University of Louisville’s debate program, directed by Ede Warner and Daryl Burch. Their unique policy debate arguments challenged the norms and procedures of collegiate debate, which was usually mired in structural racism. The success of Louisville debaters, Elizabeth Jones and Tonia Greene – a quarterfinalist in two prominent national debate competitions, set a path for challenging white supremacy by utilizing the pedagogical practices and research methodologies that policy debate required.

Deven Cooper and Dayvon Love, both from Baltimore City, transformed the college debate community as Towson University students when in 2008 they won the CEDA National Debate Championship. This was the first time a team of Black college debaters had accomplished such as feat in the history of policy debate. As Towson University student debaters, LBS founders consistently defeated teams from powerhouse debate schools such as Dartmouth, Harvard, and Northwestern University. Their unique racial justice lens and analysis of issues ranging from Supreme Court Statutory Law to Federal Agricultural Policy has led to successful experiences both as debaters and coaches.

From College to Community

While matriculating through college, the founders of LBS collectively decided to create an organization that would export their policy debate and student organizing experience to the Baltimore community. Leaders of a Beautiful Struggle was formulated and legally constituted as a Limited Liability Corporation in August of 2010.

The decision to establish LBS as an LLC was a tough strategic question addressed via several internal, critical analysis sessions. While establishing the organization as a non-profit organization would have more easily allowed for short-term financial contributions from foundations, the founders recognized that it also would have hindered an ability to exercise the economic, political, and social freedom that is now experienced. It was of utmost importance to establish a politically independent organization from inception. This decision has necessitated a significant level of sacrifice, both as individuals and collectively as an organization. Nevertheless, the founders remained steadfast in their commitment to establish an organization that could make a profound impact in the Baltimore community. 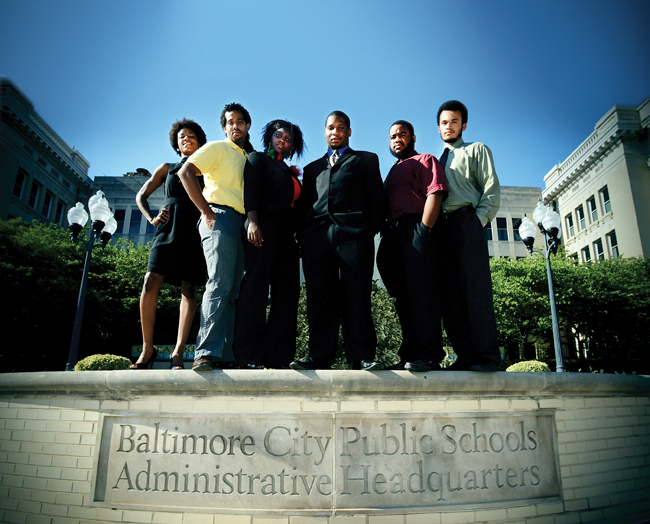 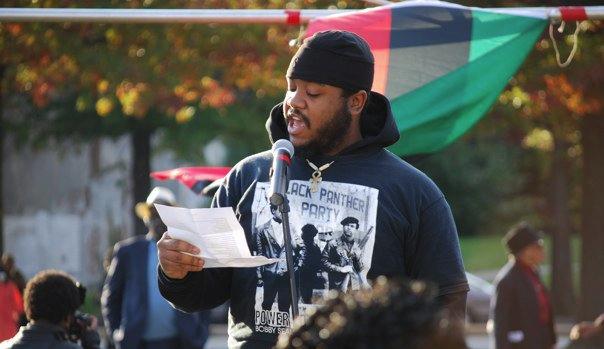 Simultaneously, Governor Martin O’Malley was attempting to construct a multi-million dollar prison for youth charged as adults. LBS’ early grassroots organizing work centered on mobilizing Black youth in Baltimore City to help stop the planned construction of a youth jail. This climate culminated in a large series of protests called Youth Justice Sunday. It was a multi-organizational, Black grassroots effort aimed to voice opposition to the jail. This led to a statewide conversation, amongst local and state officials, about youth incarceration. We were successful in our efforts to lead the halting of the construction of the youth jail. Since then, LBS has forayed in electoral politics, challenged the equitable practices of the non-profit sector, levied public criticism of state agencies and elected officials, and participated in several coalitions aimed at Black self-determination and community empowerment efforts.

Building from the Grassroots

LBS is building a distinguished track record as advocates for transformative changes to public policy, both at the local and state level. Our contribution has been instrumental to the success of the several advocacy efforts we have joned. We pride ourselves on our thriving community partnerships. We remain committed to using policy debate skills as an intellectual training tool for youth and young adults. We have developed a fertile and growing base of community supporters, volunteers, donors, and sustainers who support our mission.

As we grow, we will stay to true to our founding mission of improving the conditions of Black people in Baltimore through public policy advocacy. It is essential that our work remains grounded in Black communities and that our goals alter the structural dynamics that impede the quality of life of Black people. Our fidelity to Black liberation struggle is the core, driving force of our work in Baltimore. 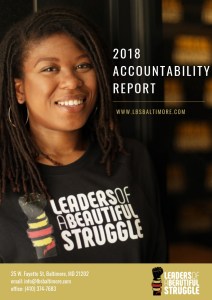 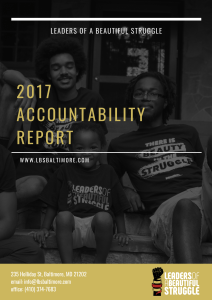 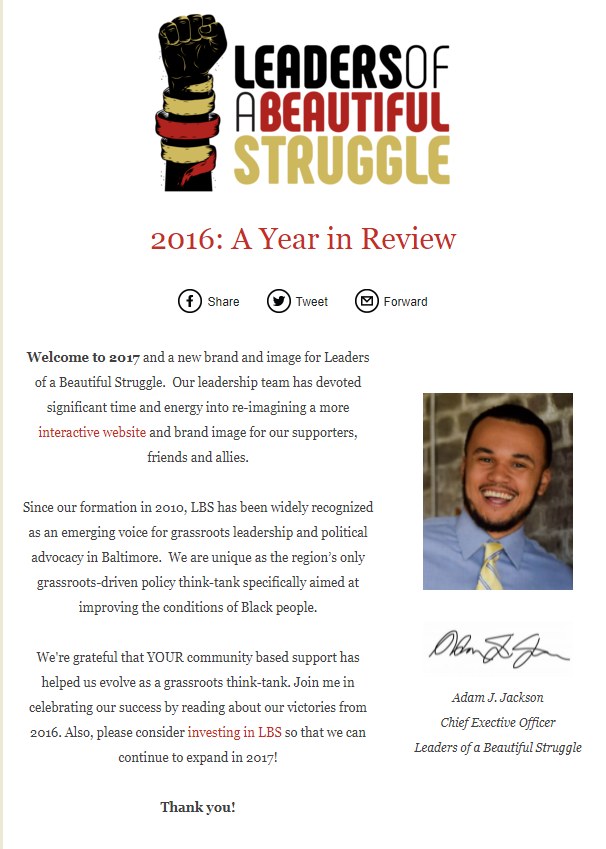 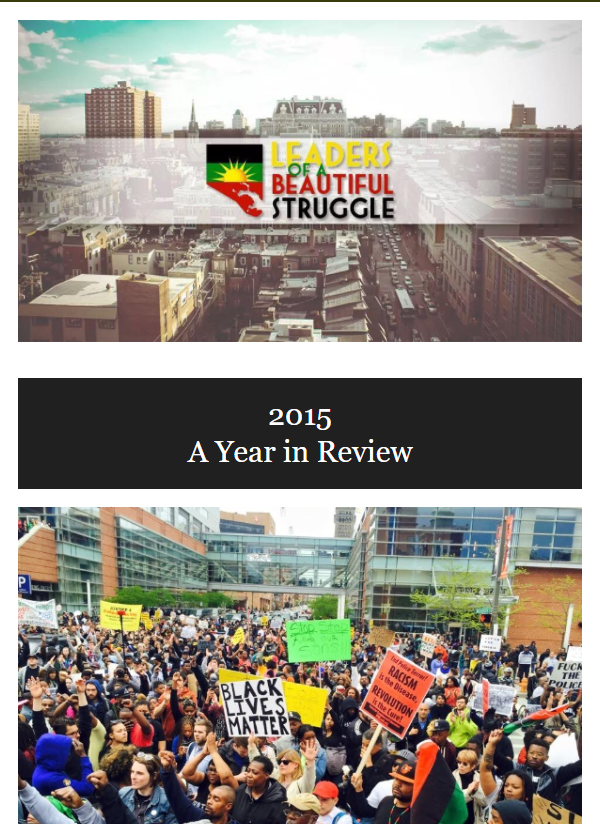 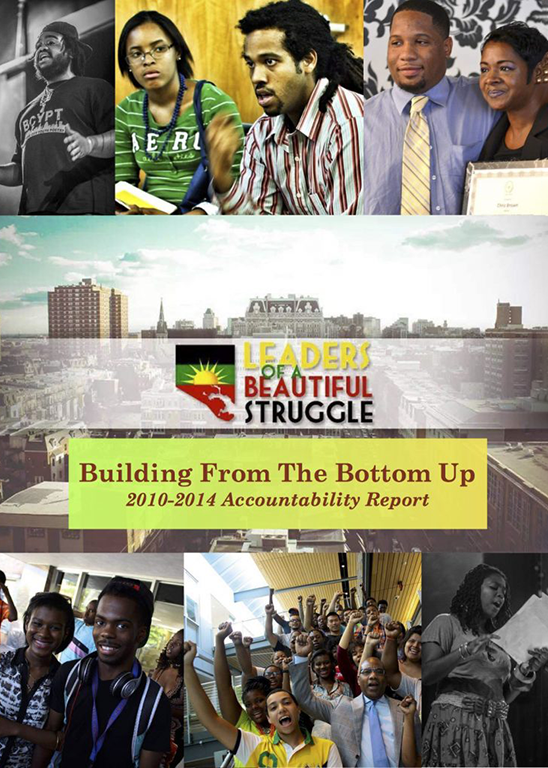