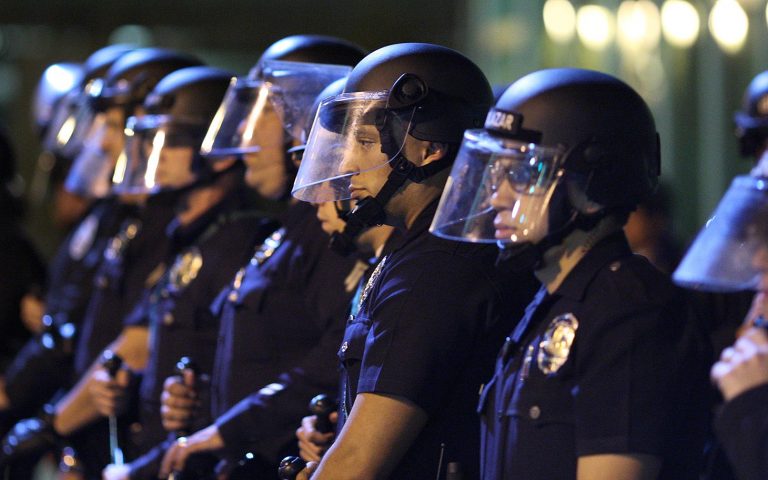 2021 MD Police Reform: Why is community oversight of police so essential?

Black people have been brutalized by police since the inception of the institution.

The societal stigmas of inherent pathology and criminality of Black people have been the basis for the brutality that Black people have faced at the hands of police.  Liberals approach this issue by pleading to the society to treat Black people better.  Liberals historically have looked to make policies from the perspective of wanting recognition of Black suffering by larger society.

Issues like outlawing discrimination, the affirmative action, banning racial profiling, body cameras, more police training, mental health evaluations are all policies that seek to make the institution of law enforcement treat Black people better.  These policies alone only work if we trust the institution (police departments) to enforce them.  Our communities have been asked to trust society, and the police to protect us.  They have failed.

We should not wait on the benevolence of well-meaning police to treat us better as a community. Instead, the community should be given the power to make the police serve them in ways that honor the community and not brutalize us.  Community oversight provides the mechanism for the community to ensure that it can levy consequences against officers that harm the community.

That is justice that is rooted in empowering the community and not continuing to be reliant on the benevolence of an institution that has failed to reverse the harm it has caused the community.

Letter written from the Detroit branch of the NAACP to the Mayor of Detroit regarding their advocacy on issues of police reform.

The excerpt below has their particular advocacy around community oversight.  This letter was sent in the summer of 1963.

“The Negro community presently lacks confidence in the ability of the Police Department to discipline those of its own men who discredit the police force by sadistic excesses. Proven and flagrant examples o f brutality against Negro citizens by some police officers have been consistently overlooked or handled by merely token disciplinary action.

Some few police officers have been repetitively involved in brutal incidents against Negro citizens. The NAACP believes that the police themselves should prefer cone mechanic which insures that the entire police force is not discredited by a handful of sadistic bullies. Mistaken group loyalty should not permit the rotten apples to contaminate the barrel. A Public Review Board consisting of citizens of integrity would be a protection to the reputation of the police and a reassurance to the total community. Thie Public Review Board should have its own investigating staff, and should be entirely separate iron the Police Department.

The extent, or even the existence, of police brutality is irrelevant to the need for a Public Review Bosrd. Opponents of the plan deny the existence or police brutality exists. Their suspicions alone justify tbs creation of such an impartial tribunal. The police, moreover, should welcome any opportunity to clear themselves from allegations of improper conduct particularly if they claim that such allegations are totally unfounded.”

Baltimore civil rights leaders who objected to the establishment of a review board with no power.

The Baltimore Sun on August 13, 1965 covers this issue advocated by local advocates.

“The reaction of civil rights spokesmen was uniformly critical. Mrs. Juanita Jackson Mitchell, State president of the National Association for the Advancement of Colored People, called the board totally unacceptable.” “Where are the citizens?” Mrs. Mitchell asked. “Where is the citizen’s right to an impartial hearing with power in the reviewing body to take disciplinary action?” The new system, she said, leaves investigation of complaints in the hands of the Police Department it- self “which is not anxious to find the truth but anxious to justify its officers.”

The Rev. Marion C. Bascom, speaking for the Interdenomina tional Ministers Alliance, said the evaluation board will not solve tensions between police and Negroes. What is needed, he said, is a board of civilians with stronger powers to act against police brutality and discourtesy. Watler Carter, of the Baltimore Congress of Racial Equality, call ed the evaluation board “completely inadequate and meaning less … in terms of bringing about any significant correction of police abuses. The board’s curtailed authority, Mr. Carter said, “will keep police who are guilty . , . from really being examined by the public.’ Like the others, he attacked the failure to include citizens with no governmental ties on the board,”

It is striking, and revealing, that the white liberal promise of basic racial equality under the law, and enforcement of the constitutional rights of all citizens, would be seen as such a breakthrough for “community relations” in Detroit. Less than one year before Cavanagh’s election, in December 1960, the NAACP and the Urban League had told the U.S. Civil Rights Commission that the city of Detroit was deeply and deliberately segregated in housing, education, and employment. The NAACP also had provided extensive evidence of the racist and segregationist aims of the Detroit Police Department, and this was before the crash program mobilized a biracial coalition of civil rights, labor, and religious organizations to demand reform and oversight of the DPD.

It is important to note that Cavanagh and Edwards did not endorse the most radical demand of the mainstream civil rights movement in the early 1960s: an independent civilian review board to investigate and discipline police for brutality and misconduct. Instead, the white liberal administration promised that the DPD would become a more professional and egalitarian organization, bringing about efficient and effective crime control through equal treatment under the law. If this was a liberal promise of a new direction in police-community relations, it is then worth recognizing that Edwards’s reform agenda was essentially to enforce the “Law Enforcement Code of Ethics,” in place since the mid-1950s, and to which every DPD officer already took an oath…

PrevPreviousSB 627: The Problem with Maryland’s “Repeal” of the Law Enforcement Officers’ Bill of Rights
NextThe ‘Baltimore Brew’ is a tool of white supremacyNext