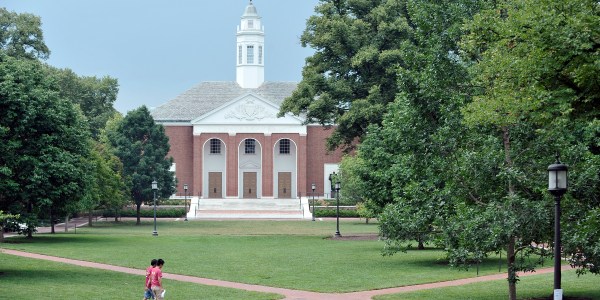 We’ll be posting updates on our work during session. Check back here to see updates on progress and an any actions!

This week the House Judiciary Committee will be voting on a bill –
HB 1094 / SB 793 – that proposes to establish a private Johns Hopkins police force.

The bill has gotten approval by the Senate, but it has not been approved in the House. The bill is currently being heard in the House Judiciary Committee. The fight is NOT over.

We need to continue to apply pressure so that this bill does NOT pass.

Contact the members of the House Judiciary Committee and tell them to VOTE NO on the Hopkins police force!

Tomorrow the Baltimore City Delegation will be hearing a bill –
HB 1094 / SB 793 – that proposes to establish a private Johns Hopkins police force.

Contact your state representatives and tell them to Vote NO on HB 1094 / SB 793.

Make sure in your message to them you remind them that you are their constituent.

If you can, show up TOMORROW @ 9AM at the
Baltimore City Delegation Meeting

It will be held at the Maryland Legislative Services Building:
90 State Cir, Annapolis, MD 21401
in the Joint Sub-Committee Room
(bring State ID)

We first want to thank the community for its support of our effort to oppose the effort to allow school police to carry firearms inside the school building during the school day.  It was your support, calls, and testimony that helped make this effort successful.

Governor Hogan has introduced HB236 which increases mandatory minimums for second-time gun offenders from 5 years to 10 years.  As we know, over-policing has created an environment that has overcharged many people who do not have the money to pay lawyers to effectively represent them in a trial.

We believe that mandatory minimums simply put more people in jail for longer periods, but do not achieve the goal of getting the people who are driving crime and violence in Baltimore off of the streets.  Studies have shown that increased penalties don’t deter crime; the certainty of getting caught deters crime.

We are also supporting efforts to repeal mandatory minimums, particularly as it relates to drug laws.  On the heels of the announcement by Baltimore City State’s Attorney Marilyn Mosby that she will not prosecute possession of marijuana, we are advocating that law enforcement focus on violent crime and getting convictions on those grounds, instead of casting the broad net of enforcing drug laws that track thousands of Black people into the criminal justice system.

We will fight vigorously against:

HB236 will be heard on February 25th.  We will provide more information as we get closer to the hearing date.

Johns Hopkins’ proposal for its police force iwill be up for consideration this session.  A separate police force that is controlled by Johns Hopkins creates another context where there will be less accountability of the officers in this force to the community that they operate in.

This would make the community politically defenseless in the case of police brutality.  The Black Student Union is opposed to this because of the dangers they feel it presents to them.

Many people suspect that we are a year or two away from Maryland becoming the next state to legalize marijuana. LBS is focusing on making sure that tax revenues that would be produced by this new industry in Maryland would be invested in the community most directly impacted by the War on Drugs. We will keep you updated on the progress of this as more details emerge.

Our focus this session will be on providing the Civilian Review Board with additional tools to more effectively investigate incidents of police brutality and misconduct. This will include greater access to internal documents and investigatory information. Additionally, it also include advocacy for more resources for the CRB to do more investigation of the police department. We will identify the bill number when the drafting process is complete.